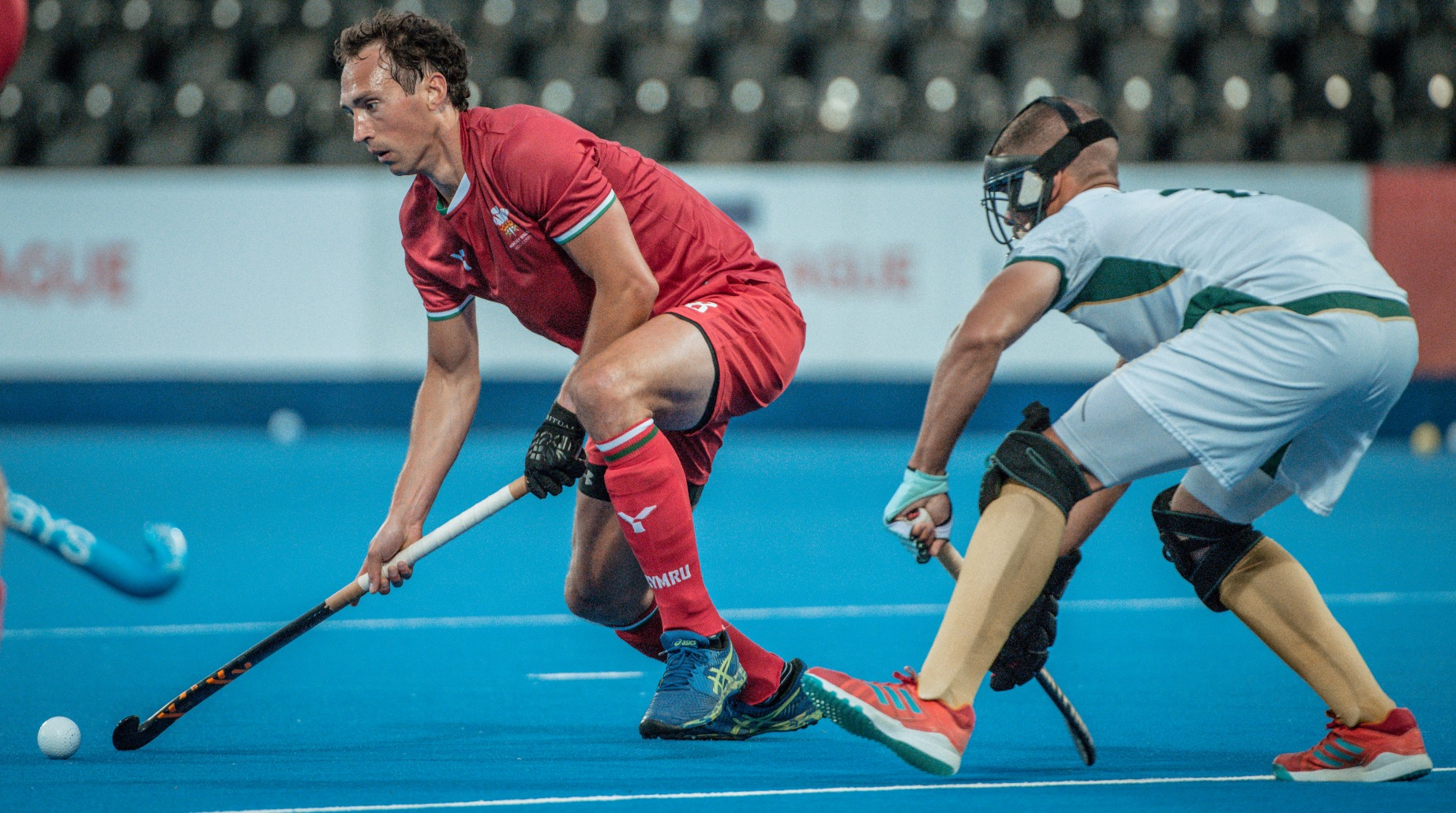 Wales are going to relish the rousing support of home fans and hope it will spur them to success at the Commonwealth Games, says captain Lewis Prosser.

Prosser, Wales’ most capped male athlete, says he doesn’t know what to expect at Birmingham 2022 but is ready to cherish the rare experience of a home games.

The squad had their final preparation for the Commonwealth Games over the weekend in a two-match test series against South Africa in Cardiff. They leave for Birmingham this weekend and play their first match on Saturday 30th July against Canada.

“Gold Coast I knew was going to be something similar, just maybe on a different spectrum. With multiple sites, I honestly don’t know what to expect.”

The 33-year-old is not new to the spotlight that a home games can bring, having played for Wales in Glasgow in 2014. Prosser insists that home comforts help to spur the team on to success and hopes this will give them the edge going into Birmingham.

“It will be great to have friends and family there. It’s another home games, which you don’t get many of, so I am just going to cherish it as much as I can and take in the experience,” says Prosser.

Representing Wales is a huge honour and the passion from the country’s top athletes is clear to see. What really sets Wales apart from the rest of the world is the bond between players, which you can see by looking at any Welsh side, in any sport, and this hockey team is no different.

Wales’ midfielder insists the team’s close bond will be key to any possible success that comes their way at the games.

“In any team sport, you don’t come across a team like us very often. I treasure our bond. I sound like an old man when I say it to the boys but it’s the reason we still play for Wales.”

Prosser is adamant that the increased exposure to the sport during the Commonwealth Games can only be a positive and the Welsh Captain hopes the teams’ performance, skills and determination will inspire the next generation to follow in their footsteps.

“This is going to sound very uninspiring but it’s something my dad (former Welsh and GB hockey player, David Prosser) banged on to me about – consistency is key. If you perform consistently over a period of time, you’ll be the most reliable person in that squad.”

“If you do that in any team, people look at you differently. Being the reliable person sets you apart from anyone else. In everything you do, if you’re consistent, turn up and are disciplined, you’re going to be successful.”