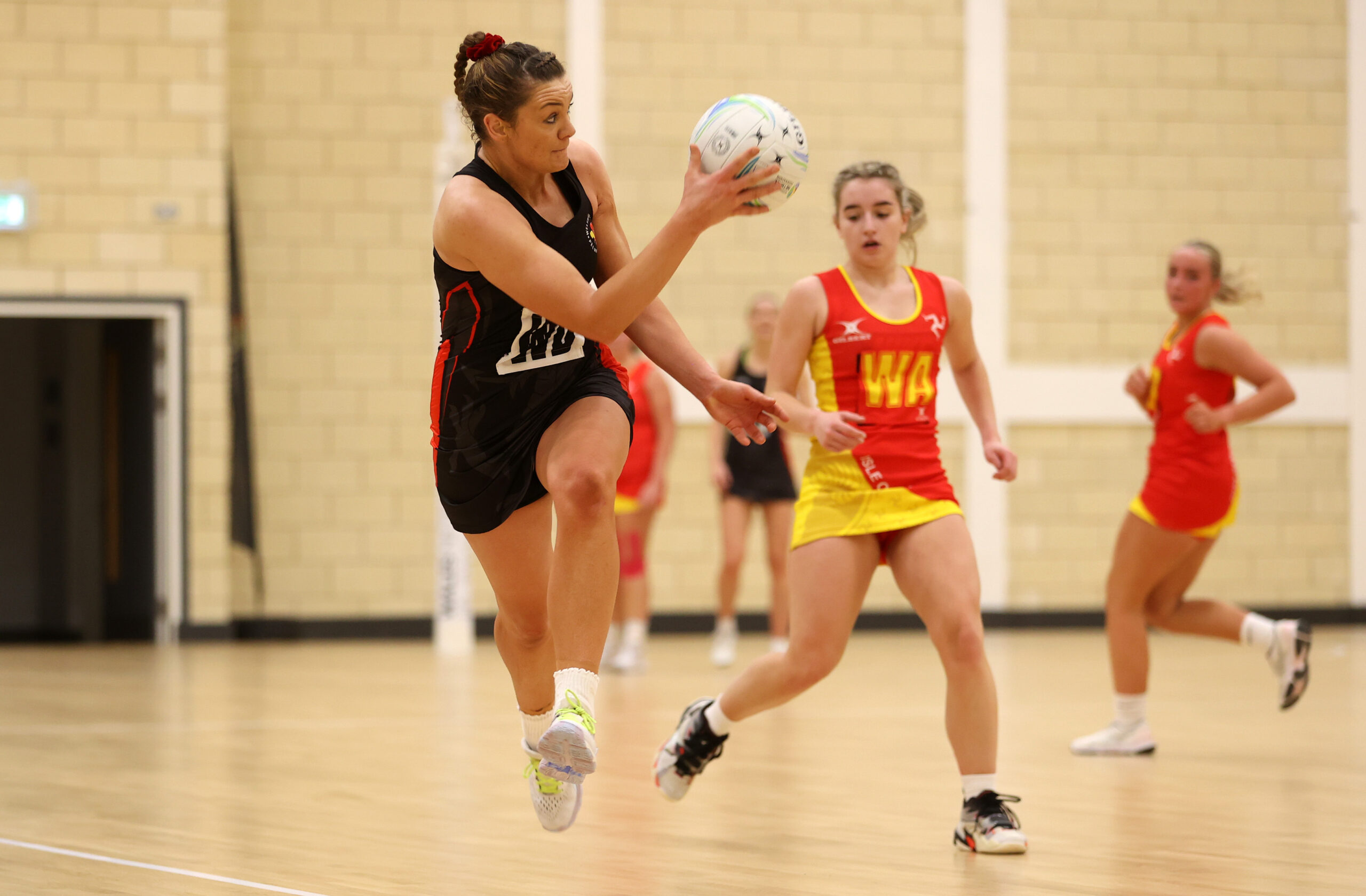 Wales' Nia Jones in action against the Isle of Man. Pic: Wales Netball.

Wales are close to securing their place in the netball tournament at the Commonwealth Games after boosting their world ranking.

Head coach Sara Moore’s team beat the Republic of Ireland, the Isle of Man, and Gibraltar at the weekend in a tournament played at Ebbw Vale to secure the Wendy White trophy.

It was the first international matches Wales have been able to host since 2019 and the victories have put them on the threshold of confirming their place at the Birmingham Games later this year.

Wales are currently ranked ninth in the world and so long as they remain within the top 12 International Netball Federation (INF) ranked nations by the end of January, they will automatically qualify for the Commonwealth Games.

Wonderful weekend in Ebbw Vale for the #oneillswalesseries Huge effort from Teams, Management and Volunteers to ensure a COVID safe environment! pic.twitter.com/DpKj6BaRFo

Wales are ninth with Ireland back in 26th, the Isle of Man in 27th, and Gibraltar in 34th.

Moore’s side enjoyed convincing victories – 69-13 against the Irish, followed by an 87-25 win over the Isle of Man and an emphatic 82-27 beating of Gibraltar.

“Our aim is to qualify for the Commonwealth Games and the World Cup [in 2023] beyond that,” said Moore.

“We knew we had to do that in a specific way this year. We had challenges bringing teams over and being able to travel.

Congrats to our Player of the Series, Ella Powell-Davies!#oneillswalesseries pic.twitter.com/TUvfhHDF4h

“We had to re-think how we did things and it was quite strategic, the way we went about it.

“We knew winning here was going to be super important for [Commonwealth] qualification so I hope we’ve done enough.”

The 2022 Commonwealth Games will take place in Birmingham between July 28 and August 8 this year.