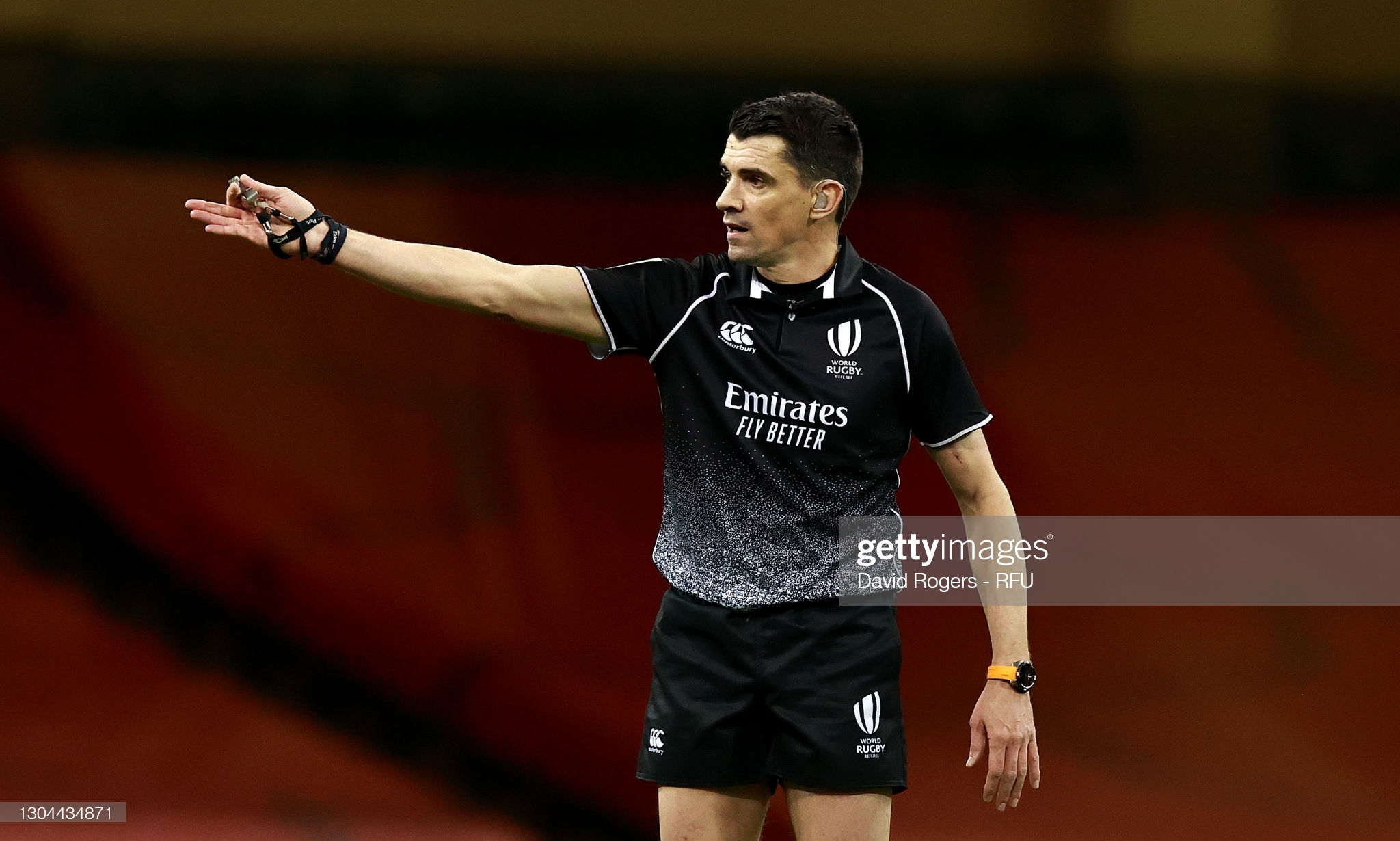 Wayne Pivac has admitted French referee Pascal Gauzere got it badly wrong at the Principality Stadium – he should definitely have yellow carded Maro Itoje.

Whilst all the focus may have been on Gauzere’s controversial decisions to allow tries for Josh Adams and Liam Williams to stand in Wales’ 40-24 Triple Crown-clinching victory, the Wales coach pointed to another decision by the official.

Itoje conceded five penalties on his own as England’s discipline fell apart in the later stages of the match and Pivac – whose own team were far more streetwise – admitted he expected the England second row to be sent to the sin bin.

“Yes, probably before half-time on the fourth one (penalty conceded).

“A lot of people may have thought that, at 24-24, England were coming pretty strong at us. But our guys found another gear again and we are very pleased with that.

“For me personally it’s about the players and providing them with an environment where they can come in and get the job done, keep improving.

“Hopefully, we are doing that and people are seeing that the hard work is starting to pay off. But there are still two big games to go.”

Pivac says there is no danger of Wales allowing themselves to be carried away by the Triple Crown triumph and thumping victory over England.

The 40 points scored was the highest total a Wales team has ever scored against their fiercest rivals.

And they are now closing in on the Six Nations title, with Italy and France to be tackled away from home next month.

Two more wins would also secure a Grand Slam and, if Wales beat Italy with a five-point maximum and results elsewhere work for them, they could possibly land the title a week early.

“We talked about it being a special day for a lot of reasons – George North’s 100th Test match, some silverware on the line and the opportunity to go deeper into the competition and push on,” Pivac said.

“It was a special day, the weather was good and we went out there and got a bonus-point win. You have to be proud of the performance.

“We have already spoken briefly about the importance of the next game. It would undo a lot of very good work if we didn’t focus on that game and that game alone.

“We have to make sure we go out there (to Italy) and put in another solid performance and hopefully get the points. The last weekend will take care of itself.

“Because we haven’t really played the house down yet, we have well and truly got our feet on the ground. The players have talked about that already.

“We will be working really hard, looking at the Italians and doing all of our usual reviewing of our performance and previewing them.”

“I thought he was fantastic,” Pivac added. “After missing a couple of kicks up in Edinburgh, to come on in that situation, a very tight game, he had three difficult kicks and hit all three of them well.

“I am just pleased for him. His general play was solid. I thought all the boys coming on added something to the game.

“Callum is doing everything that we are asking of him, and he is enjoying being in the environment.

“He is just a young guy that is really enjoying the environment, he is expressing himself and he’s doing very well, along with a lot of other players.

“We want to have competition across a lot of positions, and we want that selection headache every week.”

While acknowledging that Wales were “worthy winners” as his own team’s kamikaze discipline yielded 14 penalties, Jones made it clear that by awarding dubious tries to Adams and Williams, Gauzere had made two crucial interventions.

“They’re huge decisions. We can’t debate it, we are not allowed to debate it. All I will end up with is a fine and that won’t help anyone,” said Jones.

When asked if the decisions changed the game, Jones replied: “Well, they get points maybe they don’t deserve and we have to fight to get back into the game.

“There were times we gave away penalties we shouldn’t have, it was just from the effort and sometimes you get in situations where emotionally you struggle because of the circumstances and you try too hard. That happens.

“Whenever you get beaten and bettered by a penalty, then discipline is an issue. But there were bigger issues in the game than that, and I will let you discuss them.

“Wales worthy winners. We take full responsibility and don’t blame the referee. But sometimes there are circumstances that happen that are difficult to handle and weren’t good enough to handle them.

“I want my dog to eat food, so I am not going to say anything.”

England played their best rugby of the tournament with a number of under-performing stars including Owen Farrell and Billy Vunipola stepping up, but having fought back with tries from Anthony Watson and Ben Youngs to level 24-24, their discipline imploded once more.

“We played some good rugby. We got in their 22 eight times compared to their six times, which gives an indication of the quality of our play, but you’ve got to be able to convert that which we weren’t able to do,” Jones said.

“We were pleased with the effort of the team. No one can say we aren’t a hard-working and honest group. We’ll learn from this. It’s a great lesson for us.”