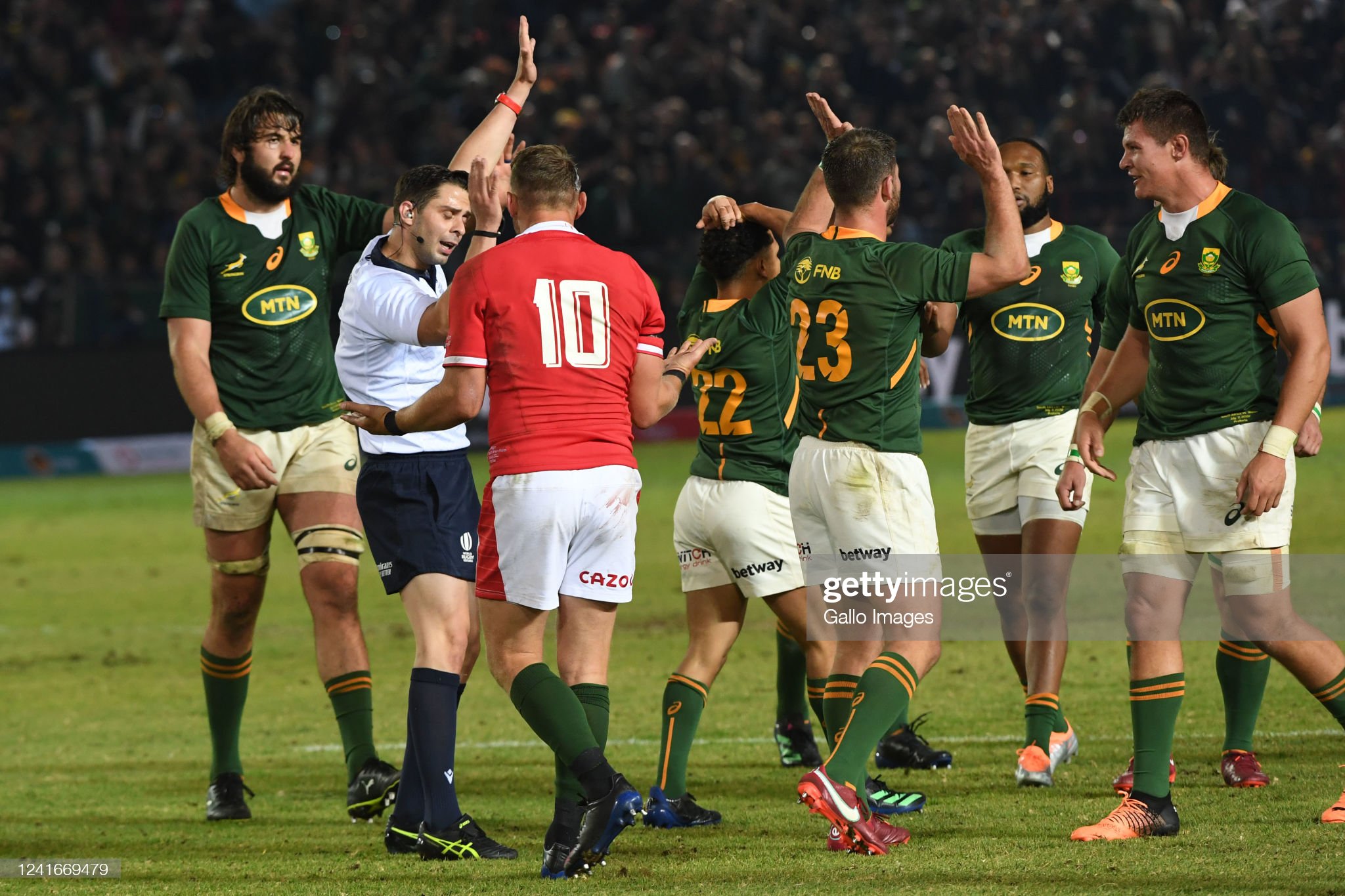 Damian Willemse’s penalty with the final kick of a pulsating opening Test in Pretoria denied Wales a draw as South Africa triumphed 32-29.

But Wales, who were left reeling by a Guinness Six Nations home defeat against Italy just three months ago, showed more than enough to suggest that making history is not beyond them.

They have never beaten the Springboks in South Africa, yet their last two attempts produced three-point and one-point defeats.

And for large parts of an epic Loftus Versfeld encounter, Wales had Siya Kolisi’s team in serious trouble.

“We have got to look at the positive things we did in the game. We set ourselves up to win it, so we did a lot of very good things,” Wales head coach Pivac said.

“We have got to make sure we have a similar sort of start next week. South Africa will no doubt improve, and hopefully we will improve.

“It sets itself up for a good second Test. You have got two teams highly-motivated, highly-charged, no doubt.

Shame about the result, boys can hold their heads up high!! Atmosphere was electric ⚡️ onto next week 🏴󠁧󠁢󠁷󠁬󠁳󠁿 @WelshRugbyUnion pic.twitter.com/dXhdBpMRTN

“We will just look forward to having a couple of days to get ourselves back in shape to do it all over again.”

Wales captain Dan Biggar said: “For us to put up a show in the first Test at altitude and against the world champions, there is no reason why we can’t get better next week.

“The Springboks might get better for next Saturday, but I would like to think we will, too.

“We were very confident going into the game that if we stuck to task we would be right in the mix.

What a start for Wales as Louis Rees-Zammit finishes off a blistering attack! 🏴󠁧󠁢󠁷󠁬󠁳󠁿

“Nothing changes from our point of view from this week to next. If anything, we have gained a bit of confidence.”

The second Test in Bloemfontein will be another at altitude, yet Wales adapted brilliantly to the conditions at Loftus Versfeld.

At one stage during the final quarter, Wales were briefly reduced to 12 men.

Pivac said: “We will have to go away and look at that, as we will always do.

“Four yellow cards is a pretty tough one to take, but that is how it panned out and unfortunately we didn’t quite get across the line.”

Pivac looks likely to field an unchanged starting XV at Free State Stadium, but one switch seems certain on the bench, with prop Tomas Francis having taken a blow to the head.

It could mean Pivac handing a place among the substitutes to Saracens’ Sam Wainwright or his fellow uncapped tighthead Harri O’Connor.