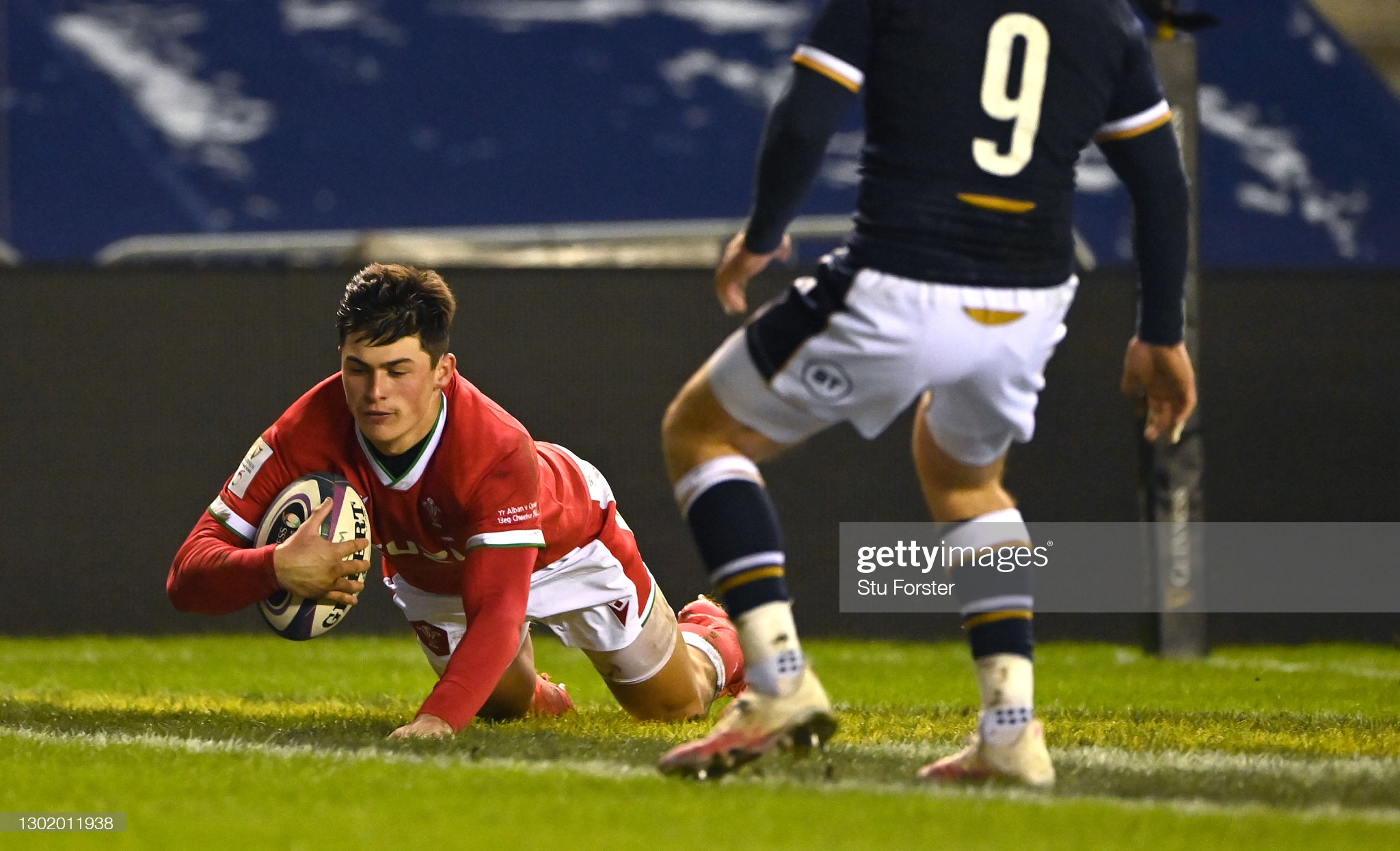 Rees-Zammit, making only a second Six Nations appearance, followed up his touchdown against Ireland last weekend with two more, including a brilliant individual effort from just inside Scotland’s half.

It was the kind of impact that has got pundits such as Jonathan Davies already tipping Rees-Zammit for a Lions tour place this summer.

Scotland were looking to build on last week’s historic Twickenham win over England and got off to the perfect start at Murrayfield with tries from Darcy Graham and Stuart Hogg.

But their hopes were wrecked when Zander Fagerson was sent off for a dangerous clear-out in the second-half, and Wales ruthlessly exploited their numerical advantage.

Assessing the 20-year-old Gloucester star’s display, Pivac said: “He was exciting with the ball, wasn’t he? He took his opportunities very well.

“He has still got work to do on his game, without the ball, and that is the exciting thing. He is going to be a very exciting player for us, going forward.

That’s how you win a #SixNations thriller in style. pic.twitter.com/fWRRtTdhul

“He has got confidence with the ball in hand, he has got the pace, and you can’t coach that. He is very, very quick.”

Rees-Zammit touched down just before half-time to keep Wales in the contest, and his second try – after Liam Williams and Wyn Jones had also scored – confirmed a bonus-point win and a first away victory of Pivac’s 12-Test reign.

Pivac was without a quarter of his original 36-man Six Nations squad due to injuries or suspension, and he added: “It was a great result for our team, our squad.

“We had to go deep into the squad in certain positions with the injuries we’ve had. It bodes well for the future.

“Everybody put their hand up when they needed to. The atmosphere in the group, the environment in training is a very good one.

“I think it was evident to everyone there that it wasn’t the complete performance. It’s only round two of the tournament and we would expect to be improving every time we take the field.”

England are next up for unbeaten Wales later this month, and Wales captain Alun Wyn Jones said: “First things first, you know how quickly this game moves on, so we need to make sure the recovery is right.

Louis Rees-Zammit gets Wales right back in this game just before the half! 💪

It’s pretty scary to think how many trys this guy will score for Wales in the next few years…#GuinnessSixNations #SCOvWAL pic.twitter.com/gmhYLWmH8v

“We are aware they (England) had a good win today and are back on track. We will be back at the Principality Stadium, so we will regroup and improve on the parts we need to improve on after today.”

Fagerson was dismissed for a shoulder-led challenge into Wales prop Wyn Jones at a ruck, which left Scotland head coach Gregor Townsend in reflective mood.

“They showed one slow motion angle to begin with, then took ages to find another one.

“The TMO (television match official) did say that, because of the player’s late movement, you should make sure there is no mitigation there, but I thought the whole process could have been much better.

“It is obviously very serious when someone gets a red card and it just felt that there wasn’t the right angles or a proper discussion. There was a discussion between the team of three when they were waiting for the angles and they seemed to make their mind up then.

“We get on with whatever decision the referee has made and there is nothing we can do about it now.

“I really believed that we could still win. The effort and the skill the players showed in that last 10 minutes was outstanding.”

Two-try Scotland skipper Hogg said: “We stuck at it and played right to the very last second. On another day we would probably win that game.

“For long periods of the game we were very much in control. We were playing in the right areas and causing Wales problems.

“We are very much focused on playing against France in a couple of weeks now. I fully believe we can go across to France and win.”

3 thoughts on “Wales Coach Wayne Pivac Warns The World: Louis Rees-Zammit Can Get Much Better Than This”