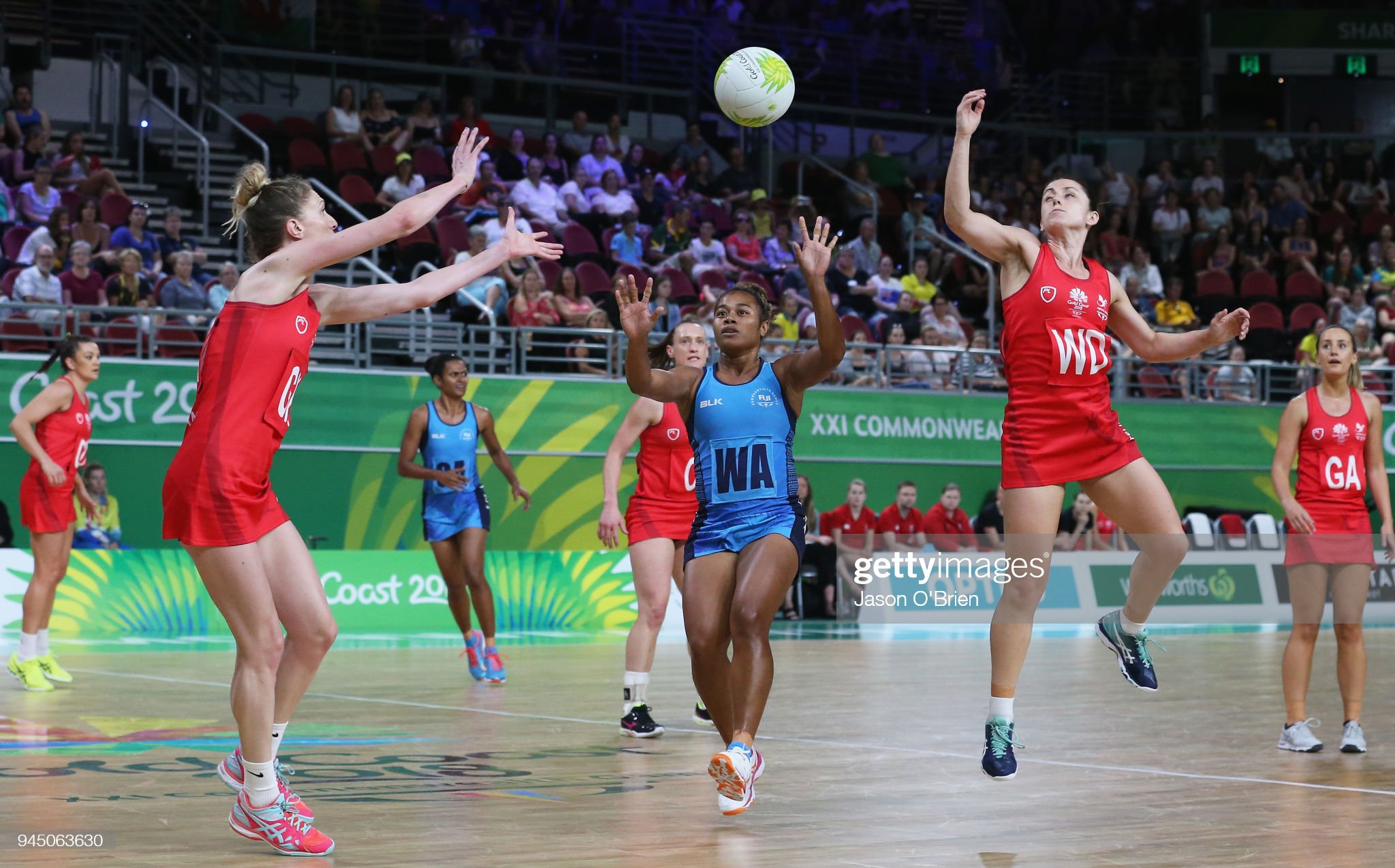 Kelly Morgan of Wales in action against Fiji at the 2018 Commonwealth Games. Pic: Getty Images.

Wales, Scotland and Northern Ireland’s netball teams will all compete at the Commonwealth Games in Birmingham after securing three of the final six qualification spots.

Uganda, Trinidad and Tobago and Barbados are the other three teams to take final qualifying spots and join England, Australia, New Zealand, Jamaica, South Africa and Malawi this summer.

Wales’ place was confirmed after they recently moved one place up to eighth position in the last World Netball rankings.

The 12-team netball competition will take place at the NEC Arena from July 29 to August 7, with hosts England as the defending champions after their triumph on the Gold Coast in 2018.

Shooting their way into Birmingham 2022 (@birminghamcg22), we have our final 6 qualifiers🤩👏

“The Commonwealth Games is always a highlight in the netball calendar for the players, officials and netball family, and with this exciting line-up I am sure Birmingham will live up to that expectation.”

The qualification deadline was January 21 and at that point, the Commonwealth Games Associations ranked seventh to 12th secured qualification.

Although Barbados finished in 13th, they take the place of 12th-ranked Zimbabwe, as Zimbabwe are not a Member of the Commonwealth of Nations.

The news is out. We are going to Birmingham🏴󠁧󠁢󠁷󠁬󠁳󠁿!

We are so excited and can’t wait to compete as the 8th ranked team in the world!

Click the link below to read the full article👇https://t.co/RVEXYk5FLH pic.twitter.com/I9CikY5Zpw

Northern Ireland finished the last Commonwealth Games in eighth, Scotland ninth and Wales 11th on the Gold Coast in 2018.

Wales head coach Sara Moore said: “It is really pleasing to have confirmation of our qualification for the Commonwealth  Games in Birmingham 2022.

“As a group we have been transparent about our aspirations and targets and qualifying for Commonwealth Games was one of those, so it’s great to have achieved that.”

“Wales Netball absolutely need to have a team represented in every major tournament moving forward, whether that’s a Commonwealth Games or a World Cup, and as a group we are committed to delivering that. It’s a fantastic achievement for the team, and for Wales.”