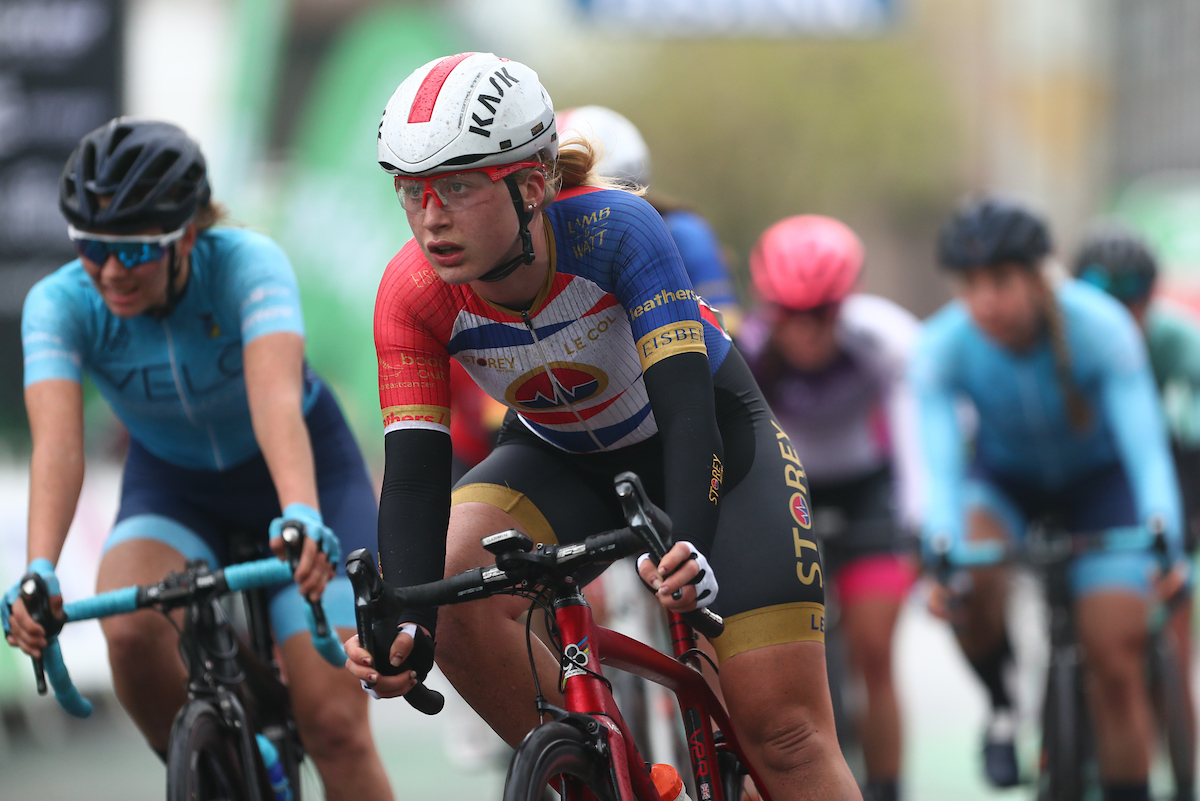 Elynor Backstedt is one of Welsh cycling's brightest prospects.

Welsh cyclists will make up 50 per cent of the Great Britain team at the UCI Junior Track World Championships in Germany later this month.

The six-strong Welsh contingent in the GB squad follows some outstanding performance at the recent European Junior and  Under-23 Championships in Ghent.

Backstedt returned from Ghent with two golds and a silver and was two tenths of a second away from a world record in the individual pursuit, while Finucane claimed two silvers and a gold. Barnwell also picked up two silvers.

Welsh Cycling CEO Anne Adams-King said the large proportion of Welsh riders selected for the championships in Frankfurt was testament to the work being done here.

“It’s testament to the programmes we have in Wales and the fantastic work undertaken by our HSBC UK Go-Ride clubs in providing a safe and supportive environment that allowed these young riders to get involved in the sport back when they started. Pob lwc to the whole team taking part.”

British Cycling’s performance pathway manager Tom Stanton said: “We have selected 12 junior riders for this year’s world championships and as always with our pathway riders, the key focus is providing development opportunities which can be capitalised on in the future.

“All of the riders selected for the worlds competed at the European Championships earlier this month and we saw some promising performances as well as a medal haul of four gold, five silver and one bronze medal.

The riders now have the opportunity to springboard up a level and compete against a world-class field in each of the disciplines.

“We’ll be looking for the riders to put into practice what they have learnt so far and to build on their performances from the European Championships, and I am confident we have selected a team who will not only benefit from this experience but also deliver some podium results.”