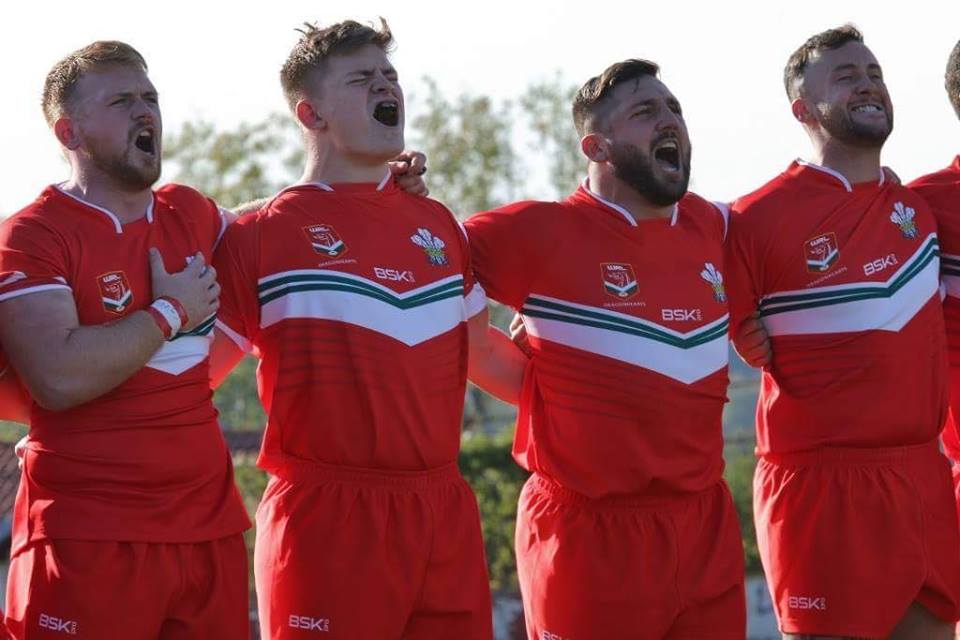 Wales Dragonhearts were beaten by Serbia in a hard-fought game in Belgrade in the first of a two test series.

The try count was four-all with both sides each converting twice, and it was only Dzavid Jasari’s 60thminute penalty that gave the home side the win.

Wales selected all of their side from the country’s thriving community game following a successful three-side Origin series, whilst 13 of Serbia’s 17 play their rugby league in Belgrade, eight of them from the country’s champions Red Star, who will be entering the RFL Challenge Cup next season.

Serbia also fielded three Australian-based players, two of whom scored tries, who were flown in readiness for Serbia’s full international against France on Sunday.

The home side took the lead on four minutes after Vladimir Milutinovic forced his way over with Milos Zogovic unable to convert.

Then Wales had a 6-4 advantage on 16 minutes after a Connah Harding try that Mike Hurley easily converted.

Serbia regained the lead from kick-off when Brandon Janjic scored near to the corner with Jasari missing the goal on this occasion.

Wales went back into the lead in the 24th minute after Brett Thomas scored in the corner. Hurley’s conversion attempt hit the crossbar and came out.

But Wales levelled just after the half-hour when Sam Pridgeon scored a well-worked try in the corner, making it another difficult kick for Hurley who swung the ball wide.

The score remained at 14-all at the break but Serbia regained the lead within a minute of the second half when Jonathan Kresst scored in the corner and Jasari did well to convert.

Wales were soon level. Following a penalty, Shane Lee went on a mazy run to set up Mark Jones to ground just right of the sticks with Hurley converting.

The game stopped for over five minutes after a collision left Wales’ Dafydd Jones having treatment and eventually needing to go off and have stiches – one of many stoppages for injuries and penalties in a half that lasted nearly 55 minutes. When play resumed on this occasion, Jasari kicked a penalty to edge Serbia into a 22-20 lead.

Wales pressed for a winner but the Serbian defence held out well under pressure in the final ten minutes, and when the Dragonhearts gave away a penalty whilst on the attack in the final minute of the game, that was that and the Serbs had secured their win.

Dragonhearts captain Mike Hurley said: “I thought we were the better side, especially in the first half, where it was just errors from us that let Serbia in. Our defence, up against a very big and physical side was outstanding. We stuck to our game plan and it worked, scoring three outstanding tries.

“The second half was a different story and after some positional changes due to injuries, we lost our shape and direction. However our defence was again tireless and the boys really worked hard.

“The score reflected how close the game was and with Serbia kicking a penalty, it showed how fearful they were of us.

“I think we chased the win too early and with a bit more composure, discipline and structure we should have won the game. We all feel that was a game that got away.

“We will regroup get a couple of training session in and concentrate on the next game on Saturday.”