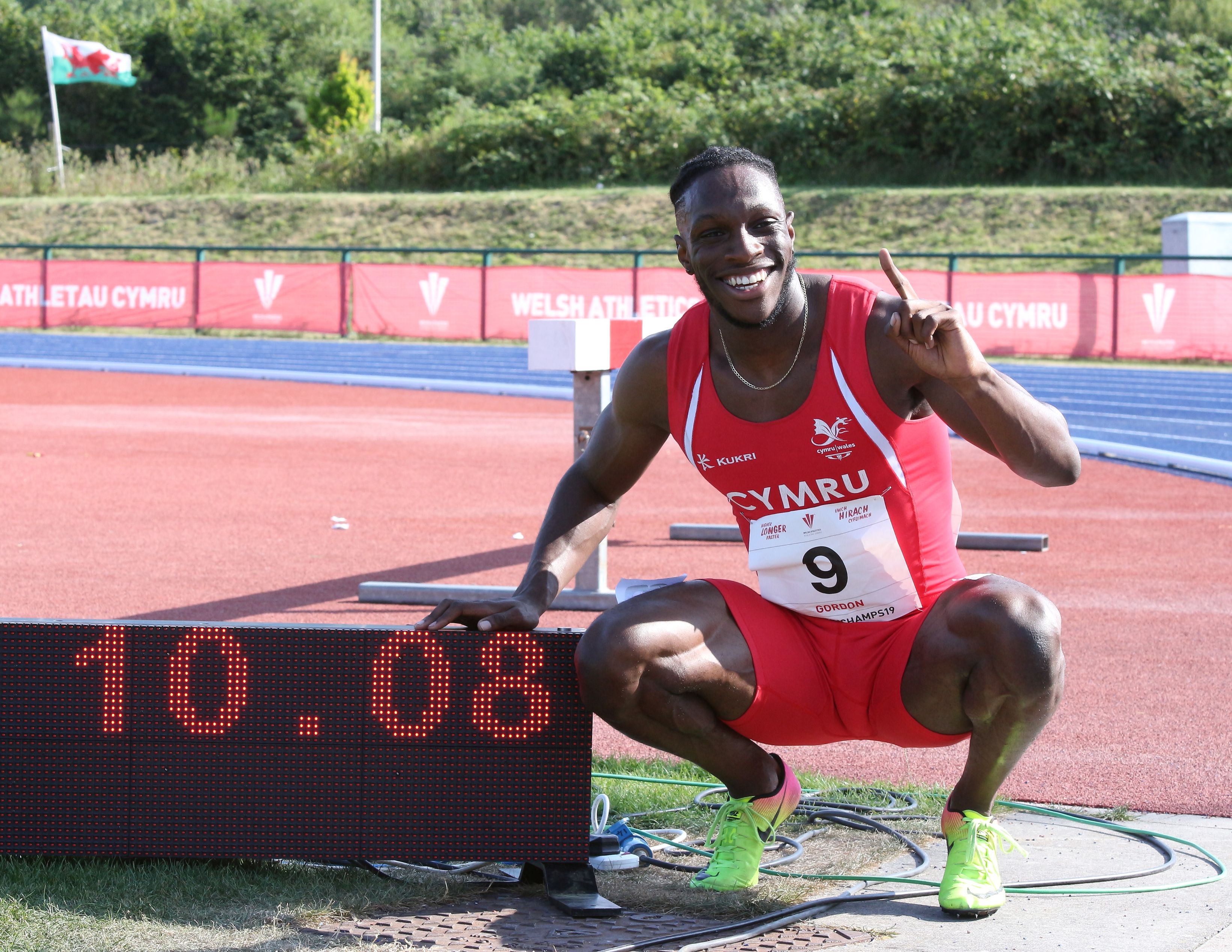 The unofficial fastest man in Wales has set up a fund-raising page in order to help him achieve his dream of competing in the 100 metres at next year’s Tokyo Olympics.

Sam Gordon – who recently clocked the fastest ever time by a Welshman with a wind-assisted 10.08s in his home city of Cardiff – is aiming to raise £25,000.

The money would allow Gordon to train as a full-time athlete as he bids to earn a place in the Great Britain squad for Tokyo 2020.

Calling on the public to support his fund-raising campaign on GoFundMe, Gordon this week tweeted: “Please check out my new campaign to help me get to the Tokyo 2020 Olympics.

“Let’s put #Wales back on the sprinting scene!

“Please share with your family, friends and whoever you may think would be interested in supporting the journey!”

While many of his rivals for the GB team are full time athletes thanks to sponsorship and Lottery funding, the man who has run faster than Welsh sprinting legends like Ron Jones, Colin Jackson and Christian Malcolm, currently combines training with working as a sports activities coordinator in schools around the Vale of Glamorgan.

“People saw me in the Birmingham Diamond League, they saw me representing Great Britain last season, so they must think ‘oooh, you’re making a buck, you’re making so much money, but realistically, I’m not.”

“Most of the top athletes in Great Britain have a vast sum of money backing them due to the Lottery funding that they have but I’m probably on 10 per cent of what they are earning, so what that means is I do still have to work.

“I do thoroughly enjoy my job but balancing it with training, like any other athlete will say, is very tough because you are lacking the recovery you need.”

As well as dreaming of competing at Tokyo, Gordon wants to be the first Welsh athlete in history to dip under the magical 10.00 second barrier.

Gordon is confident that as a full time athlete he could go under 10 seconds . . . and even faster, which would more than put him in contention for a place in Tokyo.

The IAAF this week approved the Olympic qualifying standards, which are the toughest in history.

The qualifying standard for the men’s 100m in Tokyo is 10.05, however a number of British athletes have already achieved that time.

Gordon is currently ranked 22nd in the UK this season thanks to his fastest legal time this season of 10.37, registered winning the recent Belfast International.

One of those ranked ahead of him is 18-year-old compatriot and Cardiff clubmate Jeremiah Azu, who clocked 10.27 in May, but subsequently suffered a potentially season-ending hamsting injury at the World Junior Championships last month.

Gordon feels the chance to train full time would put him on an equal footing with his rivals for the GB team Olympic team.

The 24-year-old will get a chance to test himself against his domestic peers later this month when he lines up at the British Championships in Birmingham against the likes of Hughes, Prescod and Gemili, as well as CJ Ujah and Harry Aikines-Aryeetey.

Anyone wishing to support Gordon’s campaign should go to his gofundme page at: