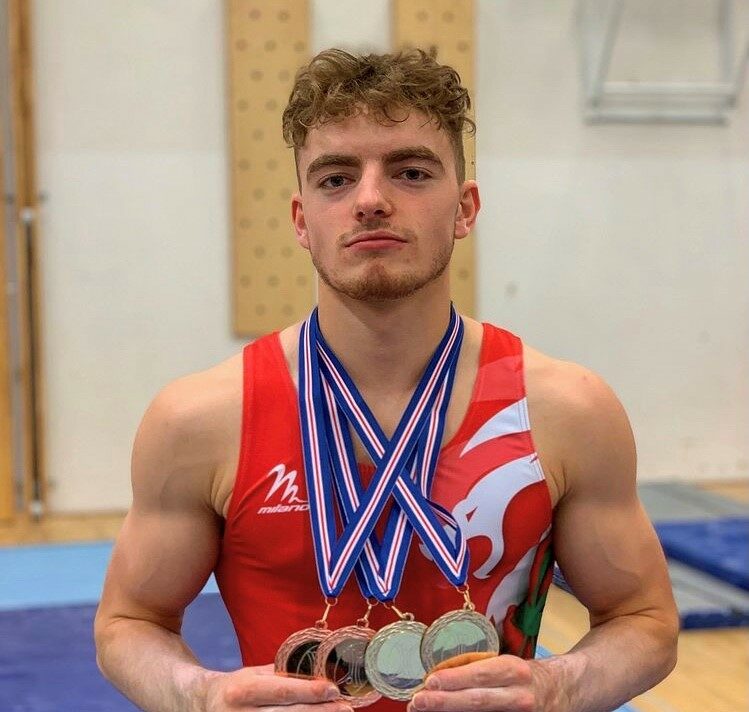 Joe Cemlyn-Jones has his sights on next year's Commonwealth Games and the 2024 Olympics in Paris. Pic: Welsh Gymnastics

The Bristol-born men’s artistic gymnast, 21, who also represents Wales thanks to his Welsh grandfather, will be back in action at the event which takes place between 27-30 May.

After success throughout the age groups as a junior, Cemlyn-Jones turned senior at the start of 2018.

He won gold on parallel bars and horizontal bar at the Northern European Championships in Iceland in 2019.

At the same event, he also took silver in the individual all-around competition, as well as bagging bronze on rings and pommel horse, and was part of the Wales line-up that collected team all-around silver alongside Brinn Bevan, Emil Barber, Josh Cook and Jacob Edwards.

Cemlyn-Jones, who trains out of the City of Birmingham club, is on the Long List of Welsh gymnasts eligible for nomination and potential selection for next year’s Commonwealth Games in Birmingham – while he also has his sights set on a GB spot at the Paris Olympics in 2024.