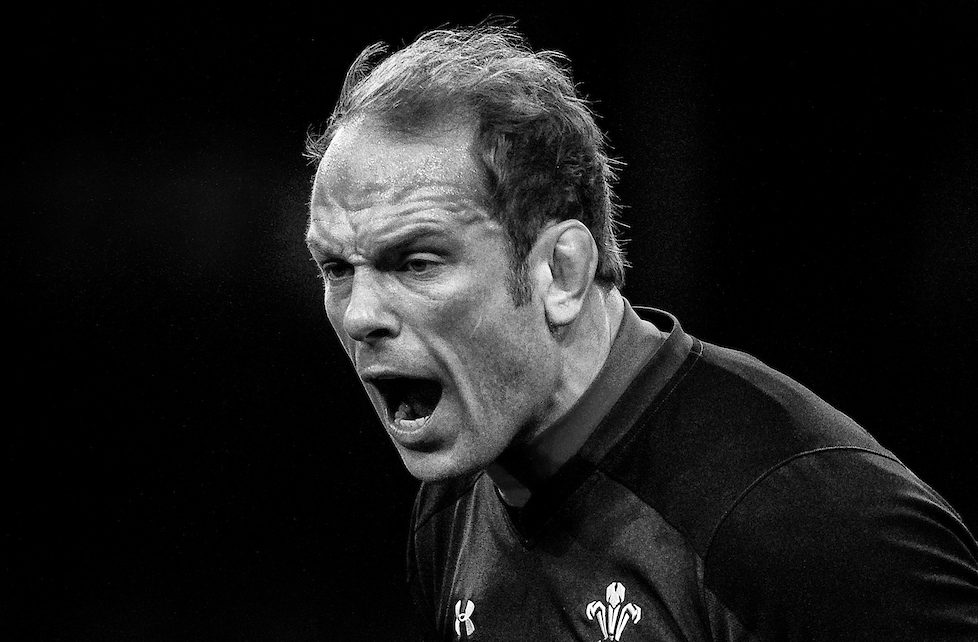 It has been highlighted by former England World Cup winner, now pundit, Matt Dawson in his BBC online column in which he compared the leadership the Wales captain provides to that which England have under their skipper Owen Farrell.

Dawson said: “Because there are no fans, you can hear everything now. I hear the England players and it is all cajoling and tapping people on the bum telling them it is OK when they have just given away their 13th penalty.

“Then you look at Wales captain Alun Wyn Jones when something does not go right he has this steely look about him.

“I was co-commentating with Wales fly-half Rhys Patchell and he called it the ‘Alun Wyn stare’. Everybody knows if you make a mistake and he gives you one of those looks, you are never going to do it again.

“That does not exist within this England team. They are all best mates and loving every minute of being part of the England camp, but there is no friction.”

He added: “For all the record-breaking experience that this England team have, in a weird kind of way they do not actually have the right type of leadership to win rugby games.

“I want to see a player going up to another England player, in his face, telling him to stop giving penalties away. Screaming at the forwards when they get into a decent area so that they do not concede any penalties.”

Dawson believes Wales can now go on to win a Grand Slam as the postponement of the France v Scotland game may undermine French preparations.

He added: “Wales remain on course to win a Grand Slam after claiming the Triple Crown but they have a tough fixture in France on the final weekend.

“Wayne Pivac’s side will go to Rome in the next round full of confidence and Italy are not going to cause a problem.

“France’s game against Scotland was postponed because of a coronavirus outbreak in the French camp, so who knows where France are going to be in a couple of weeks’ time? But Wales are right on it.

“They have history of building momentum when people have written them off. Wales have got people like Jonathan Davies, George North, Alun Wyn Jones and Justin Tipuric – players who have done it before and know how to bottle up winning ways.

“The tournament so far has been epic so it would be disappointing if the France v Scotland game is not played soon.

“It is set to be an incredible final game between France and Wales in Paris.

Wales may be Triple Crown winners but they’ve got a way to go until they’re the finished article, according to captain Alun Wyn Jones.

A thrilling contest at Principality Stadium saw Wales edge a back-and-forth first half 17-14 thanks to tries from Josh Adams and Liam Williams.

But the hosts pulled away with a dominant display in the second half and further scores from Kieran Hardy and Cory Hill secured a bonus-point 40-24 win to clinch the Triple Crown, which now leaves them on a collision course with France to decide the fate of the 2021 Guinness Six Nations title.

Having had such a tough 2020, the turnaround of Wayne Pivac’s side this Championship has delighted the Welsh captain while he also laid down a warning to Fabien Galthié’s men: we’re not finished yet.

“I think we probably had a tough time through the Autumn Nations Cup, we can’t shy away from that,” Jones said.

“I think we showed character in the previous two games and we’re not going to say we haven’t had a bit of luck as well. The bounce of the ball and decisions but if it wasn’t us it would be someone else.

“I still truly believe we’re not the finished article. I thought we played quite a bit with ball in hand today and we’ve played previous games and that’s got us into trouble as well so I’m pretty pleased with how it went today.”

Jones insists that more important than the refereeing decisions was the belief which he and his teammates had, and which shows no sign of stopping.

Jones added: “The tough thing is if the decision [Dan Biggar’s quickly-taken penalty] had gone against us he [referee Pascal Gauzere] probably wouldn’t have listened anyway.

“Sometimes it’s those decisions that happen and we’re told to leave the refs alone as much as we can and I’ve probably been too familiar with refs at times, so it probably wasn’t my place to step in.

“[On the Louis Rees-Zammit knock-on incident] I’ve played a few games and been on the end of those decisions as well, so it’s up to the officials to make those decisions.

“I think you look at the two halves and they’re almost carbon copies in a way because we succumbed with our discipline to two pens that obviously got England back in the game and then we had those three pens late on in the second half.

“Sticking to the plan and a bit of belief and you can achieve and luckily we did here.”