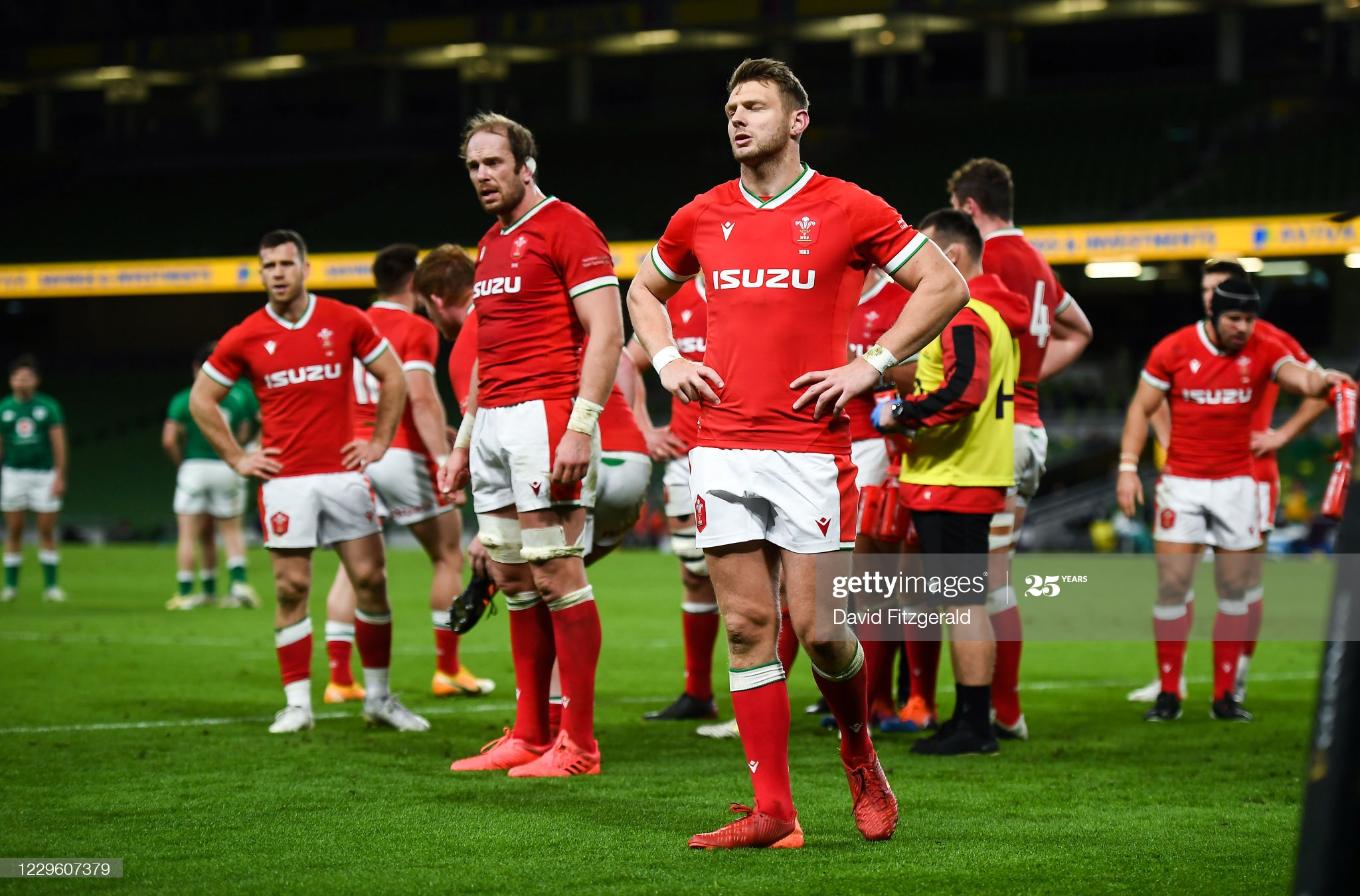 Georgia on my mind: Wales have to end their six match losing streak next week after defeat in Dublin. Pic: David Fitzgerald/Sportsfile via Getty Images

Pivac’s side were ruthlessly punished for conceding a stream of penalties and never looked likely to threaten to score a try in Dublin.

Ireland’s Kiwi-born flier James Lowe summed up a sorry night for Wales’ when he claimed his debut try with the last move of the match.

That ‘sinking ship’ former England wing Ugo Monye said Wales had become plumbed a new depth as they made it their worst run for eight years.

Wales should end that losing streak against Georgia in Llanelli next week. They have to in reality.

“It is a must-win,” said former skipper turned pundit Sam Warburton. “They need a W on the board, nothing else matters.”

But given their only other wins in Pivac’s reign came against the Barbarians and Italy even a victory is unlikely to ease the pressure on the Kiwi.

Wales – who saw defence coach Byron Hayward leave after the defeat against Scotland – look a shadow of the side that reached the RWC semi-final just 12 months ago.

And wing George North took his test tally for Wales and the British & Irish Lions to 100 after coming on as a second-half replacement.

Outside-half Callum Sheedy also came off the bench to win his first cap though he had little chance to show what he can bring to the party.

There was no doubting Wales’ spirit as skipper Jones and Liam Williams showed as they got involved in early confrontations.

But they lacked the ball to ever threaten the Irish line with the backs starved of any meaningful attacking possession after from a brief spell after the interval.

Ireland v Wales – the refereeing of the scrums is mystifying.

And they were hammered in the set-pieces – the line-outs a huge mess – and gave away a stream of penalties which the hosts took full advantage of to rack up the points.

Prop Rhys Carre was having a difficult evening against Andrew Porter – never recovering after conceding two early penalties – and just before the break was replaced by Wyn Jones.

But all the blame should not be put on Carre with Wales conceding 10 penalties in the opening 40 minutes.

Jonny Sexton and Leigh Halfpenny swapped penalties before lock Quinn Roux – promoted to the starting line-up as a late replacement for Iain Henderson – powered over from close range.

Sexton added the conversion and another penalty with the Irish dominating and putting Wales under all sorts of pressure.

Halfpenny reduced the arrears as Sexton limped off with a hamstring injury, but Sexton’s replacement Billy Burns landed another penalty on his debut.

Piovac’s side were fortunate that half-time came at the Aviva Stadium with them trailing by just 10 points.

Halfpenny saw a penalty attempt from the half-way line drop under the posts as Wales finally enjoyed a spell of possession forcing a few penalties out of Ireland.

The full-back landed one of them but when Gareth Davies had a kick charged down, it took a try-saving tackle from Taulupe Faletau to deny Cian Healy.

Burns kicked a penalty but Halfpenny was wide with a penalty attempt after the best spell of Welsh pressure with replacement scrum-half Lloyd Williams prominent.

But two penalties from replacement Conor Murray sealed a comfortable victory for Ireland as Pivac’s side made it six straight defeats.

And with the last move of the match James Lowe bagged a debut try after an impressive display at wing as Wales’ set-piece again crumbled. Murray added the conversion.