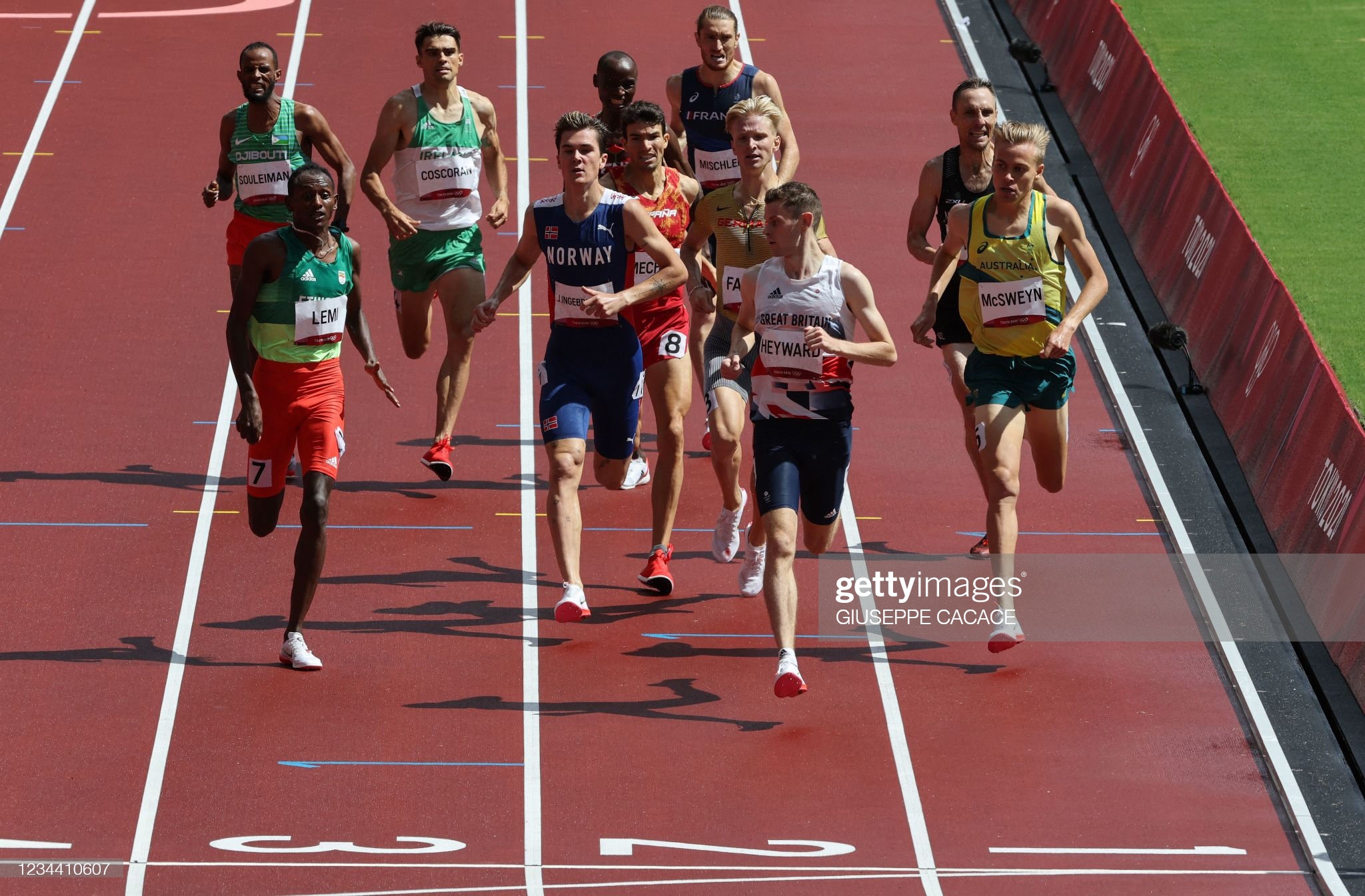 Jake Heyward cruised into the Olympic 1500m semi-finals by winning his heat in impressive fashion on Tuesday morning.

The Cardiff athlete looked in confident form as he won the last of three heats at Tokyo’s Olympic Stadium in a time of 3:36.14.

Having seen Poland’s Marcin Lewandowski fall in the previous heat, Heyward wisely moved to the front end of a crowded 15-man field from the gun.

Australia’s Stewart McSweyn led for much of the race with Heyward on his shoulder as the two men pulled away from a field which included the likes of European Champion Jakob Ingebrigsten.

At the bell McSweyn and Heyward were 10 metres ahead of the pack, which saw Morocco’s Soufiane El Bakkali, who won the 3000m steeplechase title the previous day, drop out in the closing stages.

But Heyward had no such problems as he glided past McSweyn off the final bend and eased to victory and a place in Thursday’s semi-finals as the fourth fastest qualifier.

The former Llanishen High School pupil said afterwards: “I don’t think it could have gone much better. Safely through, that’s the main thing, getting through the rounds comfortably and I felt really good today and hopefully that bodes well going into the semi-final.

“You have to have a few scenarios, you have to be versatile, it could be fast, could be slow, so you’ve got to be ready for that. I

“think I was well prepared. I think I always give my best performances in championships and I hope that showed a glimpse of what I can do.

“You can’t take anything for granted at the Olympics, you’ve got to be prepared for anything and I was prepared to run super hard today, so that was my mindset going in.

“Luckily because I didn’t have to run that hard it felt quite comfortable, so it was good.”

Having suffered from a persistent Achilles injury which restricted him to just three races during 2020, Heyward is now back to the kind of form which saw him take the international scene by storm as a junior.

Commenting on his return to fitness, Heyward said: “I’ve had consistent training since March, which is probably the most consistency I’ve had in the past two years, and that’s the main thing actually that I’m healthy.

And the times mean that Josh Kerr is also through as a fastest loser!

All three Brits are through to the men’s 1500m semi-finals 🇬🇧#bbcolympics #Tokyo2020 pic.twitter.com/lNykl8KZSo

Heyward acknowledged the part played by his coach Mark Rowland, himself an Olympic steeplechase bronze medal winner, in his return to form.

Heyward said: “I think my coach, Mark is a genius, and I think together we’ve figured out a plan for me and what works for my body, and hopefully I can show that in the next rounds because it’s only going to get tougher.

“I need to wait and see what semi-final I’m in, and sort of gauge off the other people, and then also play to my strengths as well because it’s my race at the end of the day.”

Heyward’s semi-final will take place during the evening session on Thursday at 8:10pm local time which is 12.10pm UK time.