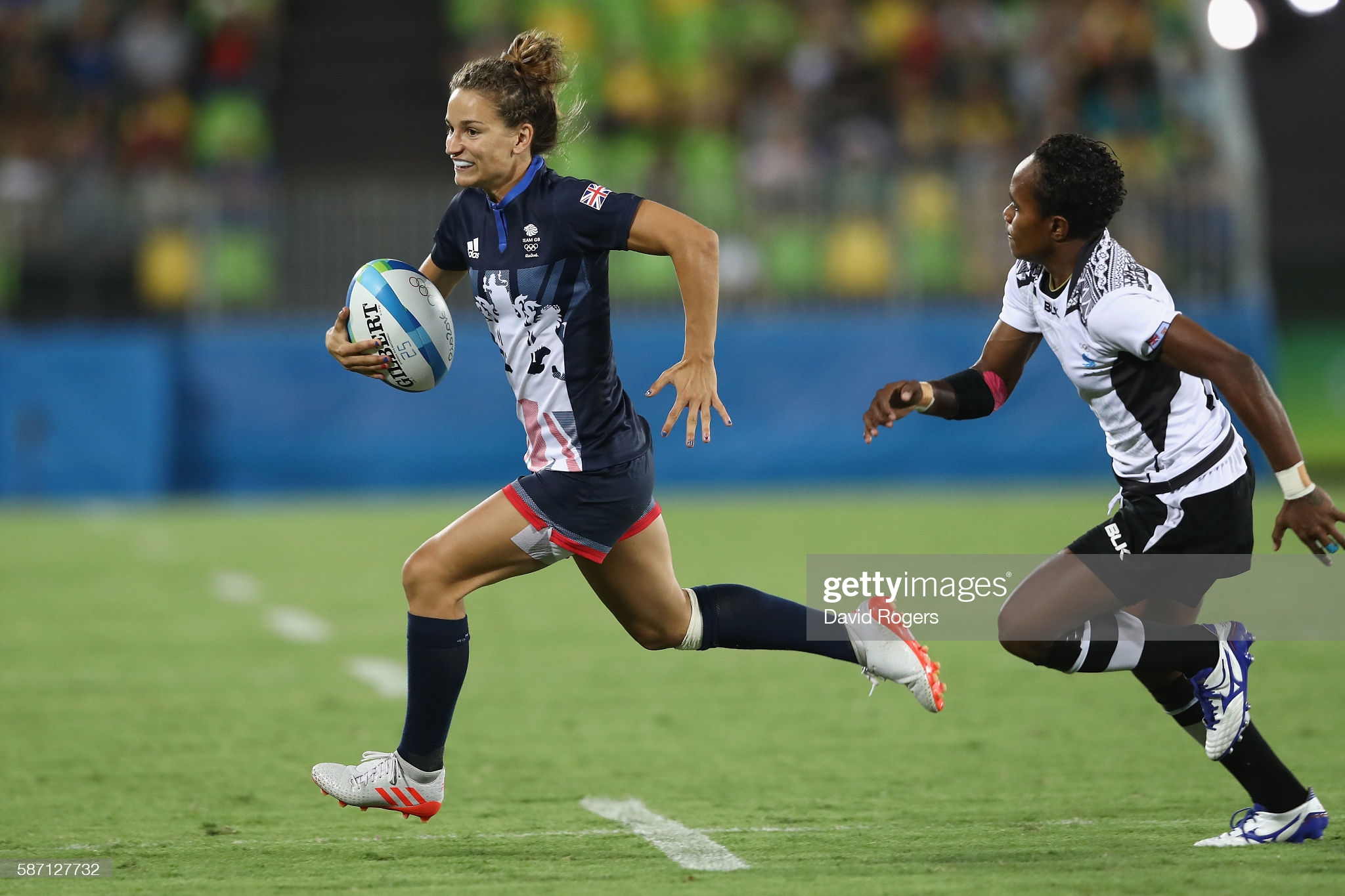 Wales' Jazz Joyce in action at the Rio Olympics in 2016. Pic: Getty Images.

The Welsh Rugby Union have joined forces with unions in England and Scotland to obtain funding to field GB Sevens teams for the 2021 season ahead of the Olympics.

The deal was made possible because of a commercial partnership with The National Lottery promotional fund. It is not being funded by money allocated for National Lottery Good Causes or by Camelot.

Both men’s and women’s GB Sevens teams will take part in the HSBC World Sevens Series in the build-up to next summer’s Olympic Games in Tokyo, and then will continue for the climax of the 2021 season.

WRU operations director and Team GB board director Julie Paterson added: “This is a great example of the Home Unions coming together for the betterment of the game.

“A lot of hard work has been put in to make this possible, and the level of collaboration from the three unions and our commercial partners has been excellent.

“The initiative will no doubt provide Team GB with the best chance of success in Tokyo and on the World Series.”

“This is a great opportunity for GB Sevens and vital preparation ahead of next summer’s Olympic Games.

We’re very grateful to the individual unions and their partners for their co-operation, understanding and continued support.

“We know the current uncertain circumstances mean there will likely be challenges along the way but we’re very much looking forward to developing our plans further.”

The partnership will provide the GB Sevens teams with the perfect opportunity to build towards striking gold in the delayed Olympic Games.

Charlie Hayter will take the Team Leader role while also being an assistant coach across both men’s and women’s programmes.

Scott Forrest remains head coach for the women’s side, having been in lead roles with Scotland Women’s 7s since 2012.

Tony Roques will join as head coach for the men. Roques brings with him a wealth of knowledge having most recently been an assistant coach with the USA Eagles 7s side and prior to that as assistant coach to the England Sevens team.

James Rodwell, the most capped rugby sevens player of all time and part of the England coaching team since 2018, will complete the coaching set up, assisting across both the men’s and women’s programmes.

Further details on the performance-based programme will be announced in due course.

Reflecting on the announcement, Scottish Rugby director of rugby Jim Mallinder said: “The opportunity for our players to be able to put their hands up for potential Olympic selection is something we very much welcome, as part of a GB Sevens squad.

“It is our intention that beyond this season both of our Scotland 7s programmes remain unaffected by this development and very much look forward to qualifying for and sending our strongest squads to the Commonwealth Games in Birmingham in 2022.”