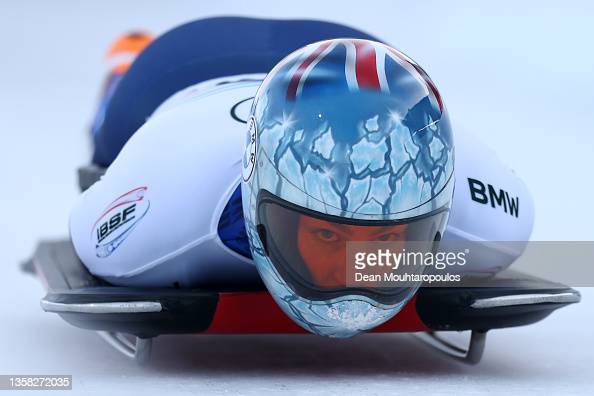 Laura Deas has insisted conditions in Beijing are to her liking as she prepares to back up Wales’ first Winter Olympic medal.

Bronze medalist in PyeongChang four years ago, Deas is preparing for her second Olympic skeleton competition against a background of complaints from many athletes in China that conditions are not up to scratch when it comes to food, facilities and quarantine rules.

But Deas seemed happy enough when she inspected the track at Beijing’s National Sliding Centre and said: “The ice looks great and the track is stunning. And it’s really cool to be back and have another chance to slide on it.

“We had the test event in October, where we came here, we were out here for almost a month. And we did about 35 runs over a few weeks. So that’s the only other time I’ve been here. That was great to have that knowledge already coming back in. It’s just about fine-tuning that now.”

Team GB has won an Olympic medal at every Games since the sport was reintroduced at Salt Lake City 2002.

“As a nation, we’re very good at figuring things out quickly, because you know, we’ve had to be. That’s what is the same at every Olympic Games – you have limited access to the track, and it’s what you can do in that time. So it’s nothing new for us. It’s part of the challenge, I quite like it.

“As a British nation, we are always the underdogs coming into these types of situations into any race, because we don’t have our own tracks. We always have less runs than other people wherever we go. So it’s part of our identity as part of how we learn to slide, as we’re always playing catch up. So I think it plays to our strengths in some ways.

“We target the Olympics very specifically. So although we’re competing on the world cup circuit, and obviously those results are important and it’s great to do well in the world cups, it’s not the be-all and end-all for us. For us, it’s about peaking for these Games. So we’re using the world cups, every single run we do between the Olympic Games to learn as much as we can and decide how we’re going to peak for those Games.

“That’s maybe what makes it a little different from other countries, is that we’re not necessarily targeting to peak at any of those other major events.”

So is Deas feeling the pressure of keeping that medal streak going?

“It’s certainly expectation, and it is right for us to have the expectation.” She added.

“We’re very lucky to be well funded in the UK because of that past success. I can look back on those successes and know that I was a part of that. I’ve sat at home and watched the likes of Lizzy (Yarnold) and Amy (Williams) and been incredibly inspired by that.

“It’s part of who we are, it’s part of our fabric. I would love to be able to add to that at this Games. Looking across our whole team, it’s full of talent, and I think a medal can come from anywhere.”

Unlike 2018, Deas is at the Olympics without fellow Skeleton athlete, Lizzy Yarnold.

“It’s funny, it’s obviously different. We’re both at very different points in our lives to what we were back then. But it’s lovely to reflect back on 2018 and actually being in the Village is bringing back a lot of things about PyeongChang that I’ve probably forgotten.

“I speak to Lizzy frequently and she’s a massive support, both from a sliding perspective but also just as a friend. And there’s a few mementoes that I’ve brought with me so she’s here with me in spirit even if not in person.

“I’ve got a bracelet that I’m wearing right now, which she gave me which was for good luck. And I’ve also got a mug with her image on it, which she gave me, so every time I have a cup of tea, which is something that we used to do together, I think of her.”

On her role as the most successful athlete on the team:

The 33-year-old is the most successful skeleton athlete on the team, having previously competed in the PyeongChang 2018 Olympic Winter Games.

“It’s a privileged position to be in, to be coming back for a second Olympics. I know that not very many people get to do that. I’m not sure exactly what the stats are, but I know that I’m in a minority.

“I just hope that I can help a little bit in the same way that Lizzie supported me when I wasn’t sure. It can be quite an overwhelming environment to come into the Olympics. It’s so much bigger than anything else that we do as skeleton athletes. I’d like to think that I can be a bit of a support in that way.”

The Skeleton training heats begin today and the medal heats taking place on February 11, with the Women’s Heat 1 starting at 1:30am (GMT)