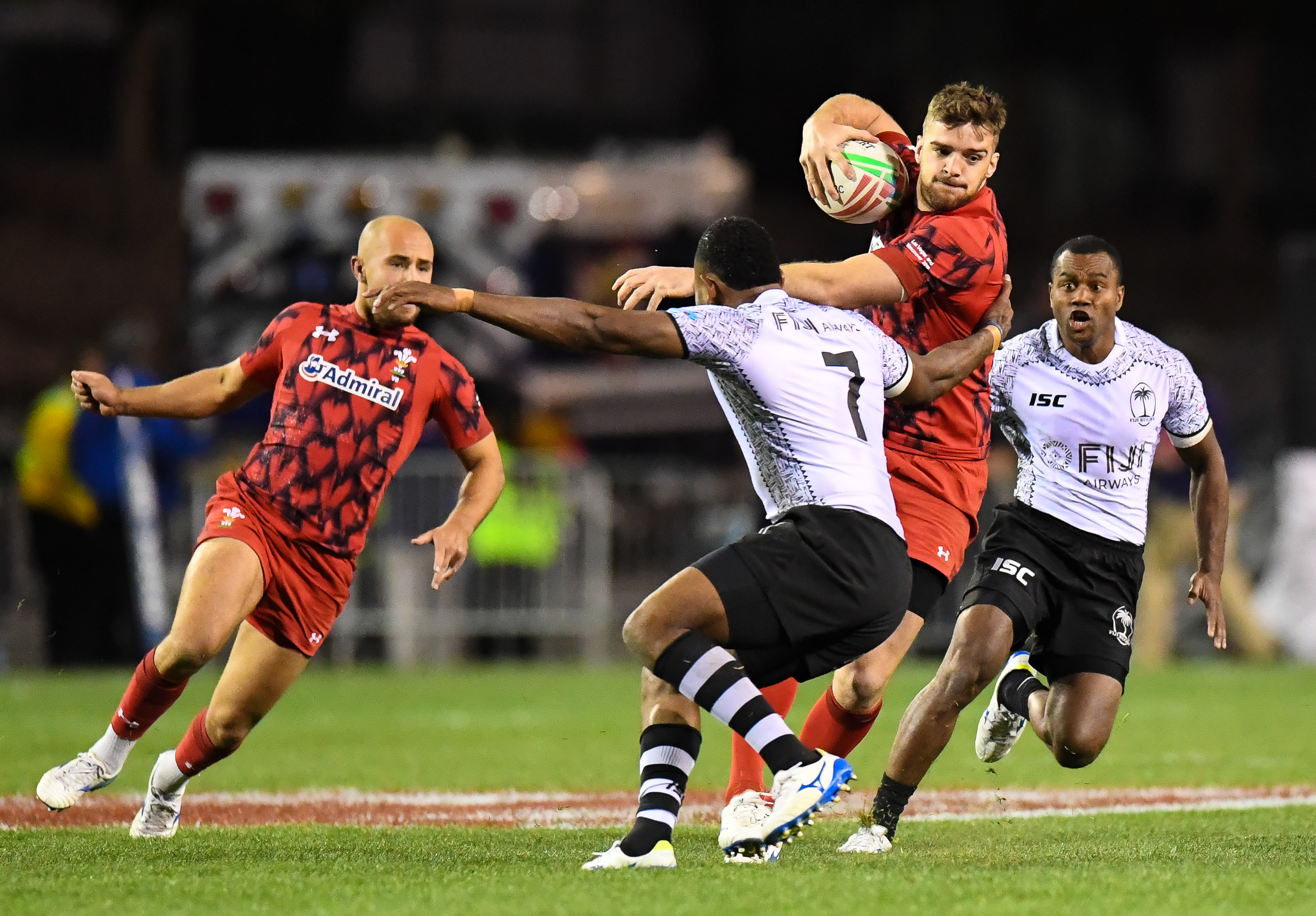 Wales tasted disappointment at the Las Vegas leg of the World Rugby Sevens Series this weekend where they lost all three of their matches in the main event and then failed to make the Challenge Trophy semi-finals.

Richie Pugh’s side were given a tough 26-0 drubbing by Australia in the opening game of the weekend and never really recovered.

They looked much improved in their second match – where they ran an impressive Fiji side close before losing 33-14 – but then suffered a disappointing third defeat to Scotland who won 19-14.

That put Wales out of the main event knockout stages and into the Challenge Trophy to face Spain.

But despite a try from Ben Roach, Wales were unable to recover from a 12-0 half-time deficit against the improving Spaniards and eventually lost 19-7.

The defeat leaves Wales with the consolation of a play-off for 13th place against Japan at 7.00pm on Sunday evening.