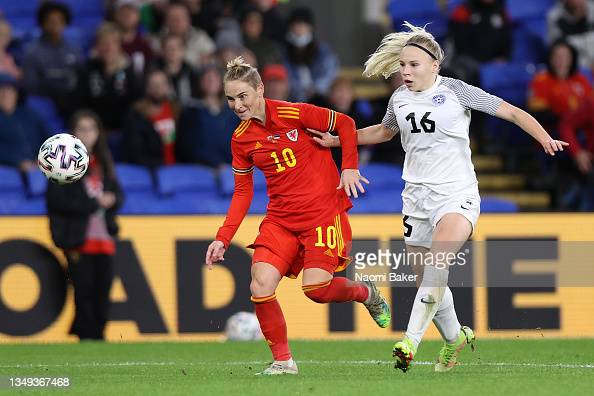 Jess Fishlock will be included in Wales Women’s squad to face Greece & France following on from being named the National Women’s Soccer League’s (NWSL) most valuable player.

Fishlock who plays for OL Reign and Wales as a midfielder was announced NWSL most valuable player earlier this week and has been called an “inspiration” by Gemma Grainger, Wales’ manager.

“It epitomises who she is in terms of her hard work and dedication,” said Grainger.

“To be named most valuable player of arguably the best league in the world with some of the best players, she should be so proud.”

“To put it into context, she’s playing in a league with World Cup winners and Olympic gold medallists and she is the most valuable player.”

“It’s even more impressive that she has been travelling home for international fixtures,” Grainger added.

“In lockdown, she worked incredibly hard to recover from an ACL injury and she continues her hard work behind the scenes.

“I’m not sure I can do it any justice with words. She continues to inspire us”.

“When she’s in and around camps and around players, whether on the pitch or off it, it’s not the words that she speaks – although she does speak very well – it’s her actions and you can’t help but take that in,” Grainger added.

“For the likes of Maria, Carrie [Jones] and Esther [Morgan], our younger players who are coming through, they’re learning from one of the best players in the world and for us to have her in the group, it’s such a valuable experience.”

They continue their unbeaten journey, of three wins and one draw, in second place of Group I, with France leading.

Grainger is without Reading’s Rachel Rowe for the matches and also Leicester forward Hannah Cain, who suffered a season-ending ACL injury days after winning her first Wales cap last month.

“She only showed a glimpse of her potential in the Estonia game. We recognise her talent and we’ll be supporting her through it,” Grainger added.

“She’s got a long future in the game, so nine months does seem like a long time but we’re helping her put it into perspective. No one is going to forget about her, we’ll be with her every step of the way”.

Maria Francis-Jones returns to the squad after captaining the U19s last month to promotion to League A in the 2022 UEFA WU19 EURO
Qualifying Round.

The last time Cymru played at Parc y Scarlets, they claimed a 6-0 victory over Kazakhstan and will be hoping for a similar result over Greece in Llanelli.