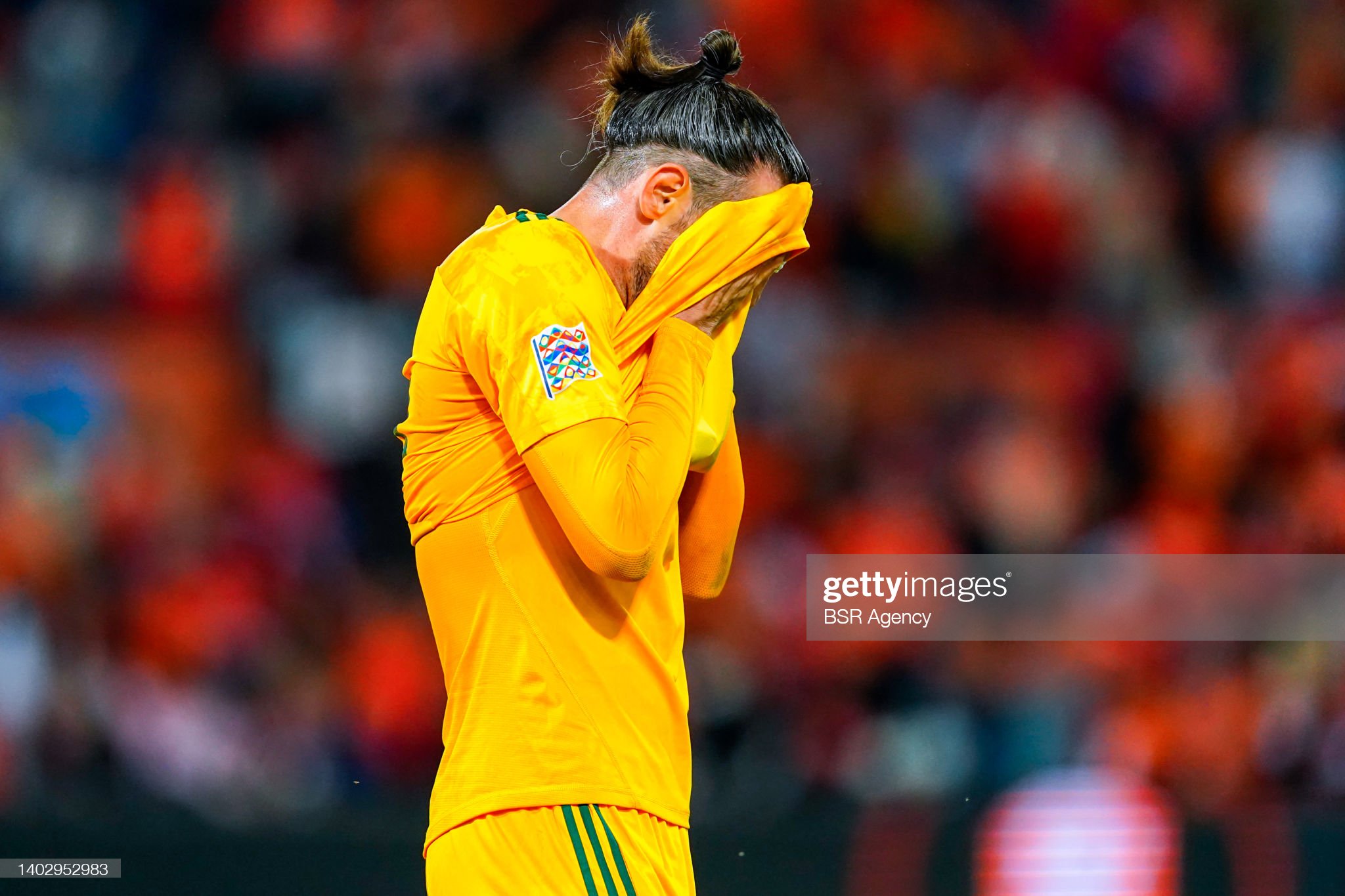 Gareth Bale thought he had equalised, only for Memphis Depay to then grab the winner. Pic: Getty Images.

Gareth Bale says it is better Wales make their mistakes now and not at the World Cup after suffering more stoppage-time heartbreak against the Netherlands.

Memphis Depay secured an eventful 3-2 Nations League victory for the Dutch in the third minute of stoppage time in Rotterdam, just seconds after Bale had equalised from the penalty spot.

Wales are bottom of their A4 group with one point having lost three of their four games.

Robert Page’s side have conceded decisive late goals in all three defeats, with their only point coming in a 1-1 home draw against Belgium when they struck at the end.

“It’s hard to take, but I’d rather this happen now and we address it than it happen at the World Cup,” Bale told S4C after the game.

“We have to use these Nations League games to improve and get better. Of course we all know what happened but how can we stop that happening again?

Despite defeat, the last 2 weeks have been full of positives for @Cymru. We have progressed so much as a nation that we are now consistently competitive against top teams and always carrying an attacking threat. Roll on Qatar! 🏴󠁧󠁢󠁷󠁬󠁳󠁿

“We need to address that and make sure it doesn’t happen in the World Cup. I was saying in the changing room, we’re in League A playing against big teams.

“Of course we are disappointed we conceded late, but we’re competing with these big teams in every game now and it’s just the finer details we need to iron out.

“If we can do that it will put us in a good place for the World Cup.”

It was a case of double Dutch for Wales as Holland had scored a stoppage-time winner in Cardiff last week.

But Page denied that his team had been naive in Rotterdam after Holland had scored twice in the opening quarter before Brennan Johnson halved the deficit.

Page said: “First and foremost we are up against a very good team. One of the best teams in the world.

“We are disappointed we have not seen the game out again. This experience will hold us in good stead. It’s little tweaks.

“I am not sure it was naivety. We forced Holland into playing route one football, we have to be ruthless to see games out.”

Page preferred to see the positives of a long and demanding camp that has seen Wales secure World Cup qualification for the first time in 64 years.

He said: “In the camp overall there are too many positives to be down about it.

“Brennan is growing game by game. It’s valuable experience he is gaining, playing in these games.

The feel-good factor of the last few weeks has been immense. Did you ever think we’d look in place whilst playing against some of the world’s best? We are living the dream these days 🏴󠁧󠁢󠁷󠁬󠁳󠁿 pic.twitter.com/7K2I72fPuo

“We are all disappointed. I am going to focus on the positives and we are going to build on that.

“It has been crazy. The boys need to get their boots off and go and have a break. The demands are high.

“We don’t have the luxury of being able to rotate 11 players like Holland have done. I couldn’t be more proud of us as a group.”

Page praised the Netherlands midfielder Frenkie De Jong for being “phenomenal” on the ball and “running the show”.

The Barcelona midfielder has been heavily linked with re-joining his former Ajax boss Erik Ten Hag at Manchester United this summer.

De Jong told reporters: “You are always flattered when teams show interest in you as a player. I am at the biggest club in the world at the moment and I feel fine there. So no news.”