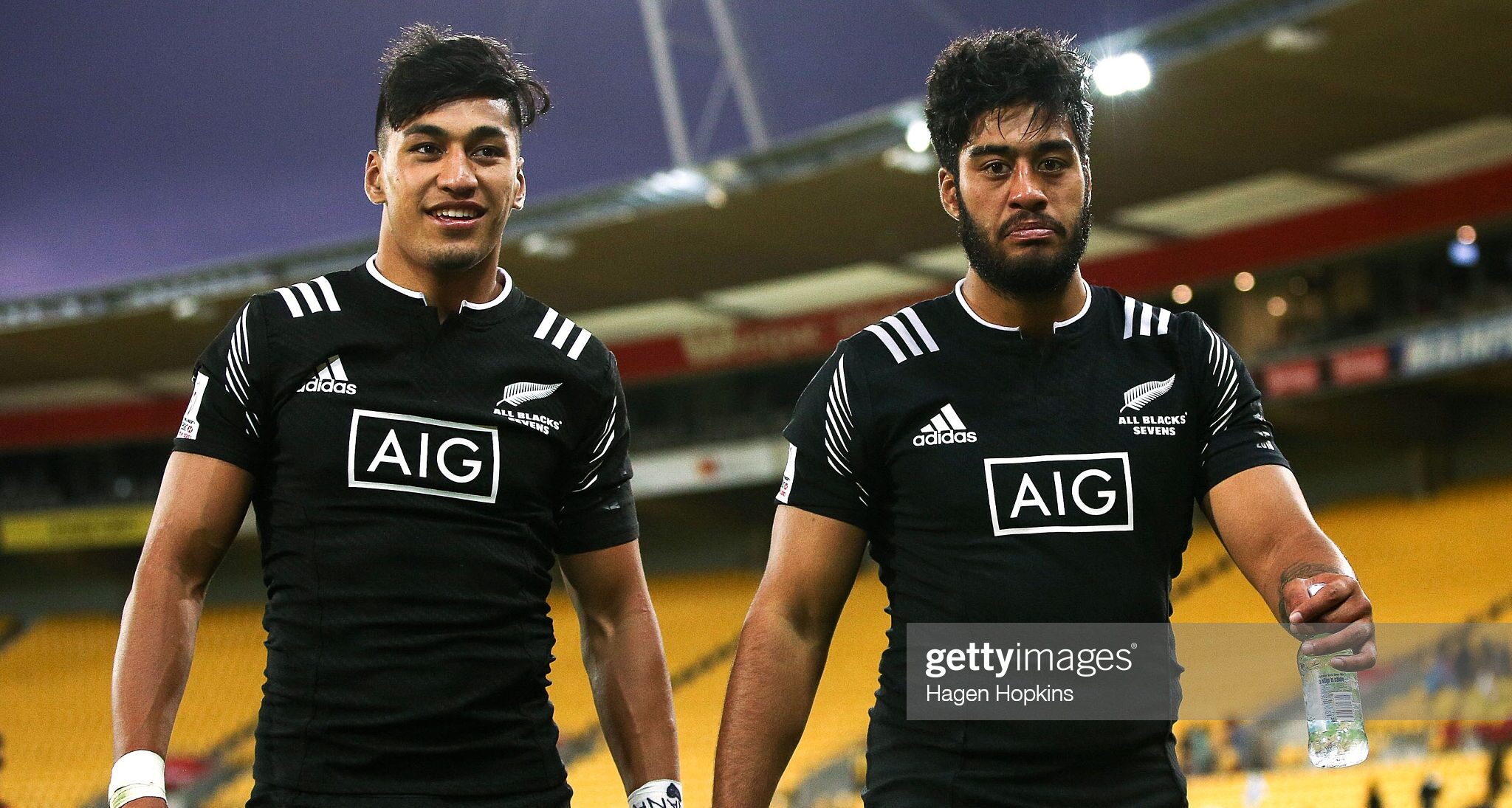 Oh brother, have Wales got a few problems to solve when the All Blacks arrive in the Welsh capital to kick-off the autumn series at the end of next month.

As if it wasn’t tough enough contending with the Barretts – Beauden, Scott and Jordi – in the recent past, now Wayne Pivac’s men will have to find a way to stop the Ioanes.

A 38-21 win over Australia at the weekend made it a clean-sweep for New Zealand in the three-match Bledisloe Cup series and took them a point clear of reigning world champions South Africa two games into the Rugby Championship.

The stand-out players at the Optus Stadium, in Perth, were back row giant Akira Ioane and his brother Rieko, out on the left wing.

Starting at blindside flanker before taking over at No 8 from the injured Ardie Savea just before half-time, Akira gained 88 metres from nine carries, beat nine defenders beaten with three clean breaks and claimed two try assists. He also put in 10 tackles.

Not to be outdone, the 24-year-old Rieko covered 103 metres with his nine carries. He made one clean-break and made a brilliant try-saving, chase-back tackle on Tom Banks to round out another very good day at the office.

No wonder All Blacks coach Ian Foster was full of praise for both players: “What we’re seeing now is consistency from game to game, which means we’re not guessing which player is going to turn up on the Saturday.

“Akira is probably used to being told what he does wrong, and I think he’s really responding to focusing on what he can do right. We’re seeing a bounce in his step with that approach.

“He’s grown up nicely, and now he’s starting to put a couple of games together I believe his confidence will keep growing and growing.”

Rieko first came to the fore in 2017 when he scored a try in the win by Auckland Blues over the British & Irish Lions and then scored twice in the first Test win against the tourists. He was dropped from the international side in 2019 after a horror season, but is now seemingly getting right back to his best form

“In 2019 he had a calf injury that kept him out for the early part of the international season, and by the time he was coming right it was the end of the World Cup. He just wasn’t fast in 2019, but he’s fast now,” added Foster.

“He’s got his speed back, and got that little swagger that he’s pretty proud of. He’s at his best when he dances around, and he’s comfortable in the environment. He’s embracing more of a leadership role, and he’s embracing the dual task of wing and centre. He’s just getting frustrated it’s always the other wing scoring the tries.”

As well as having to contend with the injury to their captain, Savea, the All Blacks also had Jordie Barrett sent off. The All Blacks full back went from hero to zero in the matter of minutes after scoring a try and then getting dismissed for making contact with the head of Marika Koroibete with his boot.

With New Zealand leading 13-0, Barrett soared high to claim a kick in the 28th minute and flung out a leg to balance himself in midair. His boot then caught on on-rushing Koroibete. The referee pulled out his red card and Jordie left the same pitch on which his second row brother Scott was dismissed in 2019.

Under the World Rugby trial laws it meant the All Blacks were reduced to 14 men for 20 minutes before they were allowed to bring on a replacement. There were certainly no qualms about that from the Wallabies.

And it didn’t stop the All Blacks from outscoring the Wallabies by six tries to three and claiming their fifth win in seven games against them this year. There has also been one draw.

If it was another tough day at the office for Aussie coach Dave Rennie’s men – the Wallabies are also on the fixture list for the autumn at the Principality Stadium – he firmly believes that the best way to improve is to keep playing against the best teams in the world.

“We’ve had seven tests against the All Blacks and ultimately I think that’s great for us. We’re learning quickly,” said Rennie.

“We’ve got the world champions coming out for a couple of Tests and that’s going to be great for us as well.”