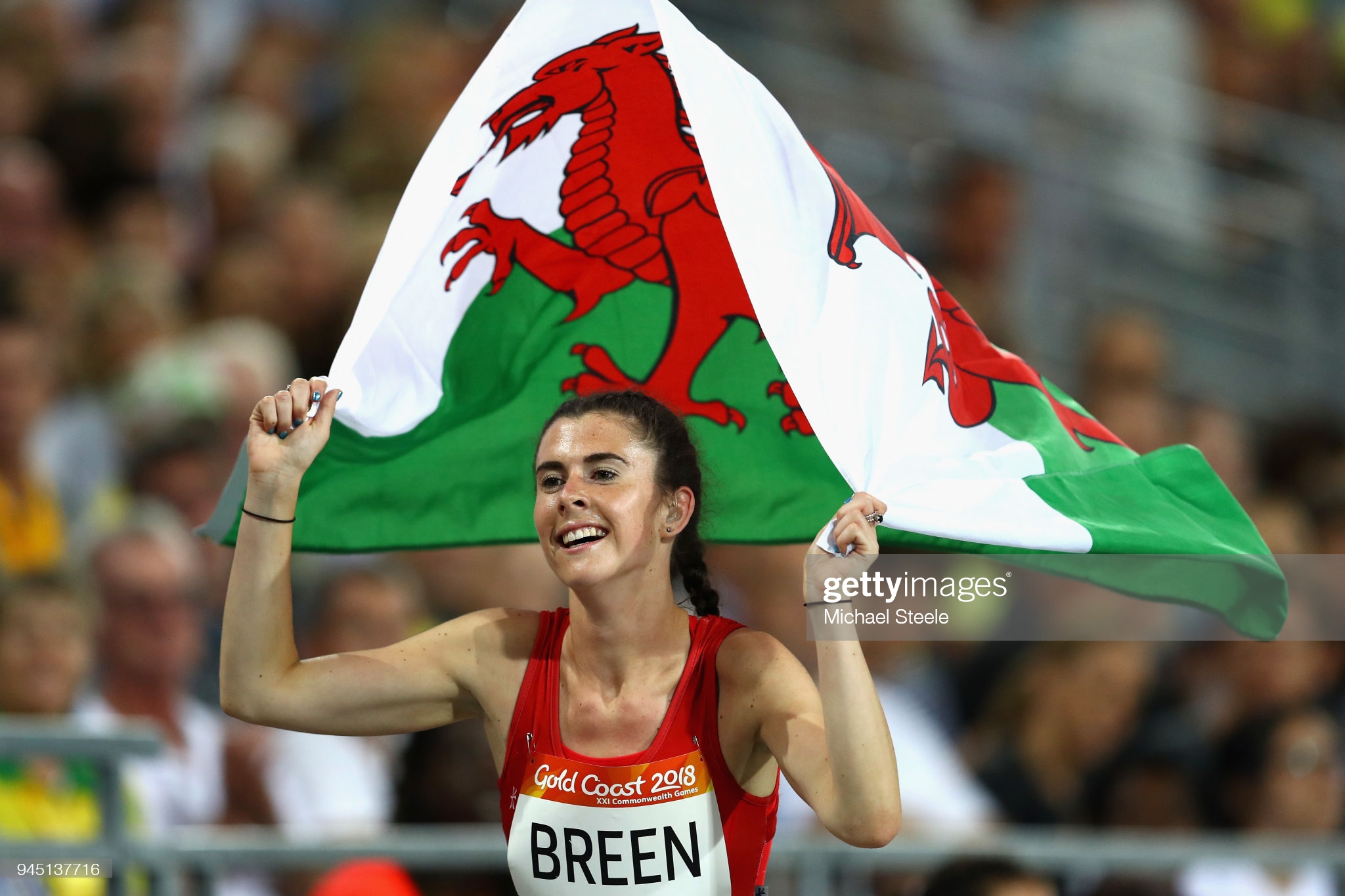 Olivia Breen and Osian Jones have been named as the two co captains for Wales in athletics. Pic: Getty Images.

Wales’ Commonwealth Games athletics joint captains Osian Jones and Olivia Breen have been speaking about their pride at leading the squad and their own individual ambitions for Birmingham.

Both athletes will be competing at their third Commonwealths and hope to lead by example through earning podium places at the games which officially open at the refurbished Alexander Stadium on Thursday night.

Discus thrower Jones, fresh from winning silver at the Muller UK Athletics Championships, said: “It’s a real honour and privilege to be able to co-captain this young and exciting team.

“It feels rather surreal that my parents took me to watch the games in Manchester – 20 years ago – and now I’ll be going as captain to my third games in Birmingham.

“I’m incredibly proud to be Welsh and I cannot wait to see how well the team perform, especially after the success of the British Championships.”

Breen, who won gold in the long jump and bronze in the 100m at the 2018 Commonwealth Games on the Gold Coast said: “I could not be prouder to have been made team captain for Wales for the 2022 Commonwealth Games – what an honour!

New PB 12.76🤩🤩🤩 so so so happy!! Back to training tomorrow roll on the Commonwealth Games in 2 weeks😁🏴󠁧󠁢󠁷󠁬󠁳󠁿⚡️ pic.twitter.com/a9EQeu3sB8

“Whilst we are a small nation, I think this team has the ability to achieve some great results in Birmingham and I’m so excited to be a part of it.”

As well as speaking about their pride in leading the 24-strong athletics contingent, both have serious individual ambitions for Birmingham.

Breen has enjoyed huge success of the past decade which has also seen the former T38 100m world number two win two golds at the World Para Athletics Championships and two bronze medals at the Paralympics.

“I think it is the most confident I have felt heading into a major competition,” said Breen, who was speaking during a four nation photoshoot in Birmingham, celebrating the National Lottery’s support of athletes across the four home nation teams’ competing at the games.

The City of Portsmouth athlete, who will be competing in just the T38 100m this time around said: “It’s hard to prepare for a medal defence.

“You have to be selfish in a way because obviously, you have to think about yourself as it’s your one chance.

“But yes, I’m really excited. 2018 was incredible, so now I’m just really excited for this one,” added Breen, who was born with a meningitis-type illness leaving her with cerebral palsy.

Welsh-speaker Jones, who is the current Welsh discus champion, is equally excited ahead of the games.

The Liverpool Harrier from north Wales said after winning his latest Welsh title: “It’s going to be very, very special, especially with my friends and family being able to come and watch as well.

“It’s the closest we are going get in Wales to a home games, so I’m so determined to be able to put in a really good performance and I’d love to get on the podium.

“Obviously the most important thing is to go out and enjoy it and get the best out of myself. But I feel like if I throw at my best there’s every chance of getting on the podium.

“To focus on winning a medal, it’s not really the best way to go about it, but if I can just concentrate on throwing my best, then there’s no reason why I can’t.”

The athletics programme at the games begins on Saturday with the men’s and women’s marathons where Dewi Griffiths, Clara Evans and Natasha Cockram will be representing Wales.