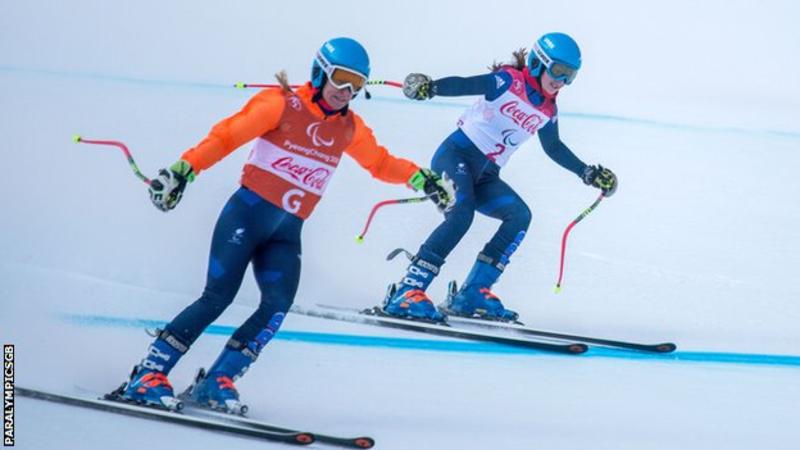 Menna Fitzpatrick made it double gold at the Para Alpine Skiing World Championships after winning the visually impaired super-G event.

Wales’ Paralympic champ and guide Jen Kehoe followed up their victory in the downhill on Wednesday with another golden run at Sella Nevea.

The pair finished the World Championships with a medal haul of five.

The pair missed out on a hat-trick of gold medals on Thursday after taking silver in the super-combined event.

Times from the super G were combined with the slalom to make the overall super-combined result.

But they lost out to Australian pair Melissa Perrine and Bobbi Kelly whose strong slalom run saw them overhaul a 1.82second deficit.

Macclesfield-born Fitzpatrick, 20, already had a silver and bronze from the first part of the World Championships in Slovenia last week.