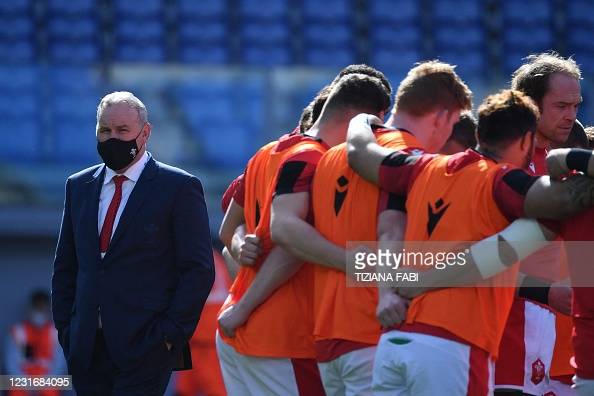 There is a lot on the line for Wales this autumn, but interestingly Welsh Rugby Union chief executive Steve Phillips has revealed plans for a new annual tournament that would add competition jeopardy to matches in the November and July windows.

As things stand, northern hemisphere teams face those from the south in both the autumn and summer, but other than World Rugby rankings and pride, there is nothing riding on those matches.

While details for the new competition are slim and are yet to get the go-ahead, the intention is to revitalise international rugby and make games outside the Six Nations, Rugby Championship and Rugby World Cup more meaningful.

Results from both the summer and autumn window would count towards an overall competition. This isn’t the first time World Rugby has attempted such a move with its controversial Nations Championship falling through two years ago due to a lack of consensus on key issues. WRU chief Phillips nonetheless insists change is on the horizon.

He said: “Remember when we did the longer international window in the autumn of 2020 because people were trying to catch up on the Six Nations and we needed to get back playing international rugby? There was a debate at the time whether it should be in October and November and not July, but the feeling worldwide is we need to be maintaining both July and November.

“Everybody who in the conversation agrees on that.

“The skill and the trick here and I’ve got packs of data that has been done on this, is that fans, broadcasters and the media all want a competition. There are a lot of clever people working on this.

“We are due to go to South Africa to play three Tests next year. Now we might find we have to go and play in different places in the way the SANZAAR nations do with us.

“You might play three matches in July, but they would count towards something. It would probably be on an away basis for us and then come the November, we’d be at home. In terms of our travelling patterns, they would probably stay the same, but we would make it into some form of competition.

“So ideally by the end of next November, Wales have won this marvellous new competition.”

Phillips has come under fire from followers of the four Welsh regions due to a perceived lack of funding for the professional game. Results in the first four rounds of the United Rugby Championship have done nothing to change the perception of the regions being way off the pace when it comes to competing for silverware.

📢 Wales squad update 📢@ScottWilliams_1 has been called into the Wales squad, replacing @whalaholo, who has tested positive for Covid-19.
Halaholo is now isolating, away from the national squad, for 10 days.
See https://t.co/muIm0GZf99 for full story pic.twitter.com/DaFWmpGJxs

Talks have resurfaced of a far more tiered funding model where two of the four regions are funded to a level where they can compete in the latter stages of competitions, with the other two potentially treading water. And Phillips didn’t rule out such a scenario coming to pass.

“That’ll be a conversation to be had at PRB level,” he said.

“I don’t have the authority to do that by myself.

“Stepping back a bit the way this works is the overall funding is agreed by the WRU and the regions via the PRB. Once you are in the PRB we have an agreed model of how that money is split per region.

“Would we have a conversation about that? We could have because we are always reviewing everything.

“We are always looking at our policies but if you are asking me if we go out and out with a preferred region to chase honours then that is something the PRB will have to agree to.

“Inherent within the agreed model what the PRA does is talk about equal opportunity as opposed to equal funding.

“This is all about being sustainable and successful. The easiest thing in the world is to be successful tomorrow and then you are not sustainable the week after.”