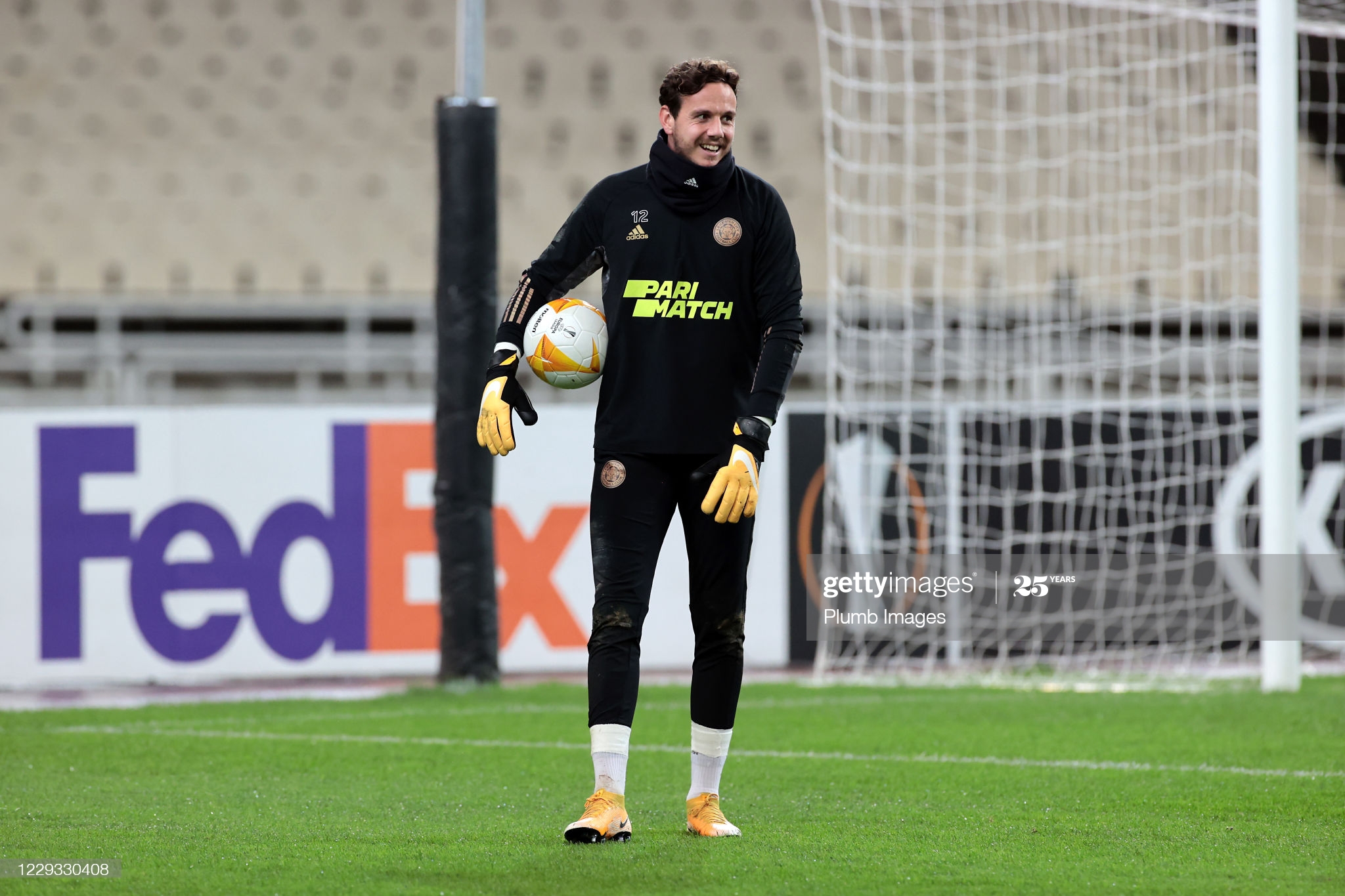 Danny ward was on bench for Leicester in Athens this week. Pic: Plumb Images/Leicester City FC via Getty Images

Ryan Giggs is set to turn to Danny Ward after Adam Davies handed the Wales boss a double goalkeeper blow.

Stoke City stopper Davies has been ruled out for four to eight weeks with a knee injury suffered in the midweek defeat at Swansea City.

Giggs was already without first-choice Wayne Hennessey for next month’s three internationals after he was sidelined until January with the injury he sustained against Bulgaria.

“Hopefully it’s the lesser amount, four weeks’ recovery, but at this minute in time he’s gone for a scan, his knee is immobilised and we just hope he makes a speedy recovery.

“He’s certainly going to be out for the next couple of weeks and probably longer.”

Leicester City’s Ward is now Giggs’ senior keeper though his only game this season was the EFL Cup defeat by Arsenal.

Ward was in the squad for this month’s international but it was in-form Davies who replaced Hennessey against Bulgaria.

But Ward looks certain to get the nod for the friendly with the United States in Swansea on 12 November and the Nations Cup games with the Republic of Ireland and Finland.