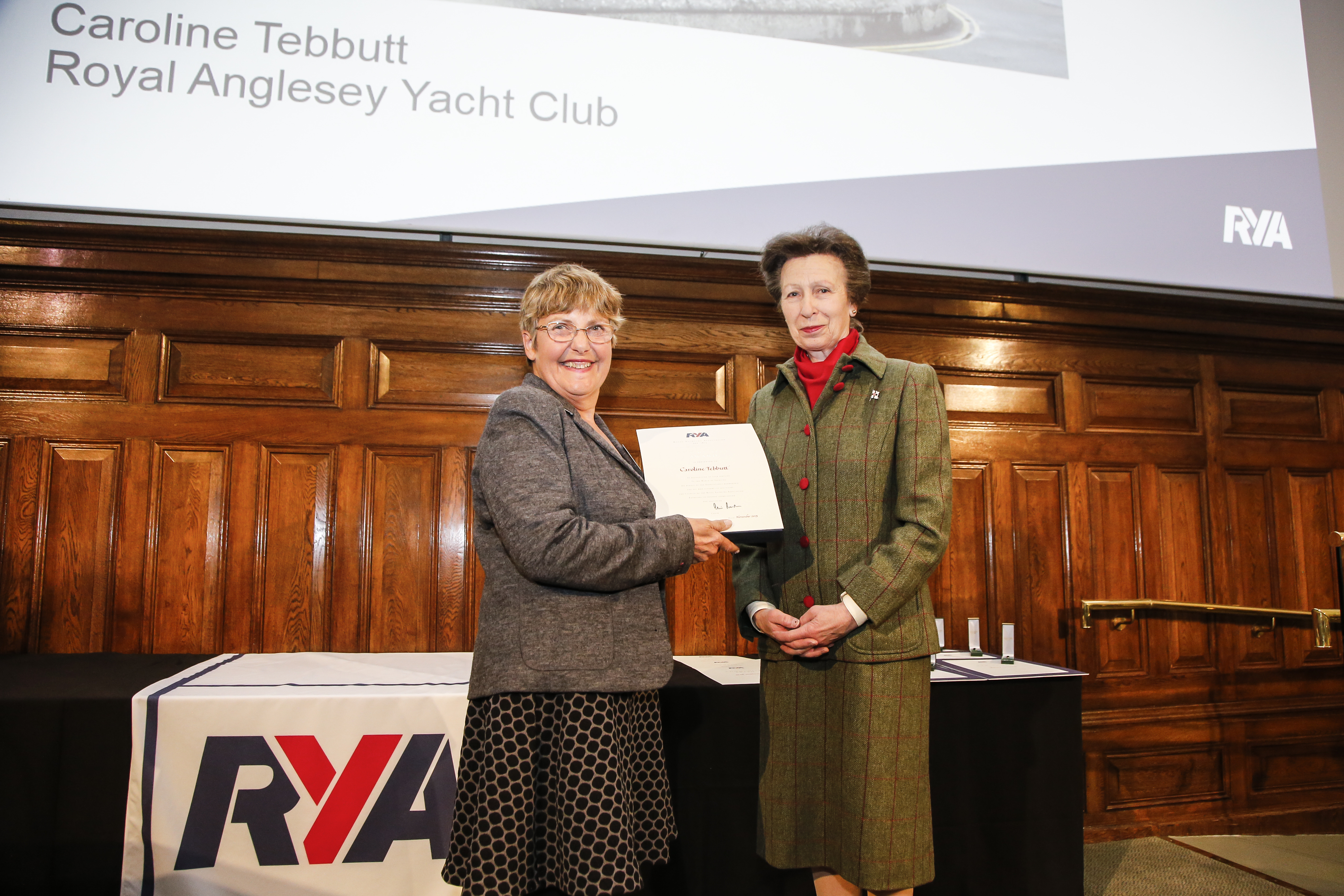 Two sailing volunteers from Wales were recognised for their exceptional dedication and achievements in boating at the RYA Volunteer Awards by Her Royal Highness The Princess Royal.

The awards were presented to volunteers from Llangorse and Royal Anglesey sailing clubs at the prestigious annual awards ceremony held at One Great George Street, Westminster, London.

“I had a fabulous day, I really enjoyed myself, it was very uplifting,” said Tebbutt.

“I felt very privileged to get such wonderful recognition and meeting the Princess Royal was very motivating.

“I am a little bit of a backroom person in a way, so I was overwhelmed to be put forward, never mind winning it.

“I had never sailed before meeting my husband, but it was a case of love me, love my boat, so I became the crew and was thrown into it literally.

“I joined the club and realised my administrative skills were useful. I started by taking the minutes of meetings and then took over as membership secretary and introduced a direct debit system for membership.

“I managed that system and now 60 per cent of the club pay their fees that way, which is much easier than chasing people.

“It is an exciting time for Royal Anglesey because we are also the only Welsh representatives on the list for the RYA Club of the Year.

“We have got some really good young people coming in and wanting to sail classic boats, though we also do dinghies, cadets and rowing, so we try to cater for as many people as possible.”

Llangorse sailor David Hemingway received the RYA Community Award for Lifetime Achievement, after starting to sail on tall ships through the Sea Scouts.

“It was a brilliantly organised day, it was nice to go up on stage with the Princess Royal and have a few words with her,” said Hemingway, who has served in many roles at Llangorse over his 20 years at the club.

“I have had so many jobs at the club it is hard to keep track, but I try to help out where I can. The club is part of my life now, I am there all the time.”