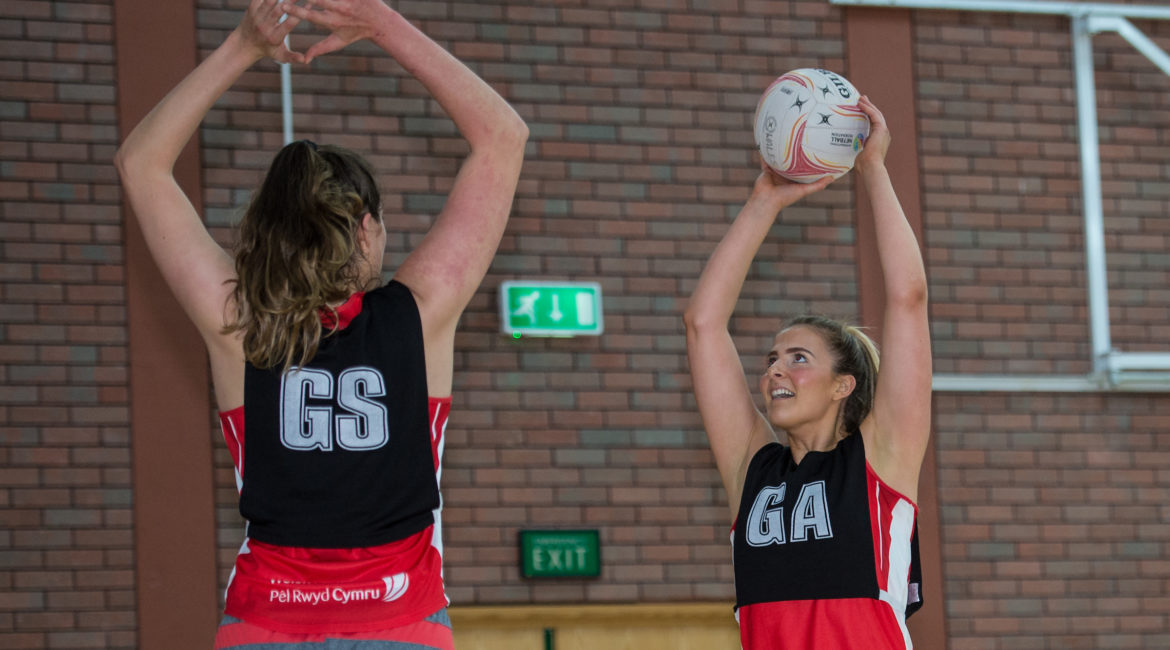 Nantyglo netball ace Brooke Collett is intent on making her senior Wales debut during the Summer Test Series which starts against South Africa at the Viola Arena in Cardiff Bay on Thursday evening.

Collett, who plays for Ystrad Mynach Netball Club, plays mid-court and is one of six players hoping to make their senior Wales debut over the next eight days.

“Brooke is a small, but dynamic goal-defence/wing-defence who loves to time her leads to take exciting intercepts,” says Wales coach Julie Hoornweg.

Wales play six international Test fixtures during the series and have named a 15-player squad.

Collett, who started playing the sport when she was an 11-year-old pupil at Blaen-y-cwm primary in Brynmawr, captained the Swansea University team before entering a career in finance.

The former Newbridge club player represented Wales under-19 at Netball Europe in Dublin during 2008, but a step up to the senior squad has been a long time coming.

A number of Wales’ foremost netball clubs are represented through this year’s group of Wales newbies. One of those clubs is Cowbridge, where several of the current national squad, new and old, have plied their trade.

Catrin Bowen, who represented Wales at under-17 level, is a graduate of the Vale of Glamorgan club.

Speed and anticipation are among her strengths and she will be looking to make an impression during the Summer Test Series.

Bowen, who graduated from Cardiff University and physiotherapist for the NHS, has previously been selected in Wales long squads, but has now taken her opportunity to break into the final 15.

Another player ready to earn a senior cap and representing a Welsh club in the 2019 Summer Tests squad is Chantelle Walker Jones, who plays for Central Netball Club in Cardiff.

She is also the only mother in the squad and comes from a strong netball family with her sister, Miquie, representing Wales at last years under-21 Europe tournament.

Wales newcomer number four is Betsy Creak from England, who qualifies for Wales through her grandparents and plays for Bristol Romans in England’s Premier League One alongside a number of other Welsh qualified players.

Creak is also a skilled basketball player and works as a teacher in Bristol.

The final two players making their senior debut are 22-year-old Lydia Hitchings and Lucy Howells, aged 24, who were both in coach Tania Hoffman’s Celtic Dragons squad for the 2019 Vitality Netball Superleague.

Hitchings, who studies textile and design, has experienced her fair share of ups and downs in her netball career.

She discovered netball in school Year 7 and went on to represent Wales at under-21 level when she first broke into that year’s Celtic Dragons squad.

Hitchings was set for the 2017 World Youth Cup in Botswana when she sustained a ligaments injury in training.

Despite such a set-back so early in her career, Hitchings persevered and gained a place via highly competitive Dragons trials for the 2019 squad.

Howells was a real surprise package in Dragons’ latest season. She also found a place in the squad via the open trials and was thrust into the limelight against Team Bath live on television for the 2019 Super 10 fixture.

Howells was an able deputy for wing-defence Nia Jones in the 2019 Superleague.

Tickets for the Summer Test Series are available from welshnetball.ticketline.co.uk Tickets for each day’s match can be purchased up until 10am on the day of the game. Tickets are available on the door, but will cost slightly more.