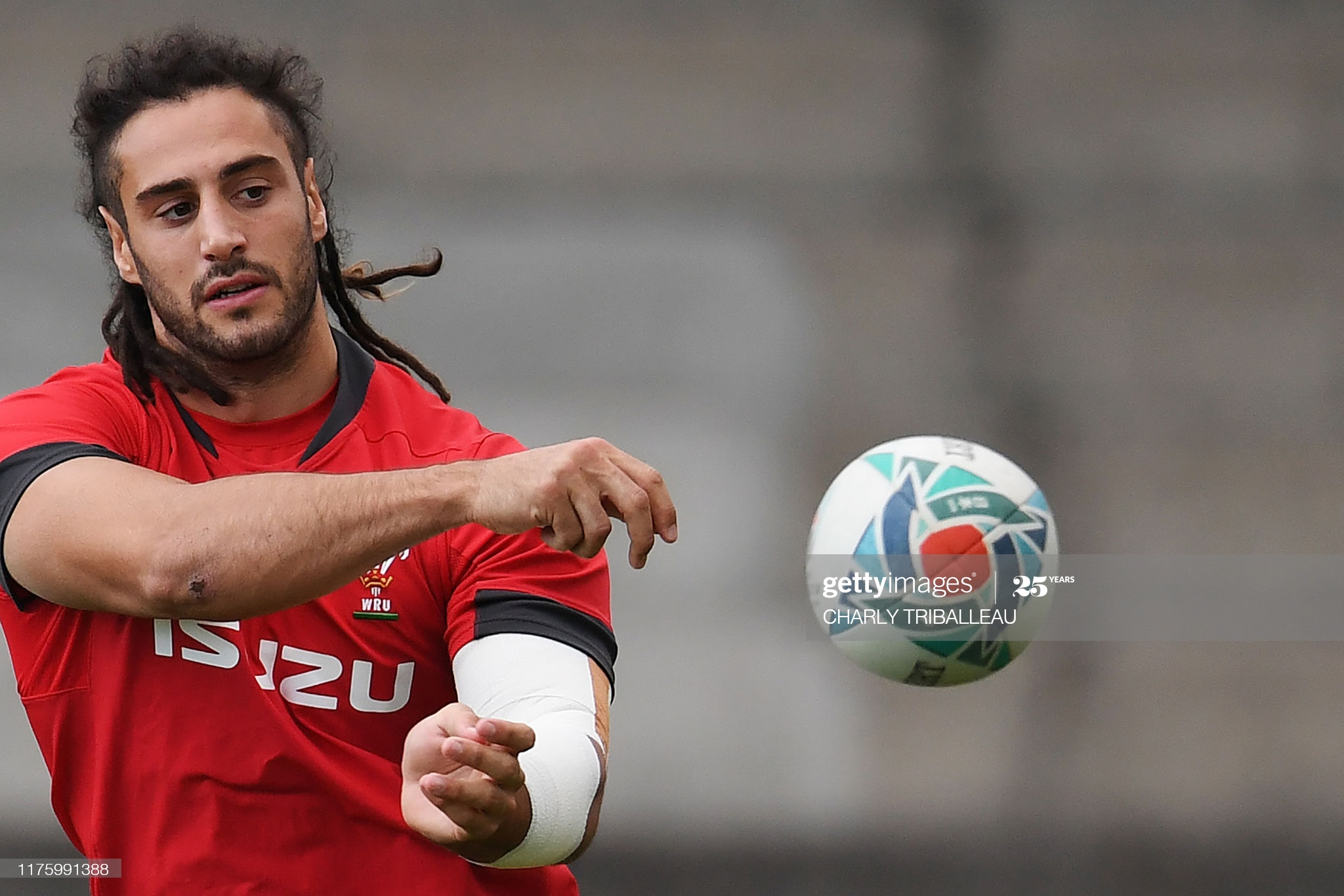 Josh Navidi is set to come straight back in for Wales against England. Pic: Getty Images.

Neil Jenkins has predicted fireworks when Wales host England on Saturday, a fiery encounter into which Josh Navidi looks likely to be pitched for his comeback game.

Wales kicking coach Jenkins – a veteran of Wales-England clashes going back to 1991 – has admitted he expects the clash to generate a bit more heat than what has so far been a low temperature Autumn Nations Cup.

That could be, in part, down to the chilling effect of no crowds and although the Parc Y Scarlets venue will be empty, Jenkins insists the thermometer will rise when the old enemies face off.

Asked if there will be fireworks, he said: “I’d be surprised if there’s not – very surprised. Both teams will be on the edge, there’s no doubting that and it’s a big game for both of us.

“England will want to maintain and continue what they are doing and we want to get on the right end of it and get on a winning run ourselves.

“It was nice to get the losing streak out of the way against Georgia, but this is a Wales-England game. The boys who have come in are very excited and looking forward to it.

“It’s a big old game for us and something the boys are looking forward to.

“It’s huge. We want to win every game we play and this is a big, big game for us. They are the second best side in the world, England at home.

“I’m used to being successful and wanting and expecting to win at home. I don’t see any difference on Saturday.

“We know it’s going to be tough, there’s no doubt about that. We understand what’s in front of us. But if we can do what we can do – and perform how we can perform – we have got more than a chance on Saturday.

“But we need to be right on the edge and right on the money to give ourselves a chance. It would be a huge boost to everyone here, that’s for sure, and to the country, obviously.”

Navidi looks like he may come straight into the back row, especially as Ross Moriarty has been released back to the Dragons after failing to overcome an ankle injury.

With his ability to play across the back row, Navidi may well return for his first match since suffering concussion training with Cardiff Blues in September.

“If Navs is right, he’s a fantastic player,” added Jenkins.

“We are pretty blessed in the back-row area, and Josh fits into that. For me, he’s a world-class player, the type of guy with minimal rugby that can step up and play Test match football.

“He is another one we are keeping a close eye on, and we will have a look on Thursday.

If Navidi is fit, then he may well be picked at openside flanker, given that Justin Tipuric is now himself struggling to overcome a head knock suffered against Georgia.

With Wales having just ended a run of six straight defeats with the victory over the Georgians, and England on the back of a six match winning streak, Eddie Jones’ side are firm favourites to secure their position at the top of Group A.

Jenkins concedes that his team will be the underdogs but added: “We’re a certain type in Wales and we would like the think we’re going to back ourselves on Saturday and we fancy our chances.

“England is always a huge game for us. There’s no doubting that. I can’t say it’s the biggest game of the year because every Test match is important and it means a lot to us.

“But England, certainly, is a big game for us and as we’ve already mentioned some of the performances against France, Scotland and Ireland haven’t been good enough.”