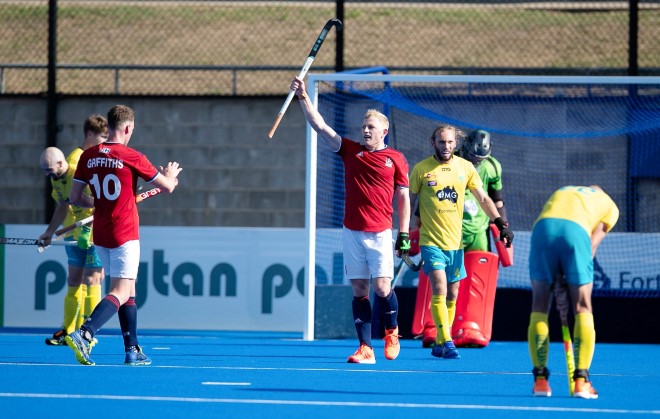 Rupert Shipperley netted on his debut as Great Britain held world No 1 Australia in their opening FIH Pro League game in Sydney.

The Wales ace came off the bench in the thrilling 4-4 draw after Britain had led 4-2 going into the final quarter.

Jacob Draper also celebrated his 50th cap for GB and Wales as Britain began the Olympic year with a battling display to earn a point.

The hosts won the shootout 3-1 in blisteringly hot conditions.

In the men’s match, Eddie Ockenden giving the Kookaburras the lead but GB quickly replied through Ashley Jackson.

Wales stalwart Shipperley then grabbed his first goal in GB colours as he looks to make his case to be on the plane to Tokyo this summer.

Liam Ansell extended the lead with Australia forced into an 11th outfielder for the final 10 minutes, making it pay through Aran Zalewski and Trent Mitton who swept home the leveller with just a minute left.

Wallace said: “It was a tough game, tough opposition and coming our here in 40C. So getting out here and putting in a good performance obviously we’re very happy with, but we’re gutted not to get all three points.

“The goal was great. I picked it up, started running and the next thing I knew I was in the circle. It was a great feeling to score it though.

“We’re going to come back harder tomorrow to secure all three points.”

Both teams had chances to win in the closing stages but it was Grace Stewart who struck to give the hosts all three points.