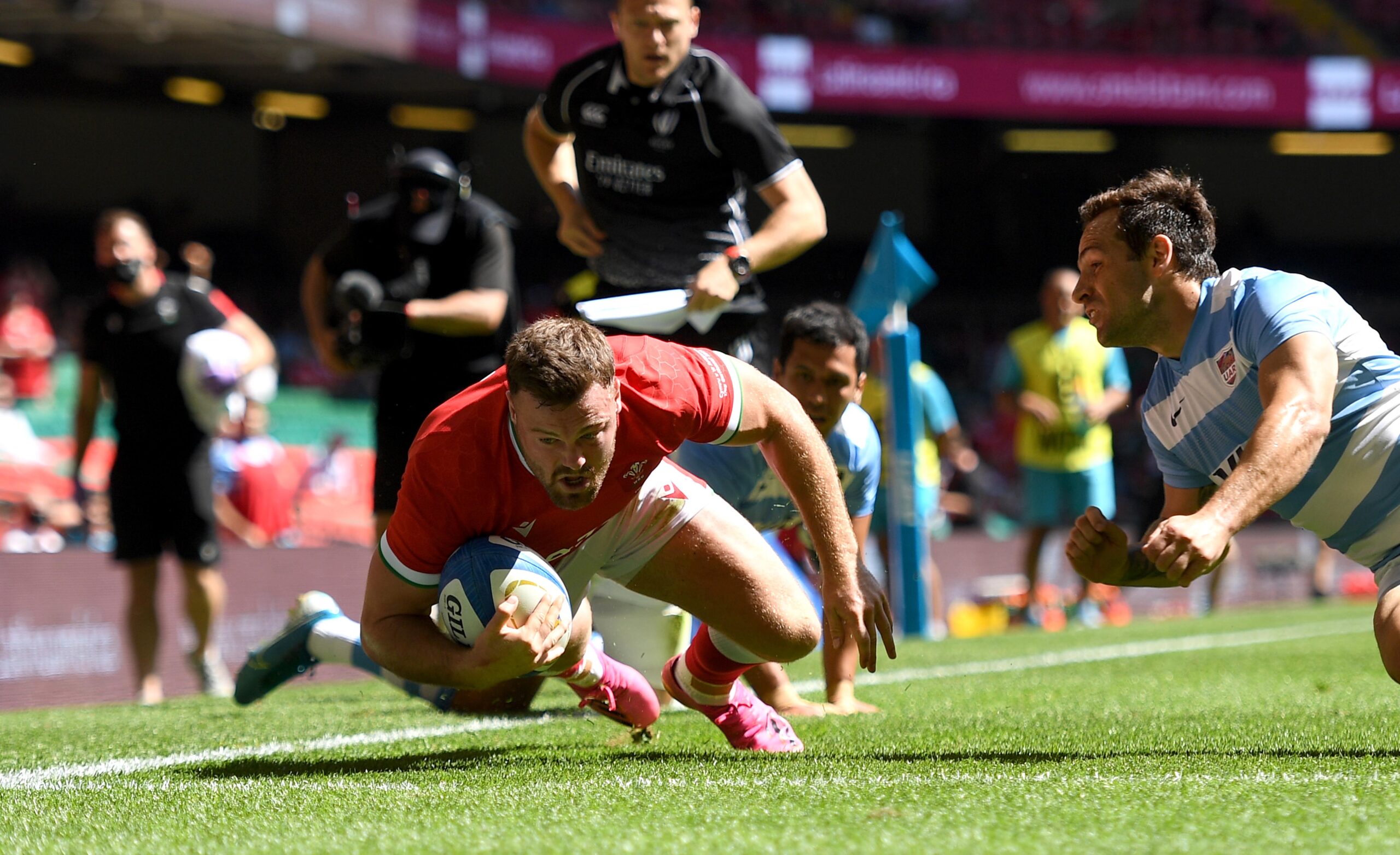 Wales lost 33-11 to Argentina as Wayne Pivac’s men suffered a series defeat to the South Americans at a very warm Principality Stadium.

After an eventful draw last week, this match was set up perfectly but Wales struggled to get going throughout.

Argentina controlled the game through their strong forward play and were guided to victory through the reliable boot of Nicolas Sanchez.

Wales scored a terrific try after eight minutes through winger Owen Lane who forcefully went over in the right corner after some terrific build up play from Jonathan Davies and Jarrod Evans.

Evans then hit the post from the touchline conversion so Wales led by five points.

The Pumas used their strong ball carriers to get deep inside the Wales 22 which allowed Matias Moroni to score from close range. Sanchez then converted to put Argentina in front.

Argentina started to get a stronghold in the game and could have easily extended their lead if it was not for a knock-on from Tomas Cubelli who had the line at his mercy.

The South Americans soon extended their lead to five points when Sanchez struck over a routine penalty.

Argentina continued on the front foot and scored their second try of the match, this time through Cubelli who made amends for his earlier error.

From a scrum, flanker Facundo Isa carried well which allowed Cubelli to dive over from short range.

Sanchez converted for a 17-5 lead.

Crucially for Wales, they got some much needed points on the board nine minutes from half time through the boot of Evans which meant Wales trailed by nine points going into the break.

There was little in the way of attacking play in a first half that what dominated by the Argentinian forwards.

Wales began the second half needing to take inspiration from last week’s draw which saw them claw their way back from the bigger deficit of 14 points.

Wales got back within range through an Evans penalty 50 minutes in and they were now behind by just six points.

But Wales could not use this to get some momentum into their attacking play and fell further behind through another Sanchez penalty. The gap was now back to nine.

In the 60th minute Wales’ quest to mount a comeback was made even harder when Hallam Amos was sent to the sin bin for taking out his opposite number Santiago Carreras in the air.

Four minutes later, Sanchez kicked his third penalty of the game to extend Argentina’s lead to 12.

Going into the final 10 minutes, Wales still couldn’t get going and continued to be haunted by numerous unforced errors.

Argentina then made sure of their victory through a fourth Sanchez penalty and a 79th minute try by Pablo Matera sealed a 33-11 win.

Wales will now look ahead to the autumn internationals which will see them take on the big southern hemisphere three of New Zealand, Australia and South Africa as well as Fiji.