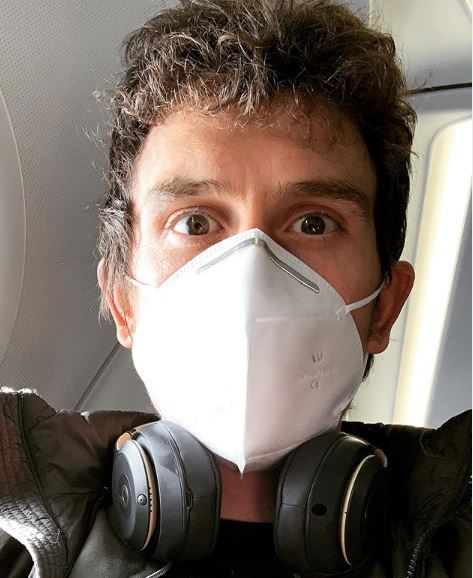 Geraint Thomas was putting on a brave face today after seeing his target suddenly shifted from the Tour de France to the Giro d’Italia.

The 2019 Yellow Jersey winner was surprisingly excluded from from Team Ineos’ Tour plans just 10 days before the Grand Depart in Nice along with four-time winner Chris Froome.

Now Thomas will switch his focus to the Giro, which could have brought him his first Grand Tour triumph in 2017 until a crash ended his hopes.

“As you’ve seen I won’t be at the Tour this year, unfortunately. It’s been a funny old year racing wise, training wise, but I’ve made the decision to target the Giro,” said Thomas in a short video posted on twitter.

“I’ll try and get the pink jersey. That’s a big challenge ahead, looking forward to it. At the moment I am going to chill out the next few days, maybe get a haircut and then crack on and get working hard for the Giro.”

In a video released by the team, the Cardiff-born rider added: “It’s nice to finally have a firm plan in place and to know exactly what I’m doing and, yeah, try and get some sort of positive out of this year.

Only recently Thomas had talked confidently of finding his best form for Le Tour before a disappointing a 37th placed finish on last week’s Criterium du Dauphine after struggling in the mountains, though was looking to lose the final kilogram needed to get him race ready.

But now Egan Bernal, who took Thomas’ coveted Yellow Jersey last year, will be backed by 2019 Giro champ Richard Carapaz instead of the Welsh hero while Froome will focus instead on the Vuelta a Espana.

Thomas was in superb form and looked in serious contention for the Giro title when he last raced it in 2017, but was forced to abandon the race after a stationary police motorbike sparked a high-speed crash on stage 9.

He has always said he would be keen on a return some day, but clearly was not expecting that to be in 2020.

The Giro starts in Palermo, Sicily on Saturday, October 3 giving him more time to be fighting fit and the route  – which includes several hard mountain stages in the final week but also three time trials – should suit him.

“In 2017, I was in great shape, kind of like what I was in 2018 when I won the Tour. The Giro went badly with that crash, so it’s always something I’ve wanted to go back to,” Thomas added on the Team Ineos video.

“I enjoy the racing there, I love racing in Italy, the road, the fans and the food. It’s just a race I’ve always enjoyed certainly looking forward to going back and that’s the plan now.”

“We’re going to focus on Geraint and give him the opportunity,” Brailsford said, selling Thomas’ move to the Giro as well as he could.

“He’s been second in the Tour, he’s been first in the Tour the year before, this guy needs a big chance, he need a big platform; so we decided to give Geraint the opportunity to focus on going for the Giro.

“A Welshman’s never won the Giro, it’s a big race and if he can double that up, it’d be terrific. There’s three time trials, the mountains suit him, it’s a pretty good Grand Tour for him.”