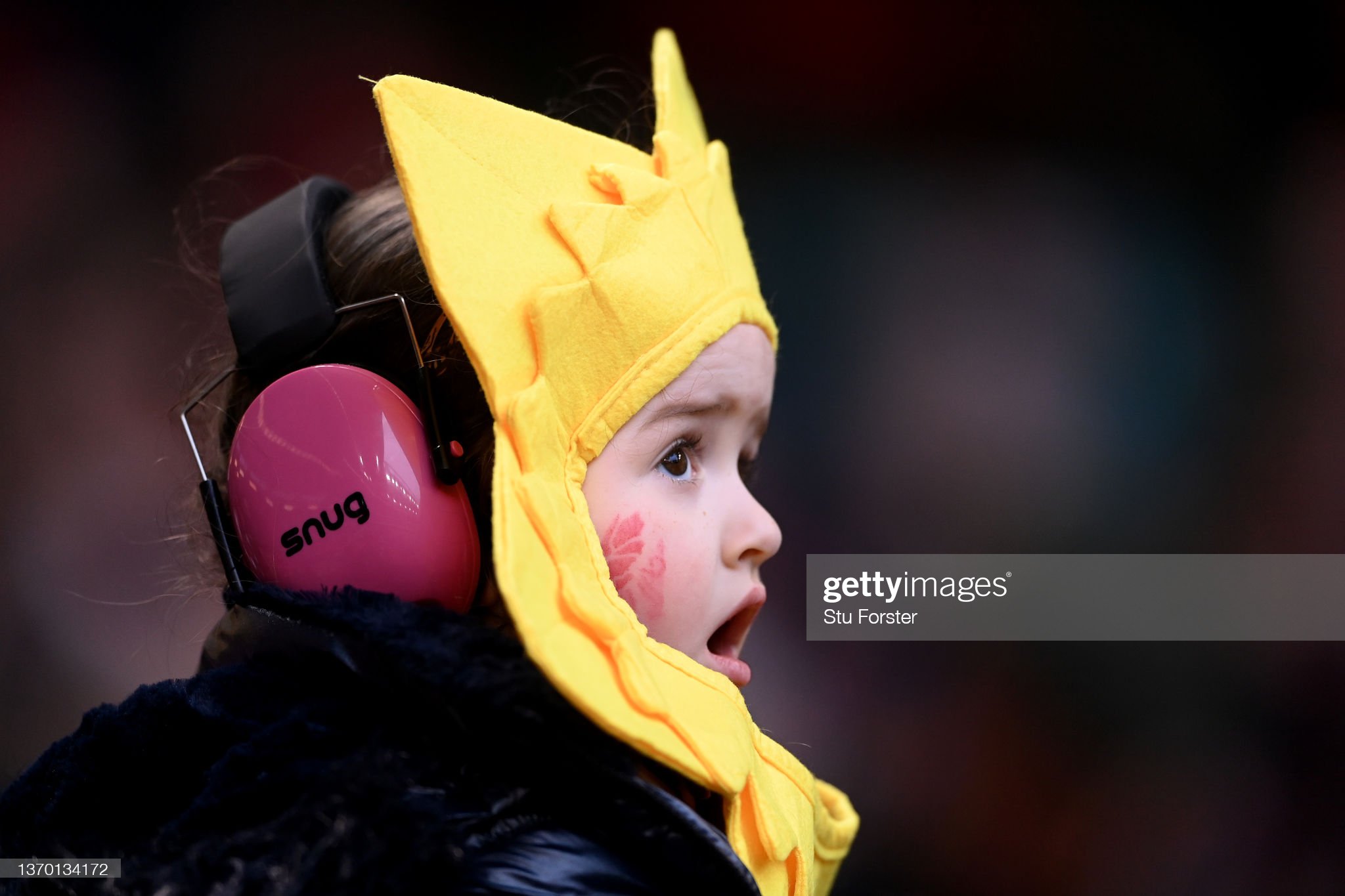 How much?! Tickets for next season's Six Nations matches will reach £130 . Pic: Getty Images.

Tickets for next season’s Six Nations matches to watch Wales in Cardiff will hit £130 for the first time, it has been announced. For Stuart Taylor, it indicates the Welsh Rugby Union has lost touch with financial reality for all but the very richest.

Being a Welsh rugby fan has never been for the faint-hearted, such is the undoubted turbulent nature of the game this side of Offa’s Dyke.

You only have to look at recent history as a screenshot for evidence of the highly tempestuous state the Welsh rugby team seems to unwittingly get trapped in.

Crowned Six Nations Champions in 2021 – just seconds away from claiming a Grand Slam had it not been for a last-ditch French try in Paris – to languishing in fifth place 12-months later having experienced the ignominy of losing to Italy for the first time in Cardiff.

Welcome to Welsh rugby and all that.

As a fan, is it really worth putting yourself through the whole spectrum of emotions just to be able to coin a phrase from a hero of yesteryear that “I was there?”

Well, it seems the Welsh Rugby Union are doing their level best to make the decision for you by increasing the price of their most expensive ticket for the 2023 Six Nations to £130.

The new price will be a record high to watch a game in Cardiff – all that money for the pleasure or despair of watching the men in red.

– The £40 seats are terrible and extremely limited.

When I excitedly attended my first Wales international against Western Samoa in Cardiff in November 1988, the cost of a ticket was £7 – which was £4 cheaper than for a Five Nations Championship fixture.

So, for argument’s sake, if I had gone to watch Wales v France in 1988 at a ticket price of £11, it would be the equivalent of paying £31.43 in today’s money according to the online CPI Inflation Calculator.

How the WRU can justify charging £130 for their most expensive ticket to see a fixture against England is anyone’s guess.

Those in power at the WRU will no doubt argue that their entry-level ticket price for the Principality Stadium meeting with our sporting arch-enemy starts at £40 and continues on an upward curve to £90, £115, £120 until you hit £130.

They will also point to the fact they have also decreased the price of the tickets in the alcohol-free zone to £90 for the England clash.

We have already witnessed fans seemingly voting with their feet as we saw fixtures against France and Italy failing to sell out the full capacity during this year’s Six Nations Championship.

It must be pointed out that a Friday night encounter with an 8pm kick-off would have added to one of the many reasons why there were more than 10,000 empty seats for the clash with the eventual champions.

You work out what the next generation will be watching 🤷🏻‍♂️ #Wales pic.twitter.com/DLH0UeVTeF

By the time the ill-fated encounter with Italy arrived, fans had lost interest.

The WRU have used the ever faithful Welsh rugby supporter – when it comes to internationals, anyway – as a cash cow that is only too willing to be milked of its hard-earned money.

I sense that fans will start to prioritise where their money will be spent next season. With the cost of living rising faster than real-time wages along with out of control energy prices, even the most diehard Wales fan will have to cut their cloth accordingly.

Even if you are fortunate enough to be able to ride out the economic storm which is brewing would you really consider splashing out £130 to watch Wales take on England in Cardiff when you could be a part of the Red Wall that is the Welsh football fanbase at a fraction of the price?

Last season, the most you would have paid for an adult ticket to watch Gareth Bale and Co play at home would have been £59.50 with the cheapest standard adult ticket costing just £42.50.

There has also been a concerted effort by the Football Association of Wales to keep prices low for children (16 and under) with tickets ranging from £17 down to £12.50 and £8.50.

The contrast between the fortunes of the two sports couldn’t be any starker than it is currently.

Flown under the radar that the WRU have put their ticket prices up AGAIN. £130 per person to watch Wales v England in the Six Nations is absolutely astronomical and so unbelievably tone-deaf during this cost of living crisis

As Welsh rugby stumbles blindly into yet another crisis following the loss to Italy, Welsh football is riding proudly upon a wave of nationalistic emotion that will hopefully carry them through to their first World Cup finals since 1958 in Qatar in November.

In March, a shell-shocked Principality Stadium conveyed about as much fervour as the prospect of a night out with Jacob Rees-Mogg, following the shameful defeat to Italy.

Just five days later those in attendance at the Cardiff City Stadium looked as if they were embracing being fully immersed in a cultural awakening as Dafydd Iwan and a 2-1 victory over Austria reminded a nation that it was indeed  “Yma o Hyd” (Still here).

Welsh rugby looks to have become tired and somewhat predictable both on and off the field.

Far stricter action should have been taken following reports of a six-year-old boy being vomited on by a drunk supporter, a disabled fan being verbally abused and scuffles breaking out between inebriated fans.

The incidents listed above may be isolated when you consider there were 74,000 people in attendance at the time but I can’t help feeling that with proper direction and leadership from those in charge it would have sent out a strong message that zero tolerance is the way forward to protect the good values of rugby.

This didn’t happen. The WRU never seemed to truly tackle the problem head-on.

Instead of listening to the fans, the WRU have doubled down on their quest to alienate everyone. Thank goodness for the FAW!https://t.co/5fRAah63jw

When confronted with the very real problem of boozed-up supporters spoiling the match-day experience for genuine fans they half-heartedly decided to sell weaker beer, have an alcohol-free seating area and shut stadium bars early.

When it came to the crunch of either protecting fans or protecting their profits, the Union behaved like a profit-driven company, rather than a governing body of a national sport.

But where is the evidence of those profits being put back into the sport? What does the diversification into areas like hotels tell us about their priorities?

A lack of real investment at all levels of Welsh rugby, along with those ever-increasing ticket prices for Six Nations matches, shows just how out of touch those at the WRU are.

At a time when rugby as a sport is blighted by many issues concerning player safety, ever-increasingly confusing rules, and poor officiating, both on and off the field, you would think those in charge at the WRU would have been looking at ways to attract people to the sport not turn them away.

Let’s hope we don’t get to the stage where Dafydd Iwan feels compelled to pen a song entitled: Ble Maen Nhw? (Where are they?) in reference to the Welsh rugby fan.