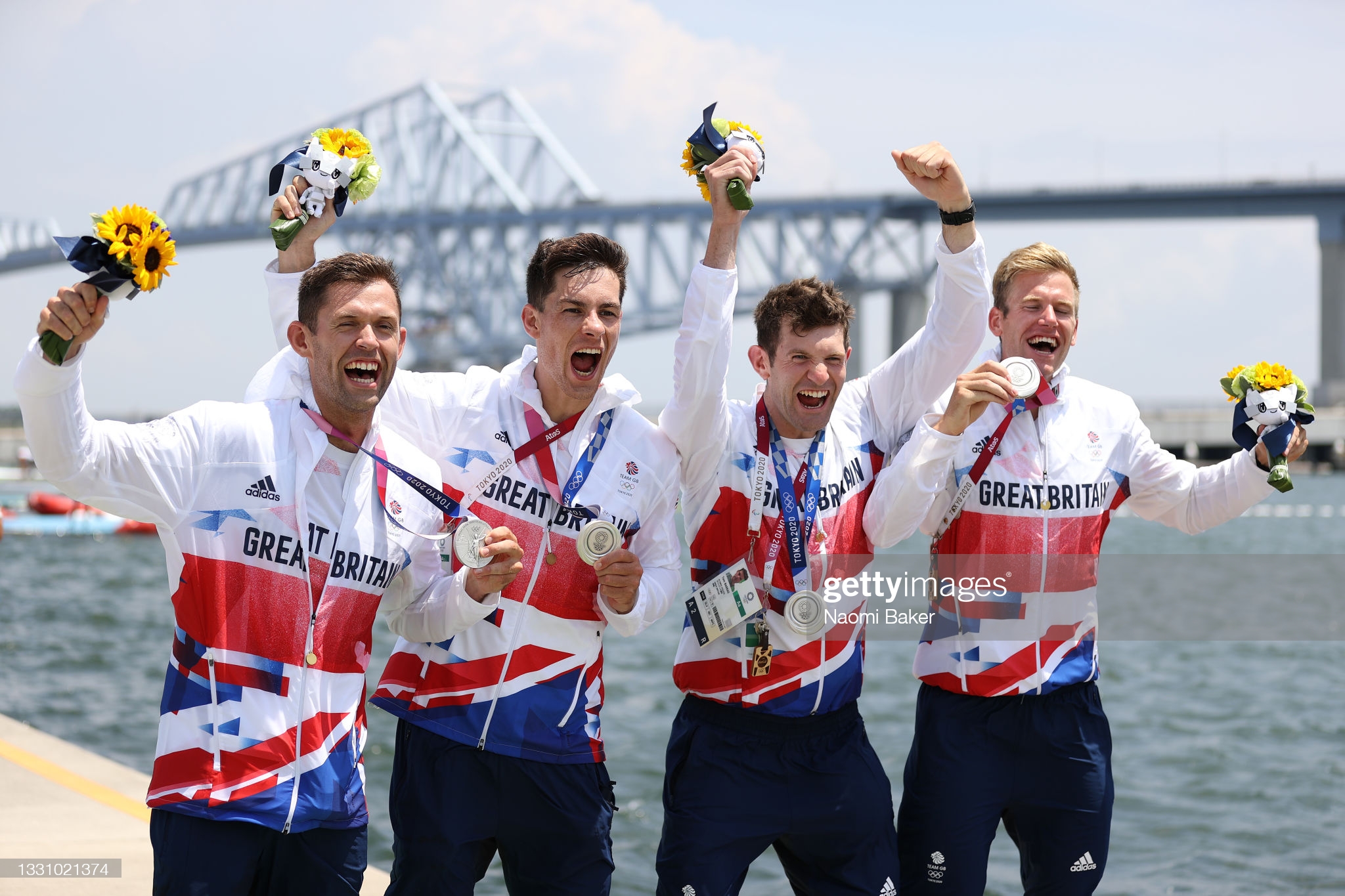 Welsh rower Tom Barras battled to a superb and unexpected Olympic silver medal in Tokyo in the quadruple sculls.

Barras – who opted for Welsh qualification while at university in Cardiff – helped Great Britain finally win a medal on the rowing waters on day five of the Games.

Harry Leask, Angus Groom, Barras and Jack Beaumont were unfancied in the difficult lane one but they overcame the odds to finish in the podium spots.

The British quartet were edged out by Holland, who took gold, while Australia finished third.

It was a first men’s quadruple sculls medal in Olympic history for GB and the team’s first rowing medal of Tokyo 2020.

The GB foursome held their nerve to make history on the Sea Forest Waterway, stopping the clock in 5:33.75 in one of the most dramatic races of the meet.

It was Britain’s first Olympic medal in the event, and Barras, who hails from Staines, said: “Speaking on behalf of all of us, I just want to say a huge thanks to our friends, to our family, the people who have been up watching us through the middle of the night.

“The whole of Team GB is absolutely amazing, this is for everyone.”

Barras was just 11 when he started rowing. He won a number of domestic titles before arriving in Cardiff as a student. There, he opted to row for Wales before moving onto the British programme.

The 27-year-old won bronze in the single sculls at his first senior World Championships in 2017 before lining up in the men’s quad in Tokyo.

The Team GB quartet produced a flying start from the unfavoured lane one and were rewarded for their bravery, going out hard and leading the race in the opening stages to earn their place on the podium.

The men’s quad sculls has been part of the Olympic regatta at every Games since first being introduced at Montreal 1976.

Barras’s teammate Beaumont said: “It was wild out there. The conditions are rough, with a tailwind, but it’s what we’re used to back at home so we’ve trained in this so many times, it did not shake us.

“We decided that, as we were in lane one with an outside chance of a medal, we were going to take it to them and we really did it.

If you’re just waking up, it’s a silver medal for @tombarras2, what an effort! Congratulations Tom pic.twitter.com/JwbTWf0hWr

“I am so happy. It’s the first Olympic medal for our boat class in this country and we’re standing on the shoulders on loads of teammates before us. They helped us get here and it’s another step on our way to getting the gold.

“British men’s sculling can win medals now – we’re not in the background, we can do it.

“Thanks to everyone at home, to those who are crazy enough to be up in the middle of the night watching us.”