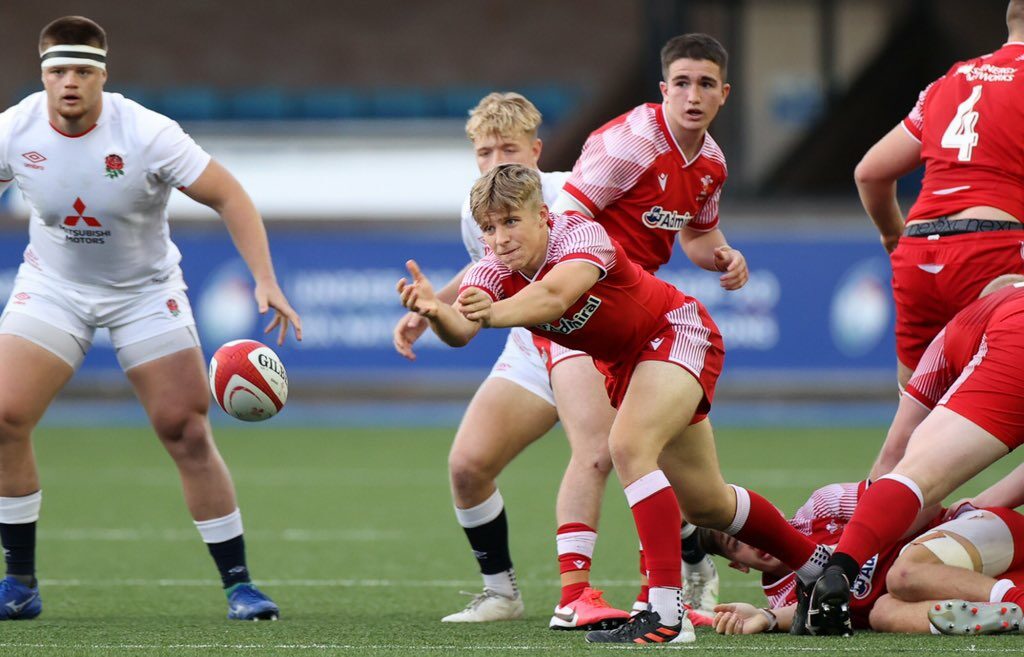 Wales U20’s fell to their third successive defeat in the Six Nations with a 45-3 loss to the so far undefeated England who will now have hopes of completing the grand slam at the Arms Park next Tuesday.

Wales Captain Alex Mann couldn’t fault his sides effort and is aiming to end the Six Nations campaign with a win over the so far winless Scotland.

“It was really tough, I’m disappointed for the boys as I thought we deserved more but now we have got to put things right and learn from our mistakes, particularly with our discipline,” said Mann.

“I’m really proud of the boy’s defensive effort, I couldn’t ask any more of them, we are a tight-knit group so I’m sure we’ll stick together.

“It’s now important for us to finish on a high next week against Scotland, we will do everything possible to win our second match of the tournament.

There was plenty of endeavour from Ioan Cunningham’s side but the power of the English, who have now completed a Triple Crown, proved too much to deal with.

The hosts made the perfect start when Sam Costelow nailed an early penalty kick but it was one way traffic thereafter.

Wales struggled to cope with England’s driving line-out and openside flanker Jack Clement claimed the game’s opening try when he powered over from short range.

Wales were excellent in defence frustrating England for large periods but they struggled to enjoy possession for long enough. And England could thank their driving maul for their second try as well with hooker Sam Riley the beneficiary this time.

Wales were caught napping when scrum-half Jack van Poortvliet took a quick tap before running in unopposed from 20 metres out.

Both sides received a yellow card each on the stroke of half-time with Efan Daniel and Harvey Bindell-Beaton sent to the sin bin for handbags.

England led 19-3 at the interval and things got a whole lot worse for the hosts in the second half with Arthur Relton scoring two tries in the space of three minutes.

Wales received their second yellow card of the game when Christ Tshuinza was sent to the sin bin for a high tackle.

England claimed their sixth try, this time through No. 8 Nahum Merigan from short range, the big man powering through the Welsh defence.

And Merigan rubbed salt into Welsh wounds a few minutes late when he powered over from short range to complete the scoring.