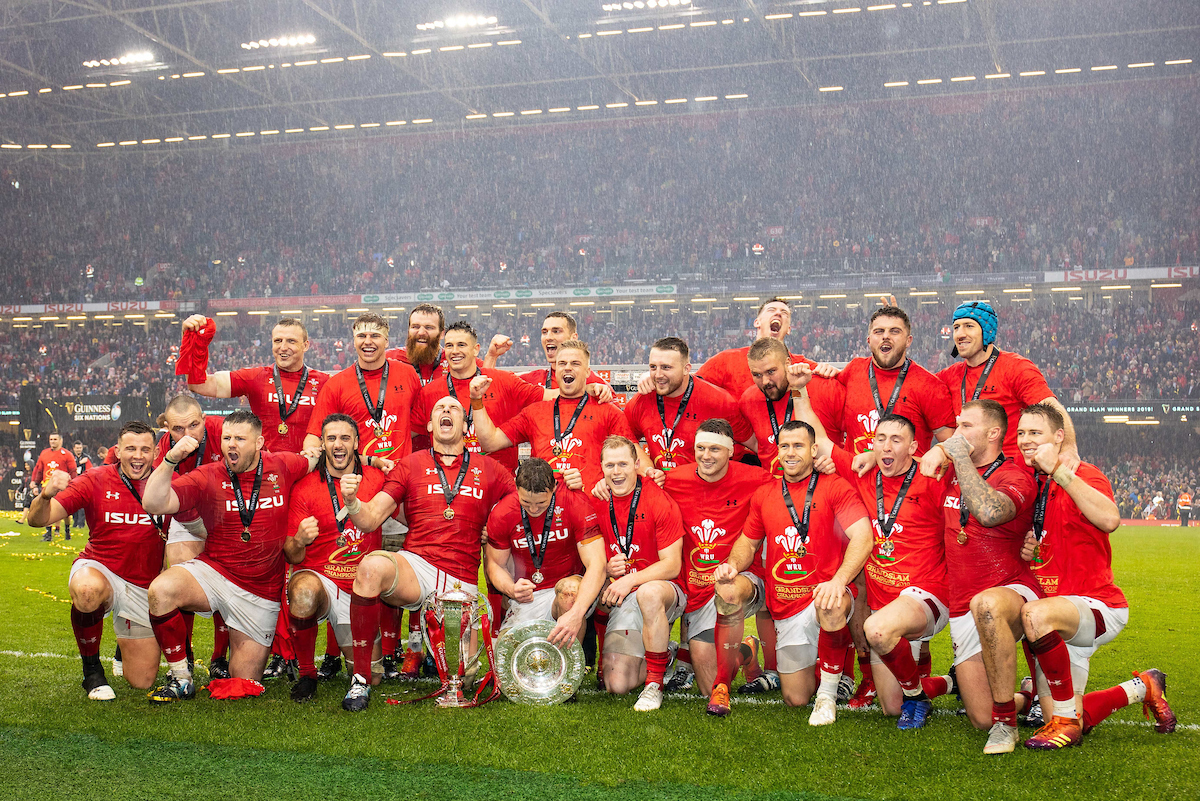 The team that Warren Gatland said have forgotten how to lose duly won the Six Nations Grand Slam.

They did it in a certain Welsh wet-weather style, too, winning 25-7 and making a mockery of Ireland’s supposed advantage of playing under an open roof at a rain-swept Principality Stadium. It also stretched their unbeaten run to 14 matches.

They even came close to becoming a team that could not remember how to concede a point until Jordan Lamour’s try saved Ireland from complete humiliation in the final move of the match.

By then, Gareth Anscombe had kicked six penalties following Hadleigh Parkes’ early try to secure a third Grand Slam for Warren Gatland – the only coach ever to achieve a triple.

The fact that Gatland made history against the Irish will have certain deep satisfaction he may allow himself to relish and reflect upon at some point. If Ireland had not sacked the New Zealander back in 2001 when they felt he wasn’t up to scratch as an international coach, then his stint with Wales might never have happened.

Gatland’s talent is in making the complex become straightforward. He is an overseer, a general who gathers all the strands of his operation and sets the required tone and mood with a few well-chosen words.

The build-up to this game was typical of his ability to motivate rather than over-praise, to deflect onto others the stuff that didn’t matter – such as the talk about an open or closed roof – and concentrate on bringing his own players to exactly the right blend of bubbling passion and cool control.

Gatland only bangs his own drum when his ability or decisions are questioned. When praise is heaped on him, he normally likes to scatter it around and it was no different this time when asked about becoming a history-maker.

“I’m proud of the players,” he said. “It’s not about me. The players were doing it for themselves and the crowd and the nation as a whole.

“They have created their own bit of history and no-one can ever take that away from them.”

Asked about how he had managed another clean sweep, he could not resist a poke at England’s Eddie Jones who had suggested Wales were staggering, exhausted and still far from the finishing line.

“We didn’t look too tired, did we? That first game was really important against France. You win the first one and then we had Italy and two to rest and prepare for England.

“I said I felt we could win the tournament because for me it was about giving the players confidence. If what a coach says adds one per cent to creating belief, then maybe something can happen.”

In beating the number two-ranked team in the world, Wales will now go to the World Cup as clear contenders to win – a fact Gatland was happy to acknowledge.

“We are trying to slip under the radar. We know on our day we are capable of beating good teams. With a little bit of break these boys can then train exceptionally hard. I know they will run through bricks wall for each other.

“If we don’t pick up too many injuries, then we have got a great chance of beating anybody.”

Gatland also had praise for his captain, Alun Wyn Jones who suffered a knee injury early on, had his leg strapped, and continued as if nothing had happened.

Jones will soon become the most-capped Welsh Test player of all time – passing Gethin Jenkins’ mark of 134 appearances – and Gatland added: “He has really matured as a player. He is tough, resilient, he deserves all the accolades he gets. He’s just a fantastic person and a great player.”

There were plenty of defining images, but one in particular will be the sight of Alun Wyn Jones as the clock ticked into the red, raging defiant instructions to his team at a line-out. The captain was as determined not to concede in injury time of the final match with a 25-point lead as he had been at any other point in the tournament.

The fact that Wales did eventually crack just a few moments later mattered little in the overall course of the match or the tournament. Wales have been the specialists in defending, the masters of meanness, the experts at taking the chances that come their way.

They came into this game heavily burdened by expectation, but it was Ireland who fell to pieces as they fumbled and slithered to an utterly one-sided defeat.

They conceded penalty after penalty, made error after error and the pressure Wales applied in every area turned experienced veterans such as Johnny Sexton and Cian Healy into nervy, stumbling shadows of their normal selves.

From the moment Parkes latched onto Gareth Anscombe’s chip for the lead after little more than a minute, Ireland were the team on the back foot.

They were ill-disciplined at the breakdown, they made mistakes with ball in hand, and even when they stretched Wales they blew opportunities with poor passing and decision-making.

At the hub of all that chaos was the normally machine-like Johnny Sexton. He had arguably his worst game for Ireland and any other team would have replaced their playmaker long before he eventually made way with seven minutes remaining.

For Wales, it mattered little that they were forced into a reshuffle when George North went off injured early on.

Dan Biggar controlled the game from outside-half which allowed Anscombe to simply concentrate on kicking his goals, which he did to perfection.

One thought on “Wales: The Unforgettable Team And The Coach Who Has Triple Grand Slam Memories”