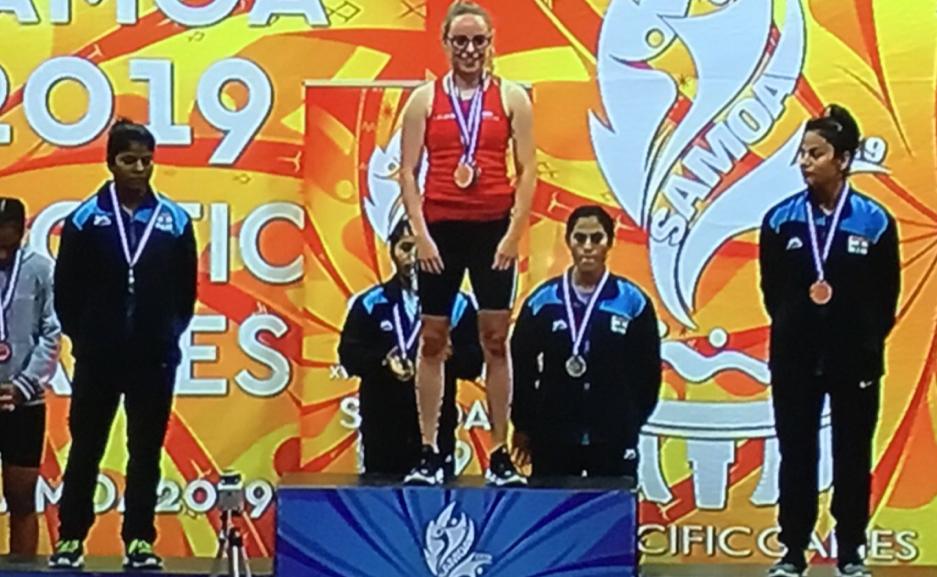 Hannah Powell and Catrin Jones got Wales’ campaign at the Commonwealth Weightlifting Championships off to a superb medal winning start in Samoa.

Powell set new personal bests in the snatch, clean and jerk and total to bag the silver medal in the senior event.

And Bangor University student Jones was also in PB breaking form as she dominated her Indian rivals to win the Commonwealth junior title.

The duo’s success showed they will be podium contenders in Birmingham 2022 as they look to maintain Wales’ rich medal winning tradition at the Commonwealth Games.

Jones, who studies psychology, already had happy memories of competing in Samoa having won the Commonwealth Youth Games title there in 2015.

And the 20-year-old will return with the gold this time after a snatch  of 77k, clean and jerk of 96 for a total of 173kg to see off her Indian rivals.

Just Champion: How A Holyhead Gym Pulls Its Weight In More Ways Than One

Powell, who works at Bangor University, added to Welsh medal joy with the silver medal after a snatch of 64kg, clean and jerk of 84kg for her new personal best of 148kg in the 45kg category.

The 26-year-old had been in record breaking form all season  and winning a medal at a high-quality Commonwealth Championships – competing against rivals who train full-time will boost her hopes for Birmingham.

Wales have a six-strong team in Samoa with 2018 Commonwealth Games champ Gareth Evans competing later in the tournament.