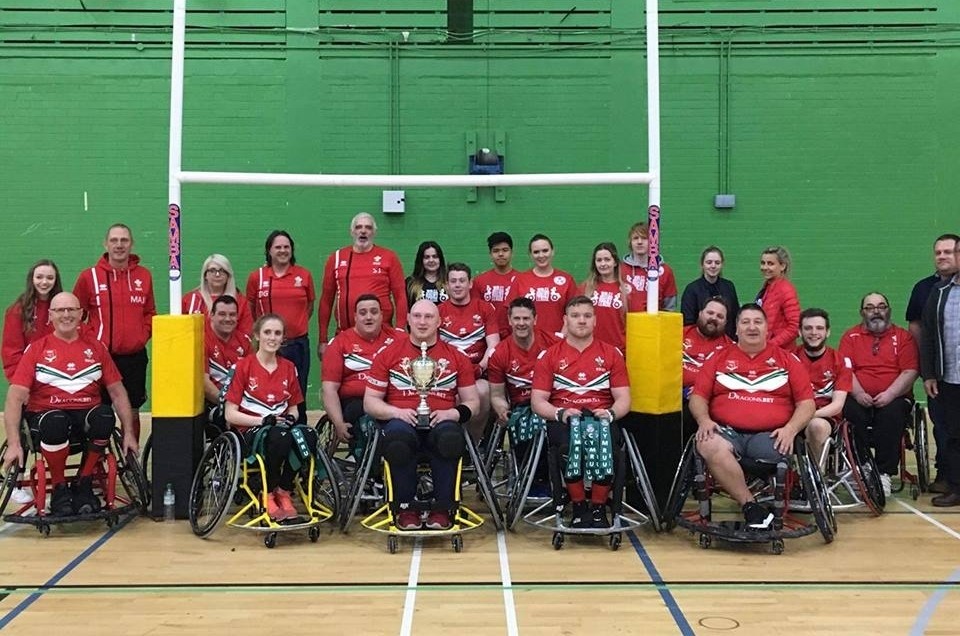 Wales Wheelchair Rugby League have announced their squad for the 2019 Celtic Cup at Calderdale College in Halifax on Saturday 27th April as the Dragons attempt to win the trophy for a fourth successive year.

The tournament starts at 11am and will, as per usual, see three full-length 80 minute matches between Wales, Scotland and Ireland, who are this year’s official organisers.

Wales’ players are selected from just two clubs, Hereford Harriers and North Wales Crusaders, with Herford’s Phillip Davies the only newcomer to the squad.

Wales head coach Steve Jones said: “This is a very exciting squad with some great depth and experience. We are happy to see the return of Scotty Trigg-Turner to the squad as well as Phillip making his debut in the red shirt.

“We had a really great turnout in the trials and I think it’s one of the best squads we’ve put out, especially when you consider we are missing four good players due to injury and availability issues.”

Tries are scored by placing the ball down on or over the line, while conversions and drop goals are taken with the players’ hands. It makes for an exciting sport that is enjoyed by many.

Go to http://www.rlif.com/ignite_docs/Wheelchair%20Rugby%20League%20Laws%20and%20Intepretations%202017%20Final.pdf to view the full official laws of Wheelchair Rugby League.