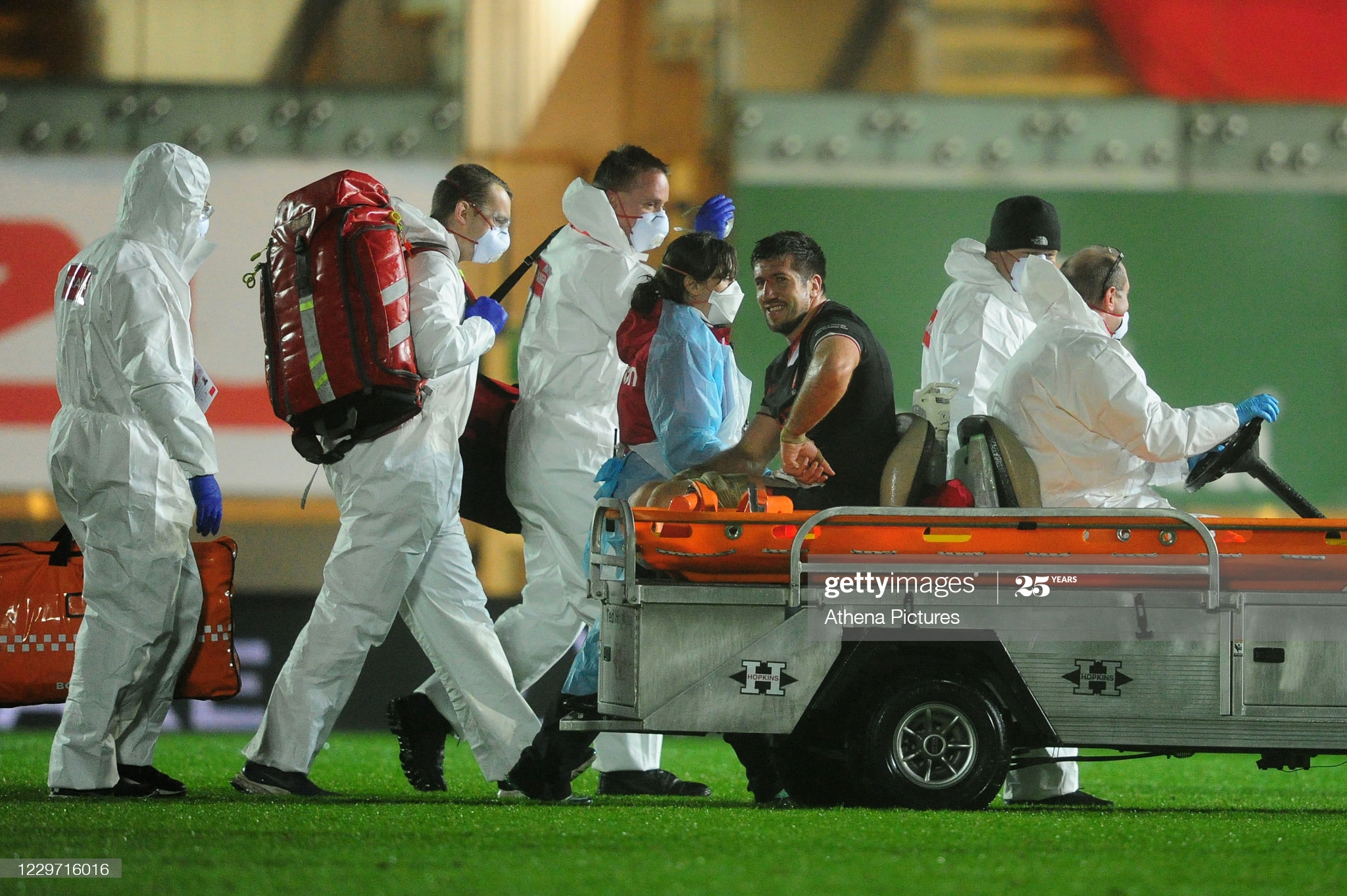 Wales have got the monkey off their back, but at a painful cost with Justin Tipuric a major doubt to face England next week.

Wayne Pivac’s team finally won again after six straight defeats thanks to a workmanlike display from a youthful side who put away rugged Georgia, 18-0, at Parc Y Scarlets in Llanelli.

It was not a classic, but corner-turners rarely are. What will have pleased Pivac was the nous shown by a team with plenty of fresh faces in closing out the win and shutting out the scoreless Georgians.

But influential captain Tipuric has emerged as an injury doubt for England after taking a swinging arm to the head and leaving the field.

It was a win but Pivac, though, is not a man to celebrate too soon and with a trip to Twickenham looming, the blunt speaking New Zealander warned that the old enemy – arguably the most in-form team in the world at present – will be a very different kettle of fish.

At least Wales have shown a step in the right direction as in awful conditions they relieved some of the pressure on under-fire head coach Pivac with a win secured thanks to tries from Louis Rees-Zammit and Rhys Webb.

“We took a step in the right direction across the board,” said Pivac.

“I thought in the areas we expected Georgia to come at us, we went very well. We went well in the scrum and the line-outs and we didn’t concede there.

“I thought the work that went in during the week paid dividends. There were some good performances.

“There is still plenty to work on and it was far from perfect, but it was a step in the right direction for the guys who got the opportunity.

“England are obviously a totally different proposition so we’ll review the game and we’ll make a selection based on putting a side out there that we think can get the job done.

“England are a formidable side with a lot of talent. They are a big side so they are going to be a challenge and a handful for us.

https://t.co/WvppOrUler
How have they managed to get 5 minutes for highlight out of that. I would hate to be the person who did that

“I think we need to build on our set-piece against a strong England side. If we could beat England that would certainly make up for some of the performances we’ve put in.”

Wales’ breakdown and set-piece has been awful so far this autumn, but it was much improved against Georgia as they dominated at scrum time.

Props Wyn Jones and Samson Lee put their hands up to start against England after dismantling Los Lelos in the tight.

The testicular cancer survivor is now a strong bet to start against England with Jonathan Davies unlikely to be involved due to a knee injury.

Pivac said: “Johnny is very excited and he’s very pleased with his performance. I think in the conditions he did well.

“Before you can go wide you have to go forward and Johnny was one of the guys who put us on the front foot by getting us over the gain-line. He had a really impressive game.

“It was very difficult, but to come away with a win was pleasing, particularly for the young guys who got a start. Young Ioan came off the bench with Callum also having his first start.

“I thought those boys all contributed well. In terms of the depth in the squad we’ve seen some players play for the first time and play reasonably well.

“From that point of view, it was pleasing.”

Pivac was left scathing after his captain Tipuric emerged as a doubt for the visit of Eddie Jones’ England after he was felled by a forearm smash to the face by his opposite number Beka Saginadze.

The Georgian was yellow carded, but Pivac felt it could have been red.

My on the whistle match report.

Big improvement from the Welsh pack but plenty to work on in attack.

Wyn Jones, Samson Lee and Jake Ball should come into the pack for the England game.

He said: “I’ve just seen Justin in the corridor and he’s chatting away. It was an incident which I thought warranted a little bit more than a yellow card.

“It certainly looked a nasty forearm to the face so unfortunately it put paid to Justin for the rest of the match. Taulupe Faletau will be fine for England and with Josh Navidi we’ll have to wait and see.”

Wales No 8 and man of the match Aaron Wainwright said of the tackle on Tipuric: “It could have gone either way, red or yellow.

“I don’t think it was the best of challenges, but Justin is alright and that’s the main thing. I’ve checked on him and he’s feeling a lot better now.”