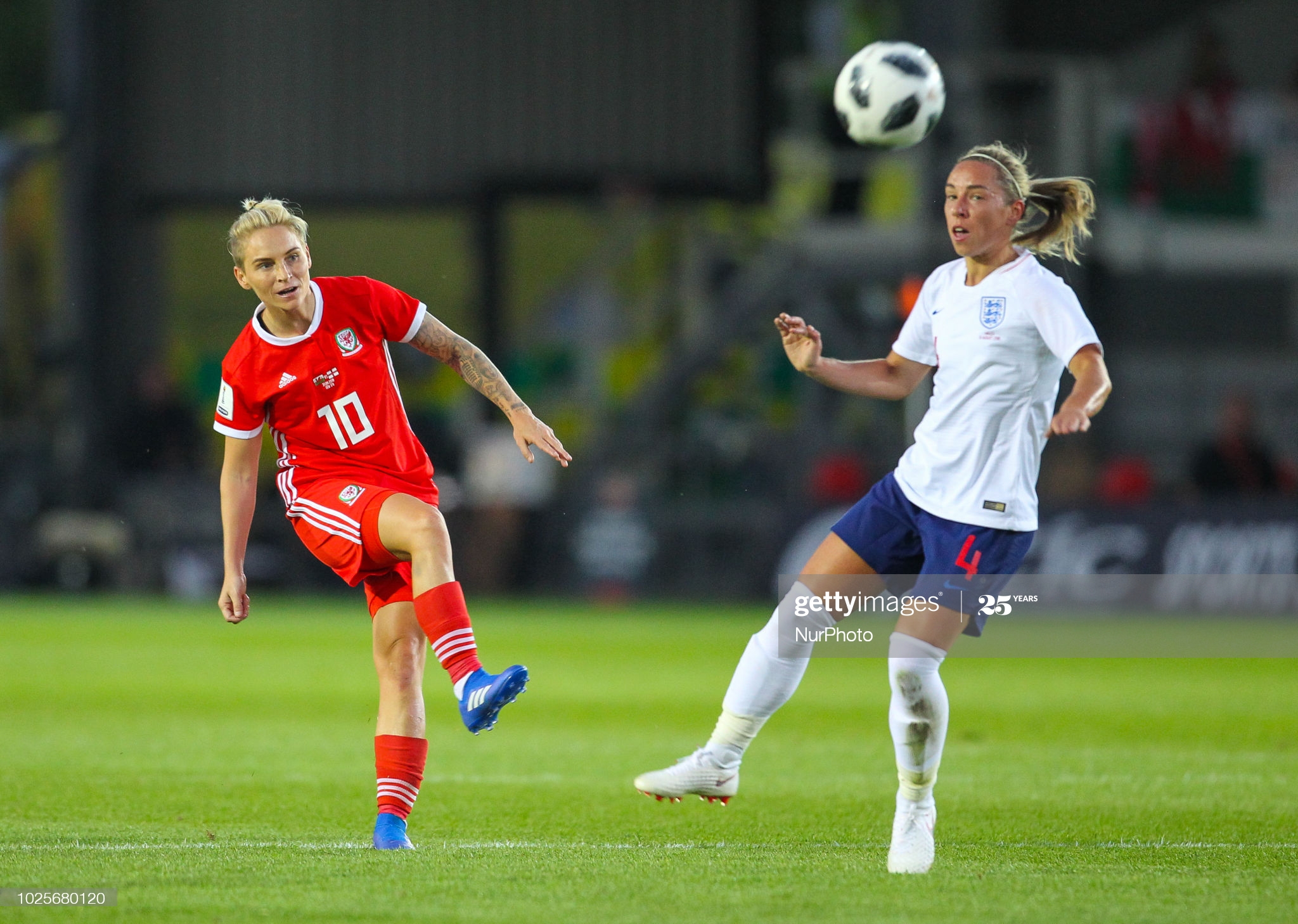 Wales' most capped player, Jess Fishlock, will add to her 117 cap tally in the Euro qualifiers. Pic: Action Foto Sport/NurPhoto via Getty Images

Jayne Ludlow says Wales will cope with her gameplans for the vastly-different European Women’s Championship qualifiers against the Faroe Islands and Norway.

Wales entertain group minnows the Faroe Islands on October 22 before the visit of Noway who have won all four of their games so far five days later.

But Ludlow is confident her side can get decent results in both after naming a squad of 26 for both games.

“These are two very different opponents and we have prepped two completely different gameplans, which I am sure the girls will cope fine with,” said Ludlow.

“They are two games I believe we can get decent results in. In terms of availability of players, it has been a good selection process for us.”

Jess Fishlock is set to extend her Wales cap record of 117 while skipper Sophie Ingle, who hit the century mark last time out in the 1-0 defeat in Norway, is also included.

Seven uncapped players are in the squad while there are two changes in the goalkeeping ranks.

The Faroe Islands visit Rodney Parade on Thursday before Wales entertain Group C leaders Norway in a game that has now been switched to Cardiff City Stadium.

Ludlow’s side are second in the group four points behind Norway which would be good enough for a play-offs spot.