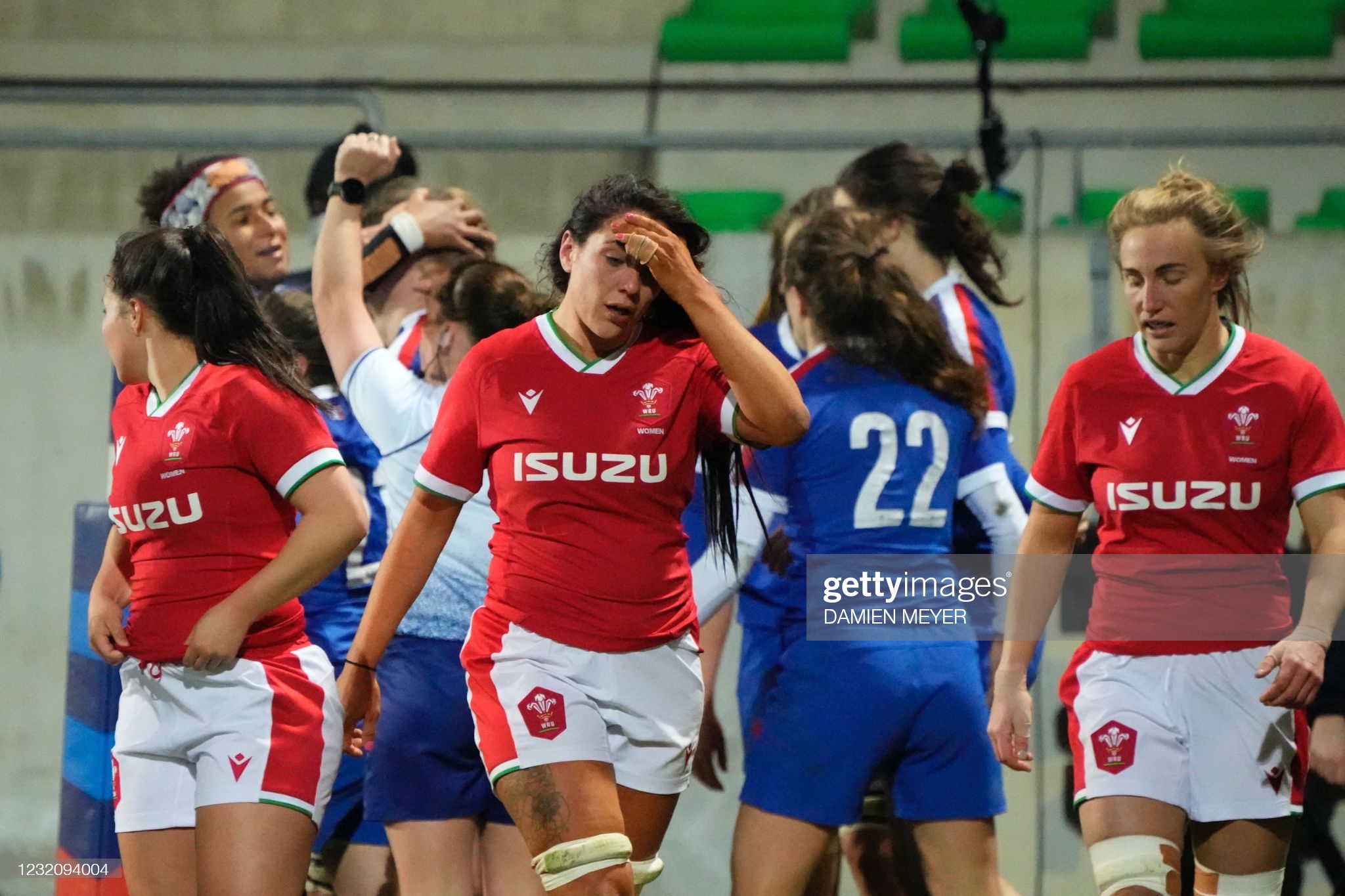 With the fall-out from the women’s Six Nations continuing, Welsh Rugby Union chief executive Steve Phillips has repeated his claim that the women’s game will get the support it requires. It was a pledge high on corporate jargon, but low on detail. Tomas Marks has a few simple suggestions – including creating a worthwhile club side in Wales to prevent 18 hours of travel.

Wales finished with the wooden spoon in this year’s Six Nations, their sixth wooden spoon since the start of the home nations tournaments in the 1990’s.

In contrast, England won their 17th title from 26 competitions to date. This is a sad situation for the Welsh women’s team as they just aren’t competing with their European rivals.

It is unlikely to change without some serious investment in the women’s game in Wales.

As it stands there are Welsh players travelling up and down the country in order to train with English clubs.

They spend 18 hours a week in the car rather than developing their own game, often paying for this out of their own pocket.

Some of our brightest talents have openly said that trying to sustain a professional workplace career and play for Wales is impossible. It often comes to choosing between the two.

Within the GCSE physical education syllabus, pupils are taught the performance pyramid, which is the player pathway from mass to elite level.

Currently, the women’s game is being developed at the mass and participation phase, but at the top of the pyramid there are gaps in the performance and elite platforms.

After Wales had lost to Ireland, former Welsh international Philippa Tuttiett mentioned that there have been talks about adding a Welsh club into the Premier 15s and this seems to be a logical solution.

It would enable the players to train, play and work in Wales. They would develop some much-needed cohesion and not rely on international camps to upskill and transition into international level.

The quality of the player will increase and there would be smiling Welsh faces, rather than forlorn images on our TV screens.

The team struggled against France and Ireland, but battled to the final minute against the Scotland, even though that match also ended in defeat.

There have been some rays of sunshine from these three matches with the players keeping Ireland scoreless for 30 minutes in Cardiff with many impressive turnovers from the quartet of Georgia Evans, Manon Johnes, captain Siwan Lillicrap and Bethan Dainton.

Despite getting injured in the Ireland match there were a few touches from Courtney Knight that suggested she could become a force in international rugby and Lisa Neumann continued her Sale Sharks form with a lovely finish for her try and a number of excellent decisions in defence against Scotland.

The selection of Olympian Jasmine Joyce at full back could prove a masterstroke.

It’s all starting to get a lil bit embarrassing now WRU, huh?

You choose to ignore and dismiss us former players, year after year.

But now, now the big guns are coming for you 👇🏼

She can capitalise on poor kicking and punish teams with her electric speed on the counterattack.

During the Scotland game, she carried the ball over 10 times and made a staggering 200 metres in attack.

She also shone in defence with a couple of try-saving tackles which gives her even more credibility to continue as a full back in the future.

An Achilles’ heel of the team, though, has been the set piece with only 14% possession from line-outs against Scotland.

The leadership team need to come up with a solution to gain results. Having watched all three matches, the super powers of the team are the contact area, and the electric speed on turnover attack.

To me, it indicates that they are a low possession team that capitalises on opposition mistakes.

The advent of the 4G pitch is another area of concern for the women’s team as many other international teams are selecting multi-sport players who can adapt to fast pitches.

These fast surfaces are the future and athleticism needs to be reflected in talent identification in Wales.

Converting bombardier Bethan Dainton from the wing to back row has been a shrewd decision and could be  replicated with the likes of one-cap winger and NHS hero, Angharad De Smet.

The coaching team needs to start thinking outside the box and identify athletes from sports such as gymnastics, hockey, netball, athletics, cricket, football, and basketball who can positively transfer their sporting skills to the rugby arena.

The Welsh women’s rugby league team have successfully recruited from other sports like netball and so it seems obvious for Warren Abrahams and his team to become as innovative as their league counterparts in their next recruitment drive.

Representing Wales in your sport is an honour, but athletes need their hard work and tenacity to be met with support and investment.

In order to level the playing field between men and women’s rugby in Wales we need to make sure that all teams are given the same opportunities and expectations.

This is a broad issue and applies to plenty of other sports besides rugby.

But, surely, in 2021 it is time to give our women the silver spoon of investment and see the women’s rugby team join sporting heroines such as Nicole Cooke, Jade Jones and Baroness Tanni Grey-Thompson in inspiring the next wave of female sporting stars.