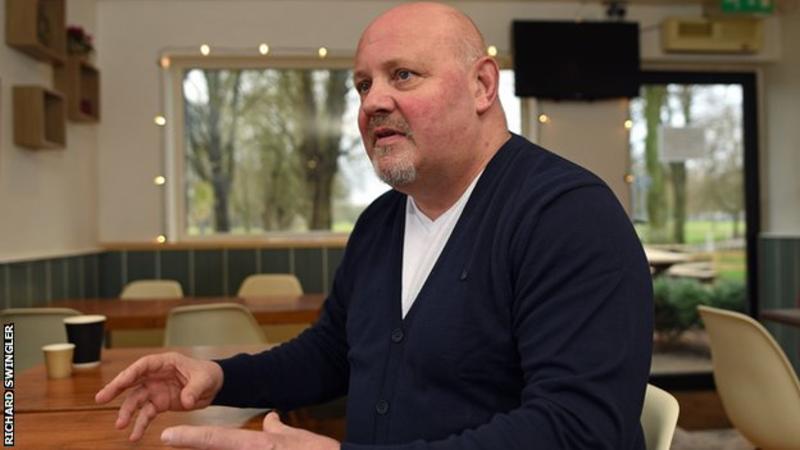 Steve ‘Wally’ Blackmore, the Cardiff prop who helped Wales beat Australia to clinch their best finish at a World Cup in 1987, has died after a long battle against a brain tumour cancer. He was 58.

WRU chairman, Gareth Davies, who played with Blackmore at Cardiff, led the tributes to the four-times capped prop.

“Steve was a larger than life character who always had a smile on his face. We played together at Cardiff and I remember him being a very skilful, all-round player who made the most of his talent,” said Davies.

“The ex-players association at Cardiff had a golf day for him last year and his infectious enthusiasm made it a very special occasion for all his former team mates. It was a real tribute to him and he will be greatly missed by all of us.

“He used to live a few doors down from my daughter and so I would often bump into him and have a chat about how his son was doing with his rugby at Hartpury College and then in the senior ranks. Our condolences go out to all his family and friends at this difficult time.”

Having made his Wales debut in the final Five Nations game against Ireland at Cardiff Arms Park in 1987, he was taken to the inaugural World Cup along with Cardiff front row colleagues Jeff Whitefoot and Alan Phillips.

He added three more caps to his collection in Australia and New Zealand at the global tournament, in the wins over Tonga, Canada, when he formed an all-Cardiff front row with Whitefoot and Phillips, and then the third-place play-off triumph over the Wallabies.

Sad news this morning as Steve Blackmore passes away aged 58.

‘Wally’ as he was affectionately known was Cardiff born and bred, and spent his entire career at the Blue and Blacks making 169 appearances at prop between 1982 and 1996.

Thoughts with his friends and family.

That win in Rotorua came two days after the birth of Blackmore’s first child, daughter Kendall, which led to a notable head-wetting session for his new-born among the Welsh squad. It proved to be the perfect preparation for one of the greatest victories in Welsh rugby history.

His call-up to play for Wales came out of the blue and, by his own admission, he never expected to reach his ultimate goal in rugby. Wales had lost Stuart Evans to injury during the 1987 Championship and Maesteg’s Peter Francis had been given his shot in the defeat in Scotland.

Change was needed ahead of the game against Ireland and the selectors turned to Cardiff’s ultra-reliable and experienced Blackmore.

“I never expected to play for Wales. I’d played in the semi-final of the Schweppes Cup on the Saturday and was in work on the Sunday,” he recalled. “I had a phone call from one of the Welsh selectors who said: ‘Are you sitting down? You’ve been picked to play for Wales!’

“It was the last game of the Five Nations against Ireland. I played that game and then I was asked if I was available for the World Cup. The rest, as they say, is history. My son is going to try to emulate that. And you never know.”

His 169-match Cardiff career began in a win over Penarth on 15 September, 1982, and finally came to a close after he came on as a replacement against London Welsh on 3 February, 1996. He was a replacement for Cardiff’s 1987 Cup Final win over Swansea and the 1989 clash with the All Blacks.

Born in Cardiff on 3 March, 1962, he learned his rugby at Fitzalan School under the expert eye of another Cardiff prop, Bob Newman, and played for Cardiff Schools and Cardiff Youth before graduating into the senior ranks at the Arms Park. As well as his 169 appearances for the 1st XV, he also played more than 100 for the ‘Rags’.

His time at the Arms Park also coincided with the career of another Wales tight-head prop, Ian Ediman, which restricted his chances of playing in a number of big fixtures. But he was happy to stay true to his home town club and became a vital and highly respected part of the squad.

After hanging up his boots he often returned to watch the Blue & Blacks. He attended a game last season with a number of his former team mates and last summer Terry Charles arranged a special golf day and dinner in his honour, which raised £4,000.

He also attended the Cardiff annual cap presentation last summer when he joined Sir Gareth Edwards in presenting 1st XV caps to the current crop of players who had just won the WRU National Cup for the first time in 22 years.

“Steve was Cardiff through and through and everyone who played with him admired him for the way he made the most of himself. He always stepped up regardless of the challenge put in front of him,” said Cardiff chairman, Chris Norman.

“He took his on-field attitude into his recent battle against cancer. He never complained, always fought against his illness and lived life to the full right to the end.

“We are all devastated at having lost such a loyal and committed friend and Cardiff clubman. Our thoughts and love got out at this difficult time to his family and friends. He will never be forgotten at the Arms Park.”

We are saddened to hear the passing of Steve Blackmore,a ex player and one of the most supportive parents we have come across whilst Sid was our Captain season 11/12.Thoughts are with Wallys family especially Sid. A Cardiff legend has passed. Rest in peace Wally💙🖤 #CwsgMewnHedd

Blackmore was first diagnosed with a grade four brain tumour just before Christmas, 2018. He had an operation and, at the time, was originally given only six-12 months to live. He underwent some radiotherapy after the operation

In typical gritty fashion he pledged to fight to stick around as long as he could to see his three children, Kendall, Kerys and Sydney, a Wales U20 international forward, and grandchildren grow older.

Life-long friend Tim Crothers, who played with him in the Cardiff Youth ranks and was then his captain at Cardiff in the 1989-90 season, paid tribute to his courage and strength in fighting to the end of his illness.

“He was given a year or less to live, but lasted 18 months through sheer guts and determination to stay around for as long as he could to be with his family,” said Crothers.

“He came up into the senior squad the season after me and became one of the mainstays of the group for more than a decade. He was a powerful man, but for a front row forward he also had some amazing skills and a real turn of speed.

“He only scored 10 tries in his career, but he picked up the ‘Try of the Month’ award for one of them, finishing off a great team move. He used to love ribbing the likes of Mark Ring and Adrian Hadley about that, asking them how many awards they’d won.

“There was more to his game than packing down in the scrum and pushing and that’s probably what got the Welsh selectors looking at him. It was a fantastic day when he got picked to play for Wales – felt as though he was representing all of us who had grown up together.

Absolutely devastated to lose a life long friend. We met at Cardiff School Trials when very young. Steve ‘Wally’ Blackmore was a brilliant player, (ironically, one of the fittest forwards in Cardiff’s squad) a real fun loving character who will be sadly missed by all. RIP Wally.

“He had a cracking debut against Ireland and then got picked for the first World Cup. As well as playing in the win over Australia to clinch third place he always used to claim a win over the All Blacks as well.

“He was on the bench when Wales lost to New Zealand in the semi-finals, but after the game the replacements had a game of touch and pass. Not only did Wales win, but Wally scored a try – and he never let us forget about it!

“He always gave his all on the field, but he liked to have a bit of fun off it. He once got banned for two weeks shortly after graduating into the senior squad for hitting club secretary Alun Priday with a chicken wing at a reception.

“Alun still has a good laugh about that even to this day. So many of us have lost a friend of 40 years, Cardiff RFC has lost a real stalwart, but all our thoughts and prayers are with his wonderful family who were with him right to the end.”