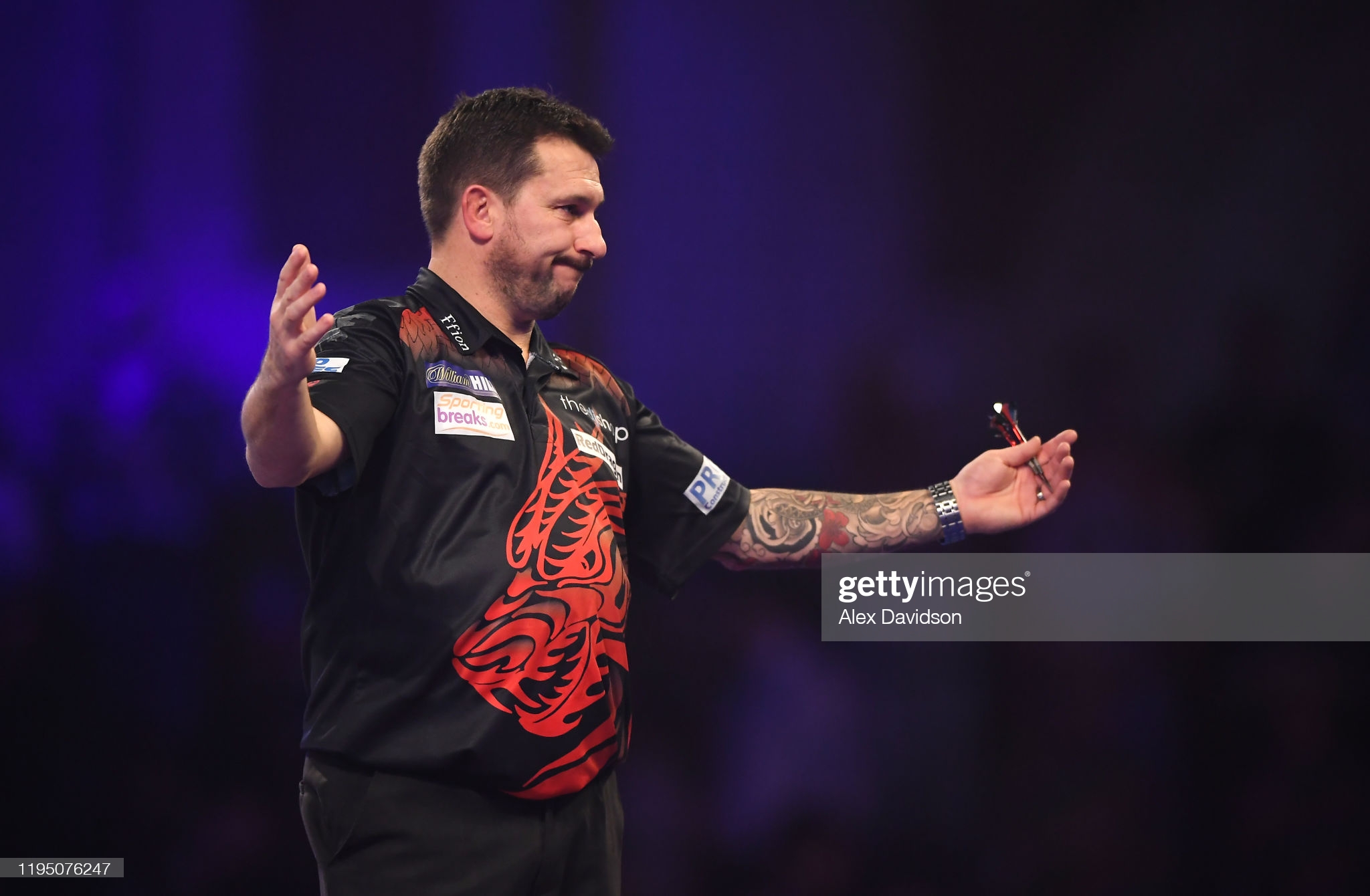 Jonny Clayton has made a superb start to 2021. Pic: Getty Images.

Despite winning the World Cup for Wales and enjoying his biggest individual career win so far, Pontyberem darts player Jonny Clayton says he plans to hold onto his full-time job for the time being.

The victory saw Clayton pocket the £60,000 top prize and gain entry into the 2021 Premier League – a competition pitting 10 of the world’s best players.

Following his most recent success, questions were raised as to whether the world number 18 would now give up his day job as a council plasterer to commit to darts full time.

“They say ‘if it’s not broken, don’t mend it’, so I’m just going to carry on for now. I do enjoy my work. With Covid, the Premier League won’t be played like usual, when it’s 16 weeks away if you get into the finals.

“There’s going to be blocks of Premier League games, so I wouldn’t need to take the 16 weeks off. So I’m going to keep things as they are at the moment.

“In the top 32, only two of us have jobs, the other one is Dirk van Duijvenbode, who is an aubergine farmer.”

Despite the difficulties posed to the sport by Covid-19, Clayton has enjoyed a whirlwind six months in the sport

“This last year has been great for me, to be honest.

“It was brilliant to win the World Cup of Darts. Gezzy (Gerwyn Price) has been the best player in the world over the last year and a half, so to be part of the same team as him, and to win it for Wales for the first time, was brilliant.”

Gerwyn Price and Jonny Clayton make history in Salzburg, as Wales become the fourth nation to lift the World Cup of Darts title 👏

Clayton defeated England’s Mervyn King in the final of the Masters in January, but admits it took him a while to get going in the competition after going to the deciding leg in every round bar the final.

“The first game is always the hardest. You’re nervous, you don’t know what to expect. But as the rounds went on and the games went to the deciding legs, I was just hoping for something to click in at the weekend – and it did.

“I was in the semis against Peter Wright and I thought, ‘there’s a chance here’ and then things clicked for me.”

Watch the conversation in full on Jonathan, on S4C, at 9.00pm on Thursday night, at 10pm on Saturday night, or on demand, at S4C Clic or iPlayer.