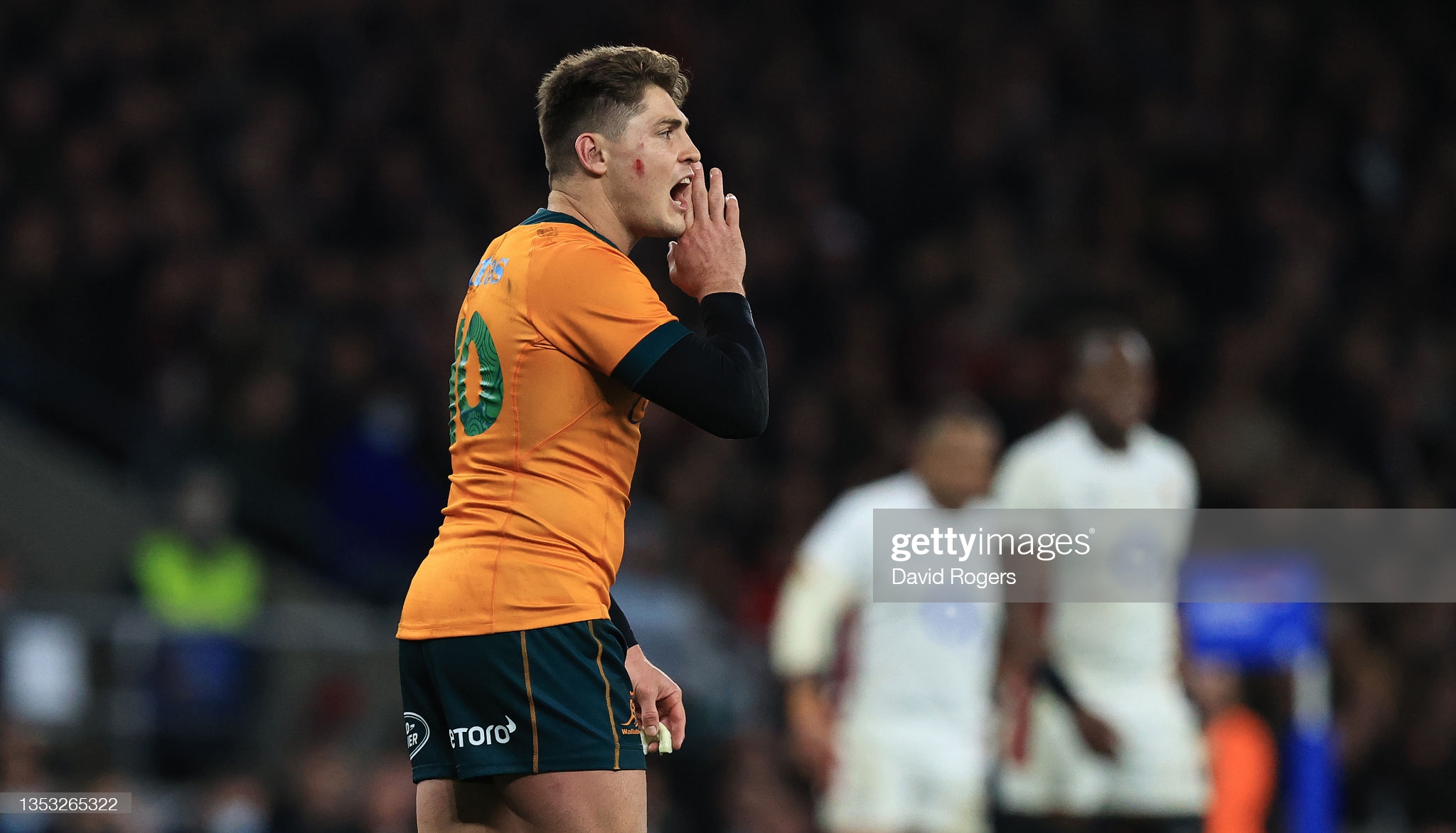 The Aussie No.10 says his side must aim to provide a firm set-piece platform if they are avoid a third successive defeat to Wales for the first time since 1975.

Both nations will go into the Principality Stadium clash desperate for a victory that would turn around perceptions of fraught November campaign.

Having lost to both New Zealand and South Africa, Wales are pinning their hopes on gaining at least one major southern hemisphere scalp, having come off an unimpressive struggle to overcome Fiji.

The Wallabies arrived in Europe with confidence sky-high after five consecutive wins but losses to Scotland and England have left Dave Rennie’s men facing the prospect of a dismal end to their year.

Australia have scored just one try in their last two Tests and now fallen from third to fifth in the world.

“It’s the fable of the man who built the house on sand,” said their highly experienced No.10. O’Connor.

👐 Finish on a high

“If you don’t have the correct discipline and if your foundations aren’t strong, then you won’t win Test-match footy, especially up here. The margins for error are so small.

“Back in the Southern Hemisphere it’s a lot quicker footy, there’s a lot more opportunities where you can pull the trigger and really score tries. Over here you only get a couple and if you’re not ready to take those, if you’re not in the moment, playing in the moment, then you’re going to miss them.

“It’s two losses and two that we will learn big lessons from.

“This week is all about just putting it together – finding that balance of how we play and also playing the conditions and then just finishing the tour on a high.

“We feel we’ve a had a good year and we’ve really built this year so we want to show the public you know what we can do.”

Wallabies props Taniela Tupou and Allan Alaalatoa are progressing well in their returns from concussions that ruled them out of the England game. Rennie said after the match he was confident the pair would return.

For Wales, prop WillGriff John and lock Will Rowlands have been released back to their regions after suffering head knocks, while Tomas Francis (concussion), Josh Adams (calf) and Aaron Wainwright (shoulder) remain under assessment.

Pivac has used close to 40 players across the Tests against New Zealand, South Africa and Fiji, and more changes are expected for the Wallabies’ Cardiff visit.

But Wales’ situation has also seen the emergence of flanker Taine Basham and lock Christ Tshiunza, while Basham’s back-row colleague Ellis Jenkins has made an impressive return following a three-year absence from international rugby due to injury.

“From my point of view … Scotland was a slow start,” O’Connor said. “I felt like I really eased into the game and probably took a little bit too long to flatten the attack up. The England game I thought I built on that a little bit.”