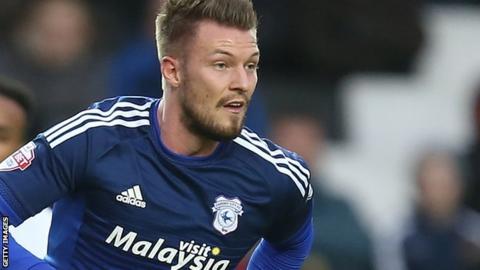 The Cardiff City manager stood by the side of the away dug-out at Truro’s Treyew Road stadium and looked into the future.

Warnock is not convinced the Professional Under-23 League will give his budding full professionals the testing conditions they need and he has put in new rules for the team.

There are four under-23 fixtures every month, but he has decreed that in two of those Cardiff will field an under-18 team.

The young pros who are over 18 will then be faced with ‘friendly’ fixtures against adult opposition like Hereford FC, who are, like Truro, a National League club.

“It’s going to be like the old reserve leagues,” said under-23 coach Jarrad Harvey. “We are trying to get the boys playing against ex-pros, giving them exposure.

“Truro play National League football and were a good test. We have lads who have played three or four senior games, while they had players with hundreds of appearances behind them.”

Cardiff’s under-23 team now prepare for their fixture against St Austell on Tuesday, another difficult test.

It was officially an under-23 line-up, but Warnock slotted three senior players into the team.

“The senior guys have been terrific, outstanding,” said Harvey, who works alongside Andy Legg with the under-23 players.

“It speaks volumes for them that they come in and are such an example for the younger players.”

He shut-out Taffs Well in a 3-0 City win on Friday and kept Truro out in Cornwall.

“They were good opposition and the lads did well in difficult conditions,” said Harvey. “We have another three fixtures to play in Cornwall and we are looking forward to the tests.

“This is a beautiful part of the World and we are looking forward to the week.”

Cardiff included trialists Brayden Shaw, a 21-year-old, and goalkeeper Matthew Hall, aged 20 and a player who went on for Camp after an hour. Both are from Bangor City.

Hall made an outstanding, full length save from Truro centre-forward Lloyd Gardner soon after going on and he, too, kept a personal clean sheet.

Ryan Pryce, a talented young midfield player from The New Saints, started for the young Bluebirds.

Pryce, 21, has impressed with Cardiff during his trial spell and all three will certainly be given more match time the remaining matches.