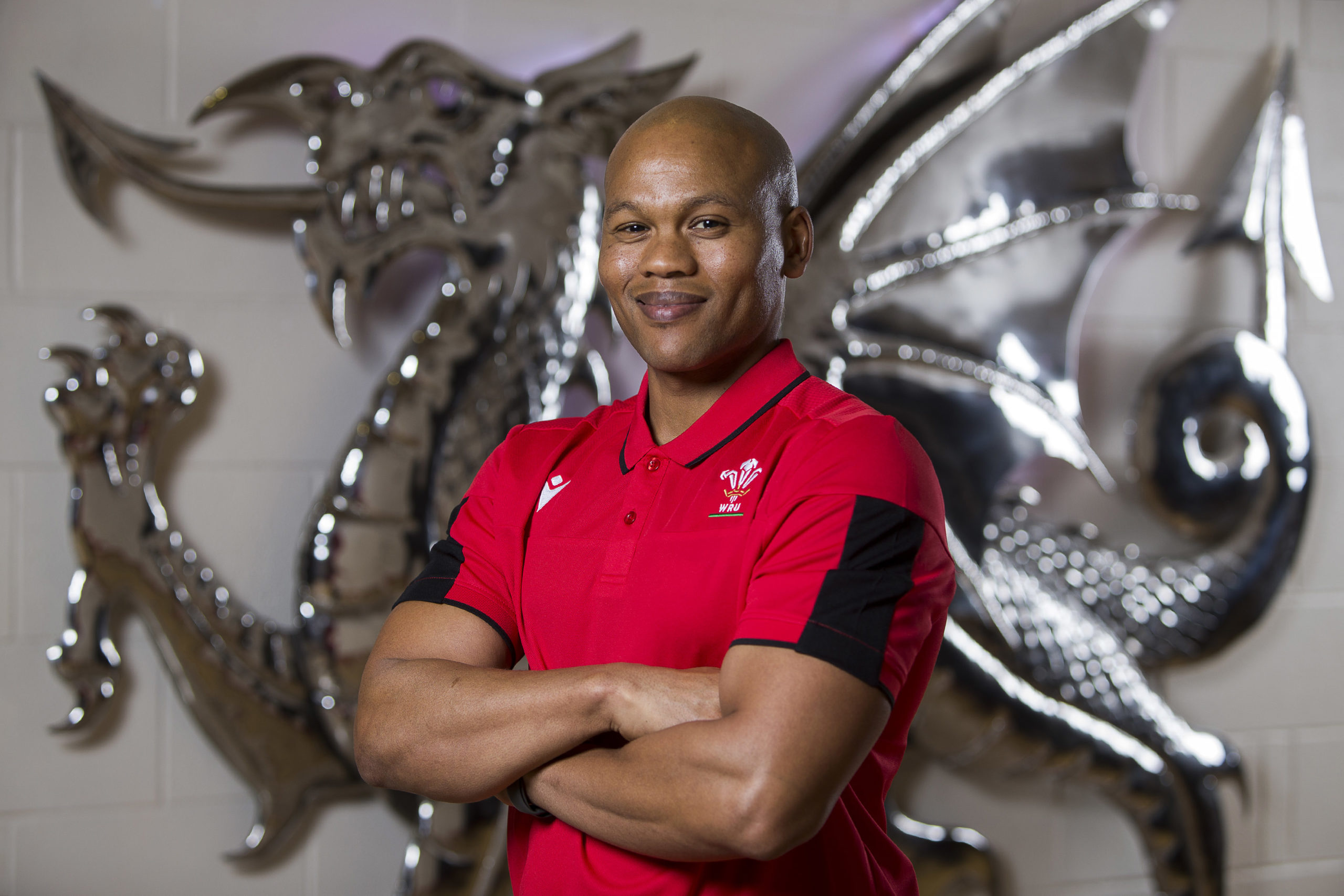 Warren Abrahams has been appointed as the new Wales Women head coach – the first black national head coach in both Welsh and UK rugby.

The South African will take Wales into next year’s World Cup in New Zealand with 67-times capped Rachel Taylor joining his management team as a full-time national skills coach.

Rowland Phillips’ departure from the senior job was confirmed in March after Chris Horsman had held the reins in his absence during 2019/20.

Darren Edwards, who coaches Wales sevens, had been scheduled to be in charge for the Six Nations finale against Scotland at the start of the month but the fixture was cancelled because of coronavirus.

Now it is head coach Abrahams who will spearhead the preparations for next year’s World Cup as Wales look to get back on track after a winless Six Nations.

Abrahams comes with a impressively broad background in the game across the world.

Born in South Africa, he had been preparing USA women’s sevens team for the 2020 Olympics before the pandemic led to the postponement of the tournament, a financial crisis in US rugby, and the loss of his job.

He previously worked with England’s men’s sevens team, Harlequins academy, and the RFU and is relishing the chance to be in charge of a 15s international team for the first time.

“This is a hugely exciting time to be part of the Wales Women programme and we have an opportunity to do something very special in the next 12 months and beyond,” said Abrahams.

“It’s my first international 15s head coach role at this level but I feel I’ve seen, experienced and learned enough to create a high performance environment that provides memorable experiences.

“We have around 38 weeks before we’re due to get on a plane to New Zealand which is not long but in the current climate we have to cherish the time and resources we have as you never know what’s in store.

“For me, mindset is key. Limitations are only what we put on ourselves. I realise that we all have obstacles and challenges to overcome and the current climate is a great example.

“Our players are balancing a number of aspects of their lives to ensure they perform to their optimum level, however, with all this in mind, if we take responsibility for our own actions, we are already steps ahead.”

Taylor, who has been appointed on a one-year, development contract, follows in the footsteps of Liza Burgess and Amanda Bennett as female national coaches for Wales Women.

Best news for the Wales Women’s team in a while as Warren Abrahams is appointed as head coach of XVs and 7s with 67-times capped former capt Rachel Taylor added as full-time skills coach.

Abrahams knows his onions and potential is huge.

“I’m really looking forward to working within our international programme as I continue to develop as a coach,” said Taylor.

“I believe my experience working with both the WRU community team and more recently the RGC performance team during the last five years will prove invaluable.

“It’s given me the chance to watch and work with a variety of coaches plus support the development of male and female age grade and club players.

“I’m looking forward to developing those connections and supporting the transition of players into international athletes.

“Having been to three Rugby World Cups as a player, I saw how much the competition developed each time.

“It’s the pinnacle of women’s international rugby and for these players to have the chance to compete in New Zealand will be amazing on several levels.

“I’m excited to work with Warren. I know he will challenge me as a coach and I believe my experience and skills will help to support his aims too.”

Burgess, now a WRU Board member, said, “The WRU has continued to show that it is 100% committed and supportive of developing the women’s game in Wales, even during these challenging and testing times.

“These are two exciting and excellent appointments; in Warren Abrahams you have great experience and depth in both 15s and 7s and in Rachel Taylor, an ex- captain of Wales you have an experienced international and a talented coach who has developed following the Welsh coaching pathway. She has huge respect and knowledge of the women’s game both domestically and globally.”