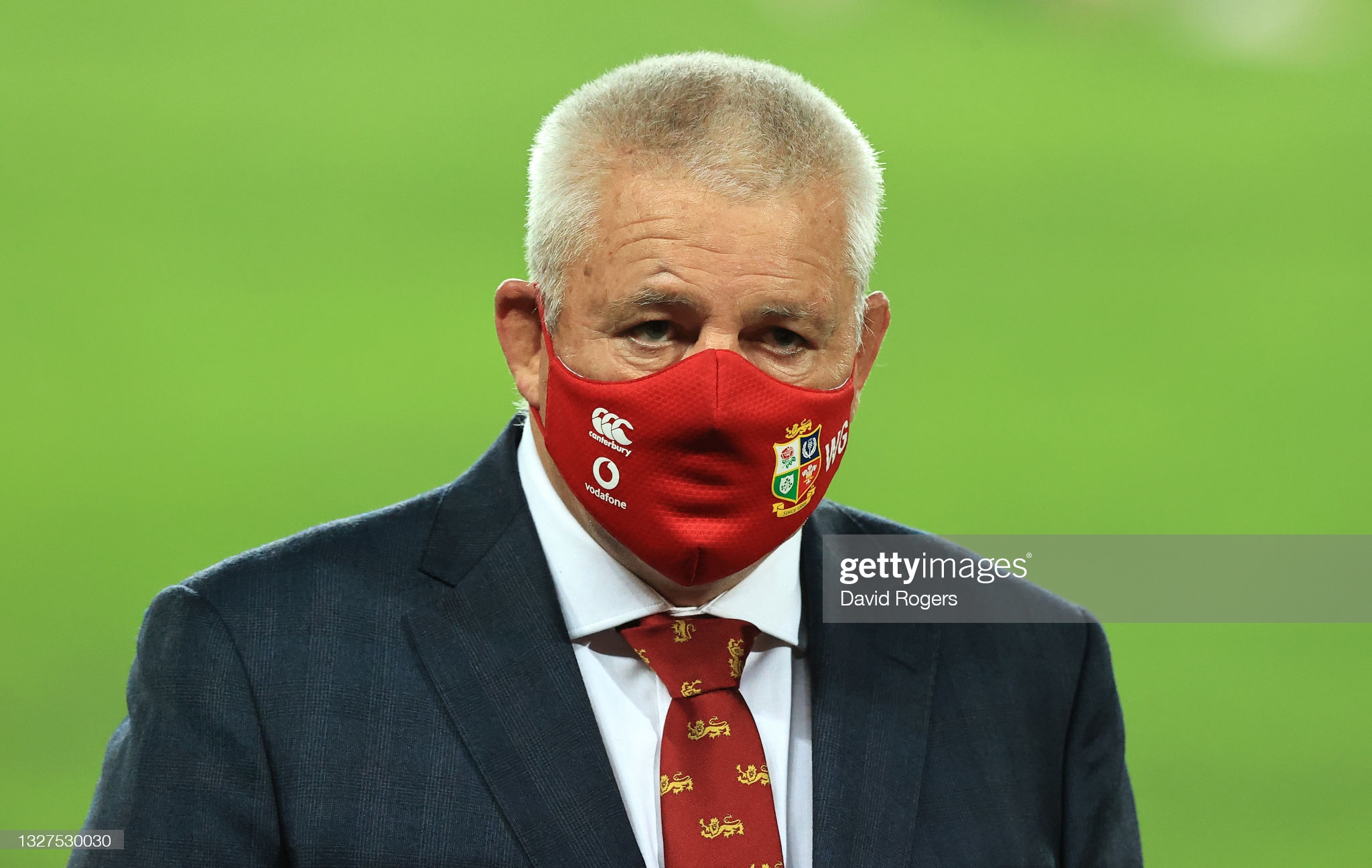 Warren Gatland insists the Lions will not be re-scheduling their fixtures again. Pic: Getty Images.

Warren Gatland has welcomed South Africa elevating their ‘A’ clash into an unofficial fourth Test, but the British and Irish Lions head coach has emphatically ruled out meeting for a second time on Saturday.

The Springboks have picked seven starters from the XV that crushed England in the 2019 World Cup final for Wednesday’s fixture in Cape Town, including world player of the year Pieter-Steph Du Toit, Faf De Klerk and Cheslin Kolbe.

Following a severe outbreak of coronavirus that has produced 26 positive tests, South Africa were forced to cancel last Friday’s second Test against Georgia and now need to give inactive players some game time, with the series against the Lions just 12 days away.

It has shaped their selection of a team containing 522 caps and director of rugby Rassie Erasmus is hoping to organise another outing for the weekend – ideally against Gatland’s tourists rather than an underpowered provincial franchise.

Although it would mean the Lions cancelling Saturday’s fixture against the Stormers, Erasmus insists it would help guard against any further Covid outbreaks.

“If we play a game against a team like the Sharks, the chances of infection are as good as we had when we played Georgia,” Erasmus said.

“We’ve been tested negative two days in a row now. We are in a totally hard bubble, we are moving nowhere. Everybody is negative. The British and Irish squad is negative.

“If the two of us can play the ‘A’ game on Wednesday and play another one on Saturday, I think medically, on player welfare grounds and also for the spectators, it would be wonderful. We would have two good match-ups.

“I’m sure Warren and the guys wouldn’t be afraid or scared or say no to that. I’m going to beg until we find really valid medical reasons why that is not the safest option.

“It would give us the best preparation to be good competition for the Lions – and I’m sure Warren would want us to be at full strength and have good match fitness before we play them in the first Test match. I can’t say I’m confident – I’m hoping.”

Erasmus’ hopes were quickly dashed when Gatland gave a curt reply during a press conference happening simultaneously: “We won’t be playing them again on Saturday.”

However, the Kiwi is delighted at the strength of the South African side coming to Cape Town Stadium knowing they will provide a genuine gauge of the Lions’ progress having amassed a total of 181 points across three collisions with weak provincial opposition.

“They’ve gone as strong as they possibly can given that they still have some players unavailable. It’s going to be a good test for us,” Gatland said.

“I probably wasn’t expecting them to be as strong as they are. They’re obviously short of games. They feel like they’re underdone and they’ll need a hit out or two.

“It helps our preparation immensely. We’ll get a bit of a feel of where we are and what things we need to work on in the 10 days leading into the first Test.”