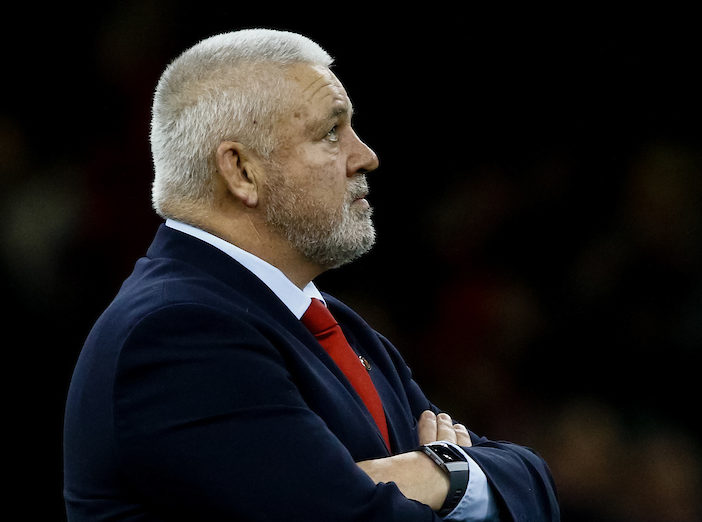 Warren Gatland is confident if Wales beat France in Paris they can use it as a springboard to win the 2019 Six Nations.

In his final crack at the annual tournament before leaving the job, the Wales coach thinks the opening Friday night fixture holds the key to success.

Wales have not won the title for six years and Gatland – who named his squad on Tuesday afternoon – must also negotiate home fixtures against reigning Six Nations champions Ireland and Eddie Jones’ England at the Principality Stadium.

But it is the February 1 clash against the French that Gatland has pinpointed as the crucial one and he said: “I think we’ve got a great chance of winning the Six Nations, if we win that opening game

“That first game is going to be our toughest. We feel like we are in as good a position as anybody to do well.

“The whole thing about the Six Nations is momentum. If you can win your first couple of games, then you have a great chance of being in contention on the last weekend.

“This is competition time. The autumn was great, but it wasn’t about points.

“This is what we are going to experience in Japan (World Cup), so it’s about fronting up and winning games, playing some good rugby, but also thinking about tournament rugby.”

Wales have suffered a major blow, though, after Bath number eight Taulupe Faletau broke his arm for the second time this season and had to be left out of the 39-man squad.

Faletau returned to action for his club Bath against Heineken Champions Cup opponents Wasps on Saturday after 13 weeks out, only to break his right arm again.

Scarlets star Leigh Halfpenny, meanwhile, is involved. He has not played since suffering concussion during Wales’ victory over Australia on November 10.

Gatland added: “We will make an assessment when he (Halfpenny) comes in. We will see where he is at.

“He has been advised to continue training and stuff. If he’s right, he will be in contention, but if not, we will have to make some other plans.

“Seven or eight players are carrying knocks at the moment and may be available for the second match (against Italy). We will monitor these guys over the next few weeks, and hopefully they may be in contention for the first game, if not the second game.”

The Wales squad will report for duty next Monday, with players on the assessment list set to include Dan Biggar (knee), Rhys Patchell (hamstring), Adam Beard (neck) and Ross Moriarty (concussion).

“Biggar’s hopefully going to be okay,” Gatland said. “That’s why we’ve gone for the four 10s, with Rhys Patchell not being 100 per cent.

“We wanted to have two fit 10s for training in Gareth Anscombe and Jarrod Evans. Dan has a medial injury, but he is a fast healer.”

Young, who won caps against Tonga and Samoa in 2017, has been among the Gallagher Premiership’s form players this term.

Holmes made his Test debut earlier this season, and he has continued to shine for his club Leicester, despite the Tigers’ inconsistent form.

This season’s tournament is Gatland’s final Six Nations as Wales coach. He steps down after the World Cup later this year, bringing a 12-year tenure to an end.

One thought on “Warren Gatland Says Wales Can Win Six Nations . . . If They Storm Paris On Opening Night”