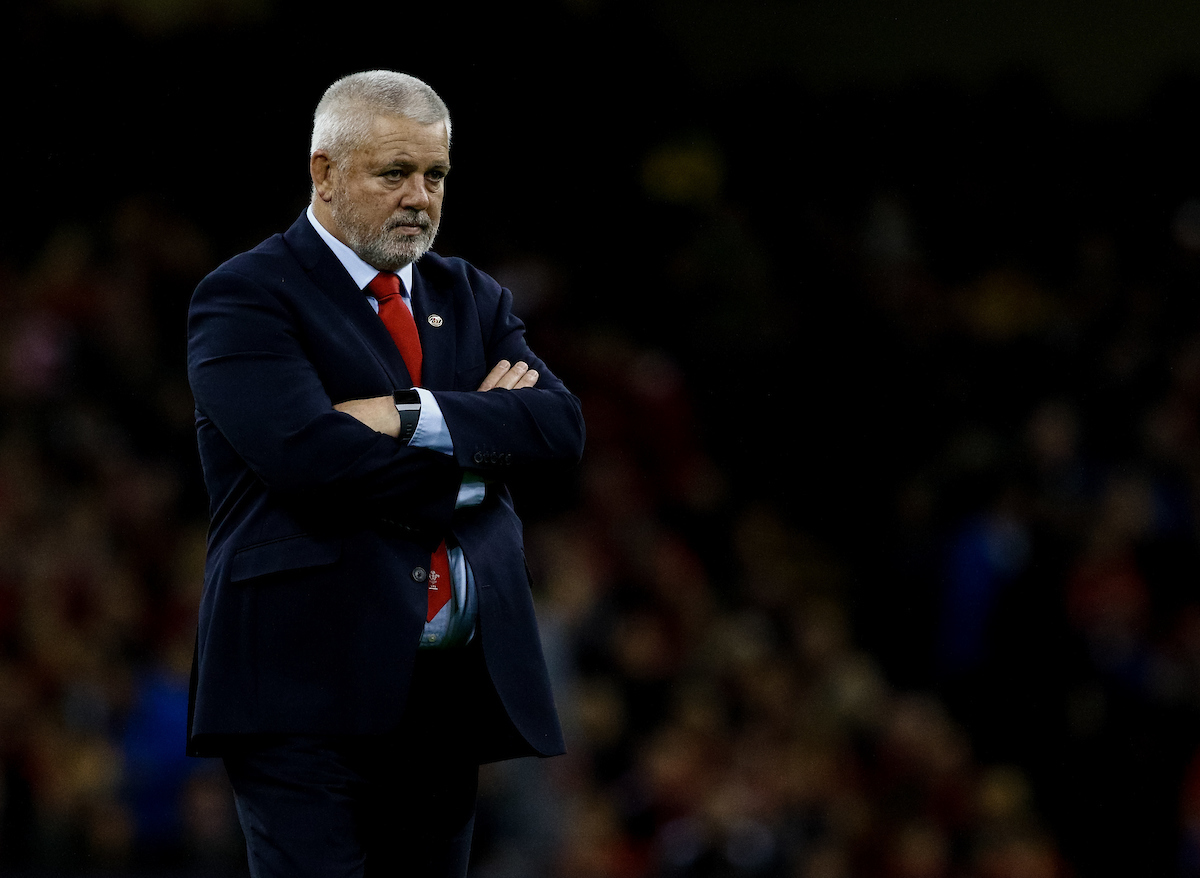 Warren Gatland reckons England’s chariot could get stuck behind a cavalry of Welsh tractors when they come over the Severn Bridge on Friday afternoon.

The Wales coach could barely conceal his astonishment when he heard of the travel plans of their Six Nations rivals ahead of Saturday’s showdown in Cardiff.

Eddie Jones – who has gone in for some serious mind games in the build-up – plans to leave it late before his squad arrive in the Welsh capital barely 24 hours before kick-off.

That means travelling through the M4 tunnels in Newport at close to rush hour and Gatland said: “I think England are making a significant mistake by travelling tomorrow.

“Coming through Newport at about five o’clock is probably not the best thing to be doing, going through the Brynglas tunnels.

“There is a good chance there could be tractors and buses holding them up! That’s going to be an experience for them.”

Wales are seeking a 12th successive victory that would set a new national record, and they have already been acclaimed the best Welsh side of all time by Jones, who continued the mind games after announcing his team on Thursday.

But Gatland added: “The only quotes I can see about this being the greatest Wales team are from Eddie Jones.

“I think we are all aware we’re on a great run and we’ve done well over the last 12 months, but let’s not get ahead of ourselves. We are just trying to keep our feet on the ground.

“The big challenge for England is five of their forward pack, it’s the first time they are starting at the Principality Stadium. That’s going to be a new experience for five of their players.”

Gatland coached England prop Mako Vunipola on the last Lions tour to New Zealand and believes the absence of the Saracens forward could be hugely significant.

“I think he’s a massive loss – the biggest loss for them in terms of his workrate, set-piece, scrumagging, his carrying and his defence.

“But I think what they might miss most is his leadership. I don’t think people realise how vocal he is, how intuitive he is in terms of reading the game.

“I was impressed by him on the Lions tour. He could easily captain England and he’ll be a huge loss for them. I’m a little glad he’s not playing as I’ve got so much respect for him as a player and an individual.

“They’ve done pretty well in their opening two games. I thought tactically they were very good against Ireland, they’ve been direct.

“They’ve kicked a lot and got a lot of success out of that. They get a lot of tries from kicking. Our aerial game will have to be good.

“We’ll have to be prepared to play some territory. They’ve started well in this competition. I don’t think anyone knows where we are yet except for ourselves which is a nice place to be.

“We didn’t start well against France in terrible weather conditions and I still question whether it was the right thing to make 10 changes against Italy.

“But we got a victory where we were reasonably comfortable. But we’ve trained exceptionally well in the last two weeks. I don’t think England know which team will turn up on Saturday but we do.”

Gatland expects a fierce battle, but one without some of the bitterness of years past.

“The great thing about coming to Cardiff is the atmosphere. If there was any animosity in the past, that has all gone.

“There is a huge amount respect between the players from both teams.

“With the (British and Irish) Lions, the Welsh boys and English boys got on really well.

“I’ve already had a text from John Mitchell (England assistant coach) and Eddie saying they are looking forward to catching up after the game and having a drink.

“This is all fun and games now, but afterwards it’s about catching up with some mates and enjoying the occasion.”

Gareth Anscombe, meanwhile, will start at fly-half for Wales after being preferred to the more experienced Dan Biggar, with Gatland naming a team showing just two changes from the side that beat France three weeks ago.

Dragons lock Cory Hill replaces Adam Beard as skipper Alun Wyn Jones’ second-row partner, while scrum-half Gareth Davies takes over from Tomos Williams, who was not considered due to injury.

Scarlets star Halfpenny, who last played on November 10 when Wales beat Australia, trained with Wales this week but he is not involved in the matchday 23.