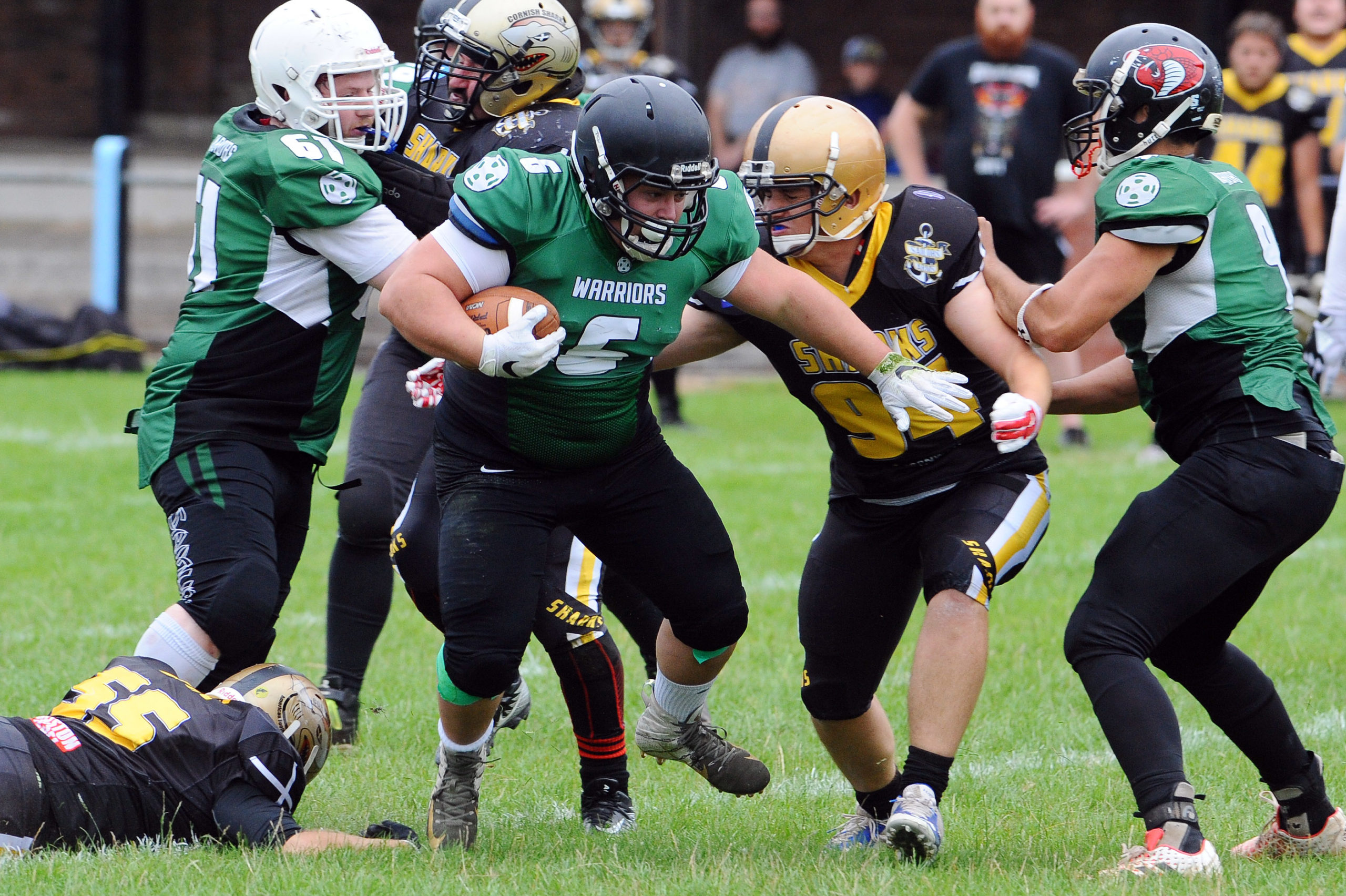 The South Wales Warriors’ return to the second tier of British American Football must wait a year after this season’s schedule was cancelled due to the Covid-19 pandemic.

The Warriors, the only Welsh side in the British American Football Association (BAFA) National League, had secured promotion with victory in the Division Two (South) Britbowl in London at the end of August but this week learned no league play will take place this year.

Fixtures had been due to start in April but, on the same day in March that the Football League and English football’s Premier League, as well as all football in Wales, was suspended BAFA announced it was putting all American Football activity including training sessions on hold due to coronavirus.

Warriors head coach Geraint Roberts said this week’s decision to scrap the season, confirmed by BAFA following consultation with its clubs, hadn’t been unexpected. Earlier the association had said it was hoping it may have been possible to play games from July.

However the team’s immediate focus is to mark the season that never happened which the Llanharan-based outfit had been preparing for since its recruitment and pre-season programme started in January.

“I’ve just started to plan a virtual ‘night out’ with the guys in the next week or so to celebrate what season we did have,” said Roberts.

Following the suspension in March the Warriors did try to use technology to overcome the problem of no longer being able to hold their weekly training sessions said Roberts: “We did some online coaching at the beginning of the lockdown but it was clear from the start that it was going to be for an extended period so it stopped until we knew more.”

BAFA has said if possible, and public health regulations allow, teams will be allowed to organise friendlies and the window in which games can be played has been extended until October 31.

Roberts said it is too early to say if the Warriors will be in a position to try and arrange any games this year: “We will need to wait and see how that can be achieved. It would not be safe to play games if there wasn’t appropriate training beforehand so it will need lots of planning and appropriate funding. Our committee will need time to review it.”

Though the cancellation has wiped out the season for teams playing tackle football BAFA is keeping its non-contact flag football season under review with the possibility it could be allowed to play from August. Teams from Cardiff, Swansea and Gwent all compete in BAFA’s flag leagues.

The decision to cancel the season brings the British game into line with leagues in Ireland, France, Switzerland and Italy while some other European leagues, including Germany, plan to start playing in the autumn.

BAFA chief executive Pete Ackerley told the UK American Football Live You Tube channel he hoped teams and players, supporters and officials will also come forward with innovative suggestions that could be tried out if friendly games are able to go ahead this year.

Following our announcement on Tuesday, Chief Executive Pete Ackerley shares what Covid-19 means for the 2020 contact season, along with news on the flag season.

For more, read about the update on our website: https://t.co/Zag1Ae6KYU pic.twitter.com/6Eo7Jy9Sxg

If full contact British American Football is able to resume in the autumn it will mean the traditional university season can go ahead which for the first time since the sport was incorporated into the main BUCS university sports competition will feature two Welsh sides in the top division.

The Cardiff Cobras feared their chance at promotion to the BUCS Premiership could be scuppered, after an undefeated season, when their Division One South Final, against the Southampton University Stags, was postponed by the suspension of American Football just 48 hours before the crunch encounter in March.

However the Cardiff University side has since had its promotion confirmed, having been the top ranked team in the southern section this year, meaning they can renew their rivalry with the Swansea University Titans.

Though the Cobras, established in 1986 are one of the longest running teams in British American Football, they have lost ground to the Swansea Titans who only began playing in 2009 and have been competing in the Premiership since 2016.

The institutions also compete in their annual Varsity fixture, which was also cancelled this year due to the pandemic, but haven’t met in league action since 2015.

Warriors coach Roberts, who has previously coached the Cardiff University side, said he hopes the university season can go ahead: “I hope that the BUCS season will be played as I’m looking forward to watching the South Wales derby between Cardiff and Swansea in the Premiership for the first time.”