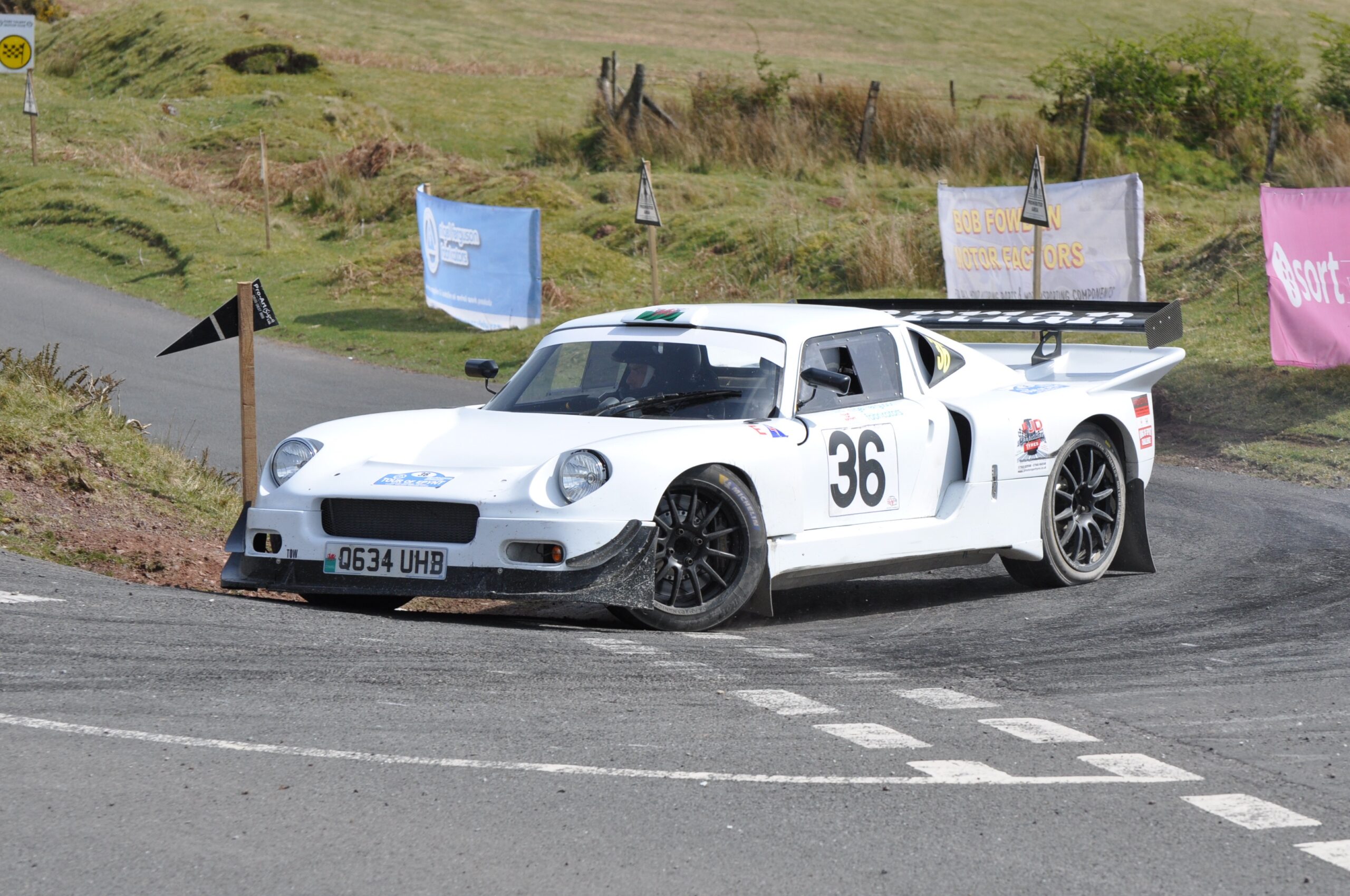 Wayne Jones has taken the lead of the Welsh Tarmacadam Championship after winning the Red Dragon in his Darrian.

The trip over the Severn to Gloucestershire proved to be a good one for Wayne Jones as he took his Darrian T90 GTR to a very comfortable win on the Red Dragon I T Stages Rally.

On only his fifth event in the car, Jones and navigator Jonathan Davies got off to a great start, setting fastest time on the first five special stages before their Darrian’s engine suffered a misfire.

With the spark plugs changed the car was back on song, and fastest time on the final two stages helped the pair end the day with a winning margin of over two minutes.

Going into the event Bob Fowden was leading the J D Tyres Welsh Tarmacadam Championship, but with the Subaru Impreza WRC not entering the Red Dragon, Jones has now moved into the series lead with four of the nine rounds completed.

Also having a good day were Daniel Jones/James Davies who took a career best third overall in their Renault Clio, taking a class win and moving Jones up to fourth place in the Welsh standings and extending his advantage in the Under 25 category.

One place ahead in the championship table is reigning Welsh champion Neil Jones, whose Vauxhall Astra was slowed with power steering problems on the sixth special stage. With repairs completed, Jones and co-driver Alan Thomas pulled back to finish seventh overall and third in their class.

After retiring on the previous two rounds they had entered, Leighton Smith/Karen Phelps were pleased to finish fourth of the Welsh Championship contenders after suffering brake problems in their Peugeot 205 GTi, whilst Kevin and Andrew Davies finished fifth in their Peugeot 206 despite losing time with throttle cable problems.

Whilst it had been a good day for Wayne Jones, things didn’t go so well for his brother Malcolm, who with navigator Rhys Jones alongside, was forced to retire his Renault Clio RS 172 with brake problems on the third special stage.

With championship class leader Will Mains missing the event as he was competing on the Jim Clark Rally in Scotland, Stephen Pritchard was hoping to close the gap to his Vauxhall rival. Unfortunately, he as forced to retire his Nova when it suffered rear axle damage.

Ben Grenter/Kelan Watkins were another crew who failed to make the finish in their Toyota Yaris, whilst Philip Ball/Martin Stembridge were forced to retire their Ford Escort Mk 1 with body damage following an off-road excursion.

Crews now face a break before the fifth round, the Mewla Rally, which will take place over the daunting Epynt ranges at the end of August.

The event is also the final round of the Promotive King of Epynt Challenge, which is currently led by the father and daughter pairing of Damian and Charlotte Cole following their win on the recent Dixies Challenge Rally.