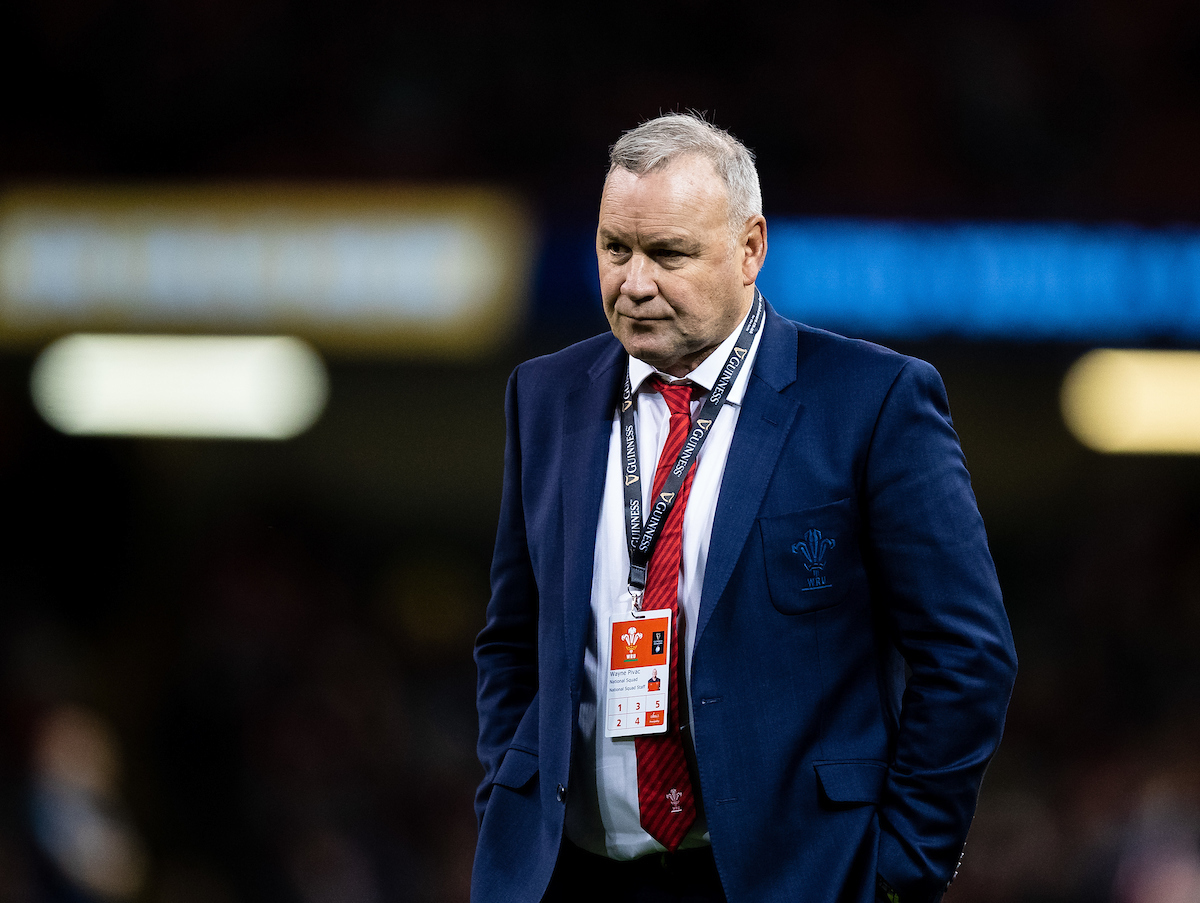 Three games into the Six Nations and Wales have just one victory to show for their efforts. Robin Davey says the bold ambitions of coach Wayne Pivac are being undermined by his own selection calls and a misfiring team.

It’s early days, but for new head coach Wayne Pivac to declare Wales are heading in the right direction after successive Six Nations defeats at the hands of Ireland and France is, well . . .  let’s’ be charitable and say inadvisable.

Some might describe it as plain daft especially as no matter what controversial decisions there may have been by the referee, France were clearly the better side.

And it appears coach and captain are not exactly singing from the same hymn sheet, either, when Alun Wyn Jones – used to success under Warren Gatland – says of the new style that it may be pretty but it’s not winning.

One of a number of problems which have surfaced already after just three championship games in charge is that Pivac & Co are trying to implement a new more adventurous style, but are either not picking the players to follow the plan or the line-ups chosen are playing the opposite way to what’s intended.

Against Ireland it was the defence which was too narrow, leaving gaps, and against France it was the attack which operated within unnecessary confines.

When they did have the French defending in their own 22, and even close to their own line, player after player tried to burrow over when it cried out for the ball to be moved.

Even when France were twice reduced to 14 men after two yellow cards, Wales still tried to bullock over the line rather than spread the ball with the defence creaking.

Pivac will presumably keep to the same approach next time out – especially when the opposition is England at Twickenham a week on Saturday. The hosts sure to repeat the power game which destroyed Ireland, especially in the first half.

But this time Pivac will have to select the kind of team which might, just might, expose England in the wider channels, for they certainly won’t get any joy up front.

And that means at the very least drafting in teenage wing sensation Louis Rees-Zammit whose inclusion I’ve been crying out for from day one of the tournament.

To be fair to Pivac he has been dealt a series of blows on the injury front, a situation which appears to get worse with each passing week.

He could not call on the services of dynamic duo Jonathan Davies and Liam Williams from the start and now in one fell swoop he has lost the services of Josh Adams and possibly George North as well.

Both were forced off against France, Adams damaging an ankle which will sideline him for as much as three months while, worryingly North has suffered yet another concussion which could even put his future in some jeopardy.

The loss of Adams is a particularly severe blow after he roared on to the international stage by becoming the leading tryscorer in last year’s World Cup, carrying on in a similar vein during the Six Nations.

Williams might just make it against England as he is due to return for the Scarlets this weekend, but his recall would still be a gamble considering he has been out for so long.

Injuries and doubts apart though, Pivac could go a lot further than just bringing in Rees-Zammit. Persisting with Dan Biggar at ten and Hadleigh Parkes in the centre is surely at odds with the way he wants to play.

So, in the absence of Davies, fit-again Owen Watkin should be given an opportunity against England while Jarrod Evans would have more chance than Biggar of unlocking the English defence.

And Tomos Williams offers more of an attacking threat than Gareth Davies, who disappointed against France.

Rhys Webb is out of the equation as his temporary move to Bath before rejoining the Ospreys next season comes too late for him to make an impression in the Six Nations.

Dragons lock Cory Hill is another player who has been hampered by injury, otherwise his all-round game could have been utilised.

Prop Leon Brown could have been given a start as Pivac searches for more mobility, especially when England will go for the direct approach which crunched Ireland and, sensationally, the All Blacks in the World Cup.

At least the decision to recall Ross Moriarty for the France match paid dividends as the back row forward showed some of the dynamism which was missing post-World Cup after he was laid low by a virus.

Justin Tipuric remains a certainty and while Taulupe Faletau is looking a bit rusty after being absent for so long because of successive arm and shoulder operations, he is far too good a player to even consider leaving out.

So, this time Pivac needs to get selection right for what will be a mighty test against the English juggernaut, otherwise it will result in a hat-trick of defeats.

Eddie Jones will, no doubt, take great delight in twisting the knife during the build-up. Wales will have to go some to wipe that smile off his face.