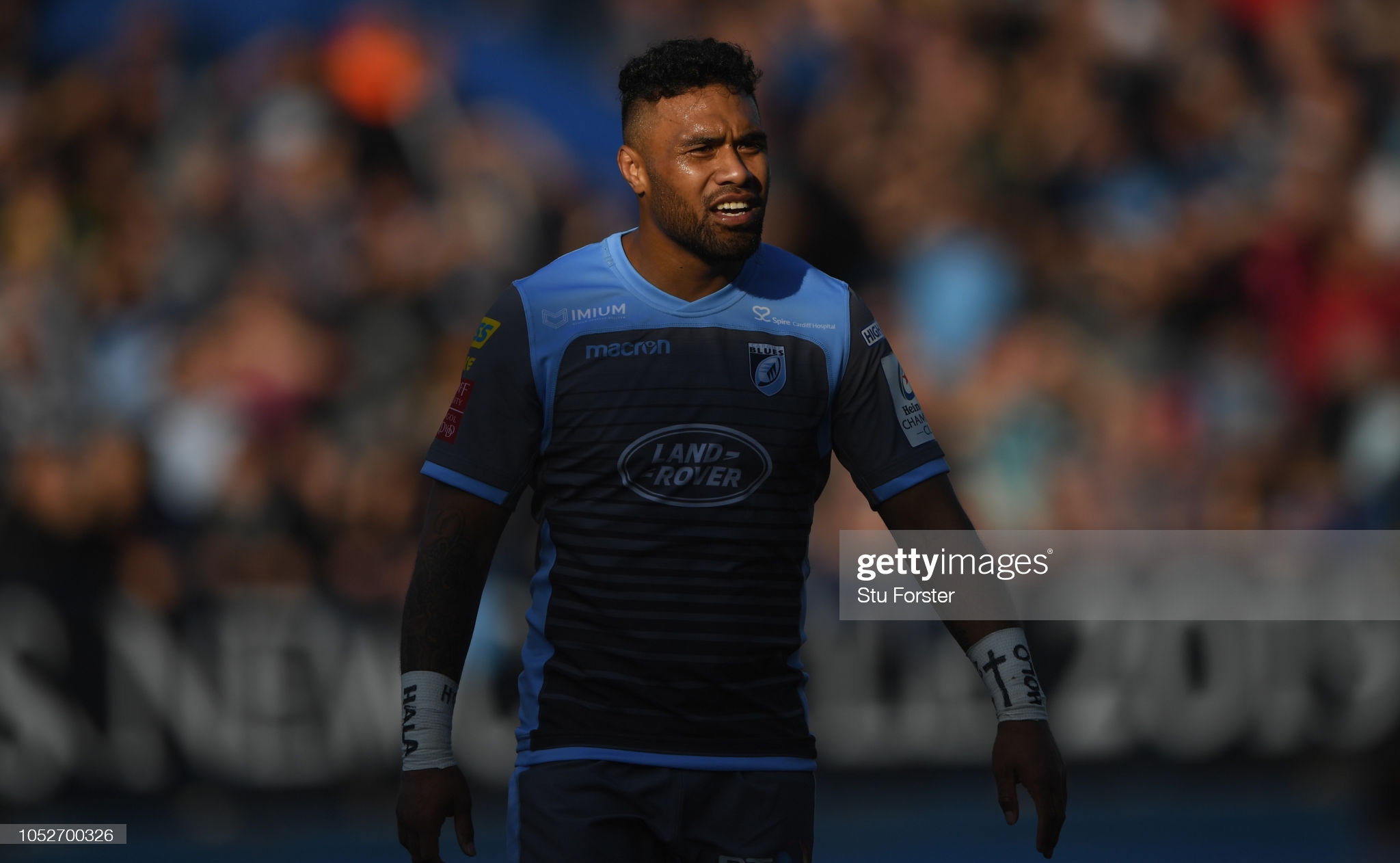 Wayne Pivac may have called up Willis Halaholo for a likely first Wales cap this weekend, but is not the first time the coach has held faith in his fellow New Zealander.

Halaholo will be among the replacements to face Scotland at Murrafield in round two of the Six Nations on Saturday, a dozen years since the centre made his first big impression on Pivac.

That was when the Kiwi coach was at North Harbour and Halaholo was making a reputation at Auckland academy.

“To get into the Auckland academy as a young player, you’ve been identified at a young age,” says Pivac.

“He was one of those players that just had fantastic feet, something that you can’t coach. He’s just got natural ability and skill.

“With Willis, it was always a matter of just how much he was prepared to put into the game, how hard he wanted to work in getting the work ethic required to play at the top level.

“He worked at that over a long period of time and he ended up doing well with the Hurricanes.

“On the back of that, getting a contract at the Blues. He’s fought back from a serious injury, so he’s shown a lot of character there as well. I think he could be a special player going forward.”

Since moving to south Wales and scoring on his Cardiff Blues debut against Benetton in November 2016, Halaholo has became a fan favourite at the Cardiff Arms Park.

He has made 76 appearances in total, getting over the white line 15 times.

He was also part of the successful 2017/18 European Challenge Cup campaign, which was won in Bilbao against Gloucester.

Pivac believes he will add something to the squad that no other player can – and while a recall for Jamie Roberts was considered, Pivac believes having Halaholo on the bench gives Wales an added dimension.

“Willis has got fantastic feet, he has (the) most defenders beaten, and he wins the most collisions out of any of the Welsh players in the mid field.

“He’s got something that other players don’t have and that’s the ability to break the line, to beat defenders and a very exciting skill set. Hopefully at some stage on the weekend we’ll get to see.”

The quick stepper also won silverware with Wellington-based side, Hurricanes. He started at 12 in his side’s 20-3 victory over soon to be Pro16 outfit, Lions.

Having only been in the squad since early this week, Pivac emphasised the support and help that is available to Halaholo, who has been subject in the past to racist abuse from those who seem to find the idea of a Tongan qualifying legitimately for Wales through the three-year residency rule somehow more difficult to stomach than when it was Hadleigh Parkes.

“I’m a good one to talk to him, and Taulupe Faletau as well – they’re both Tongan boys,” adds Pivac.

“They’re having a catch up and talking all things Welsh rugby. I know him very well. He’s a talented bloke, he’s got a good head on his shoulders.

“He’s had a tough upbringing, so he’s a very level-headed young man. 30 years of age, he’s still a young man in my opinion. He’s got a lot of rugby ahead of him.

“He brings to us an exciting skill set and that’s what we’re focused on. He’s going to bring something a little bit different that we don’t have in the squad. That to me is exciting.”

Wales have only lost at Murrayfield once on their last six visits, but although their team contains not far short of an average of 60 caps a player, they have had to make five changes after Sunday’s victory over Ireland.

“Injuries happen and you have to box on,” says Pivac.

“We have Liam Williams back, so it is not all doom and gloom. It is an experienced team and it will be an interesting game.

“Scotland learned a lot from the World Cup and seem to be going from strength to strength. We have a short turnaround and have to travel so we have done a lot in the classroom this week.”